In the 67th in a series of posts on 2016 books entered for The Story Prize, Matt Bell, author of A Tree or a Person or a Wall (Soho Press), explains why he left a story out of his collection. 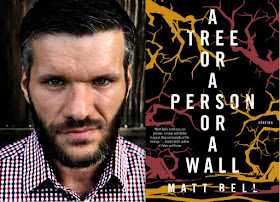 There are thirteen stories in How They Were Found, my first story collection, but only nine of them made it to A Tree or a Person or a Wall, my latest, which includes most of that out-of-print book as well as a previously published novella and a number of new stories. Of the four stories left out, three were easy and obvious exclusions. Two very short stories would have been swallowed up in the nearly four hundred pages of A Tree or a Person or a Wall. Another was among the earliest stories I wrote for How They Were Found, and it no longer seemed strong enough to stand beside the stories that followed.

The fourth was titled "The Leftover," and it was one of my favorites.

A breakup story, "The Leftover" concerned a young woman whose boyfriend moved out—but who somehow left behind a smaller, childlike version of himself who the woman now had to care for. There was a sweetness to the story that I always liked, a tenderness often absent from other stories of mine, and I think it was funny in its absurdity in a way that made it a valuable addition to How They Were Found, an often grim collection. But by the time I was putting together A Tree or a Person or a Wall, I knew I couldn't include it again.

The problem? Rereading the "The Leftover" meant admitting it didn't really feel like it was mine but Aimee Bender's. 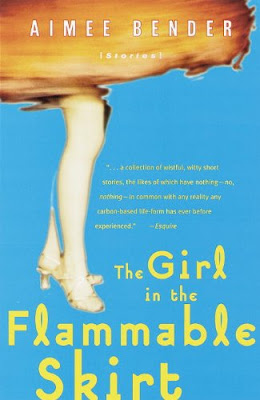 Or rather: what it felt like was a piece of Aimee Bender fan fiction. The events of the story could have come right out of one of her books—which isn't to say I'd rendered them as well as she would have. (Another hallmark of fan fiction: The writing and the invention are rarely as good as the original.) It had enough markers of what I think of as "my style" to stand alone if I never said anything, but obviously it owed an enormous debt to Bender, her worlds, her style. Reading my story again with fresh eyes, it was hard for me to feel that I'd added enough to what I'd taken to really call it mine.

So I decided "The Leftover" was fan fiction—but was that necessarily a bad thing? "Fan fiction" can be a term of derision: The form isn't exactly beloved by most literary writers, and certainly most creative writing teachers see it as part of their job to encourage students away from it, even though many beginning students are in writing classes because of their love for fan fiction—writing inside the worlds of their heroes is not infrequently the only kind of fiction they've written so far. And why not? In her book On Beauty, Elaine Scarry says that "Beauty brings copies of itself into being… Sometimes it gives rise to exact replication and other times to resemblances and still other times to things whose connection to the original site of inspiration is unrecognizable."

Around the time I wrote "The Leftover," there were few writers whose work I loved as much as I loved Aimee Bender's stories. They were smart and funny and weird, and though I didn't yet have the technical language to describe all of their effects, there were techniques she used that rang deeply true to my own felt experience of the world. For instance, there's often a "flatness" to her depictions of action that (thanks to Kate Bernheimer's writing) I've learned to recognize in other kinds of non-realist writing like fairy tales, and I loved how concrete the magic in Bender's stories was, how she never winked at the reader or flinched from the consequences of introducing some unlikely new reality into the world we know. But as much I liked these elements of Bender's writing, I hadn't yet taken what I learned and made it fully my own, at least not in "The Leftover," where what I'd taken from Bender is now so much more apparent to me than it is in other stories of mine, which surely also bear her influence in less obvious ways.

(A side note: Could there be any more obvious title for a story of fan fiction than "The Leftover"? A story literally made as if from the scraps of a better story, "reheated" by the imagination of a writer who had fond memories of some fresher original?)

Part of the problem of "The Leftover" and Bender's total influence on it is easy for me to diagnose now: I just hadn't read enough other books like hers yet, books working in the same traditions that would expand and complicate my fandom until I could see more of the possibilities of this kind of fabulist writing. I needed Karen Russell, I needed Kelly Link, I needed Karin Tidbeck, I needed Jorge Luis Borges and Gabriel García Marquez and dozens of other fabulists, magical realists, writers of contemporary fairy tales and myths.

To more fully become my own writer, I needed as many of these kinds of writers as I could find, and however many I read it will never be enough.

One of the truest things I've learned about writing fiction is that the writers who seem the most original are often paradoxically the ones with the most influences. They read from the most eras, from the most traditions. They love writers not just from America but from around the world. They read diversely, in every sense of the word. And all their fandoms combine into something seemingly new, some composite "imagination" not yet seen, which makes them seem utterly unique. But perhaps that's not really it: Perhaps these most original writers are simply better fan fiction writers than the rest of us, because the beauty they're imitating comes from more sources, because they have learned to drawn upon the example of not just one way of seeing the world but many.

I know now that every sentence I write is, in one way or another, a love letter to a sentence I've read, a fan fiction in miniature. Still, I removed "The Leftover" from my newest book because it was too obviously an overt love letter to only Aimee Bender—to what I understood about Bender's sentences, her techniques, her preferred story shapes. It was too simple an affection, too obviously a mimicry. Since then, a lot of other writers have come into my life through their books, each unique in his or her own way, each offering some slightly skewed way of looking at this world we share. I fall in love with a new writer, and each new love leaves its mark, hopefully joining all the others that have come before to share what's best of their art with whatever is most mine in me, their stories making new tales through me, as best as we all can.
The Story Prize at 2:46 PM
Share
‹
›
Home
View web version