In the 36th in a series of posts on 2012 short story collections entered for The Story Prize, Jennifer Moses, author of Visiting Hours (Fomite Press), discusses her writing habits and sleeping regimen. 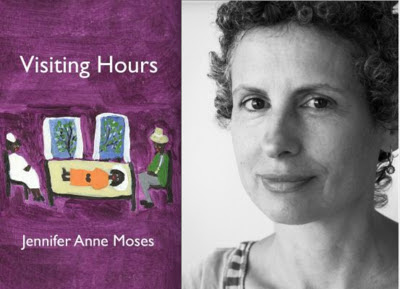 When I speak to audiences about my work as writer, the one question that invariably comes up concerns my schedule: “What kinds of hours do you set for yourself?”

And then the collective bewilderment. The idea is that writers, who possess god-like gifts of creativity, must also hew to a rigorous discipline of endless hours at the writing desk, a la Tolstoy, or the work simply won’t get done. But then you have to think about the likes of, say, Trollope, with his forty-seven novels, twelve collections of short stories, eighteen works of nonfiction, two plays, and life-long day-job at the British postal service, his decades-long habit of fox-hunting, his run for Parliament, and his marriage; or, to take another good example, Edith Wharton, who spent a whole bunch of time decorating, buying and selling real estate, schmoozing on an international scale, and making trans-Atlantic crossings. Come to think about it, the great Tolstoy himself, when he wasn’t writing, was busy chasing tail, gambling, fighting, impregnating his wife, launching various Utopian educational programs, volunteering to save Russia from itself, organizing food drives for various famines, suffering spiritual crises, and generally being all over the place all at once and all the time. Coffee, anyone?

I too drink coffee, but not much, and that’s because I don’t need to. After all, the one schedule I do rigorously adhere to is my sleeping schedule, which demands no less than a full nine hours of nighty-night, every night, and without fail. If I get less than nine hours of sleep, I’m so off-kilter that anxiety creeps up on me like a tsunami and I go around the house hugging stuffed animals to myself and crying. Really. I know all about sleep deprivation, too, having experienced it both during the infancy of my and my husband’s first-born son (who is now 23), and, four years later, of our twins. Let’s put it this way: given how tired I was, it was a miracle I never dropped any of them on their heads. Or tucked one of them to bed in the freezer compartment of our family-sized Whirlpool, where I wouldn’t have to hear the kid screaming.

The point is, the one thing I did do “full time,” to use the ridiculous nomenclature of our post-industrial, hyper-wired, and over-stimulated times, was be a mommy. The job came fully loaded with a mommy mini-van complete with the scent of ancient spilled chocolate milk; a mommy tummy, crisscrossed with stretch marks; a house filled with cheap plastic toys; and endless trips, to doctors and dentists, to soccer practice, to back-to-school nights, to meetings with the principal, to cross-country meets, to eight thousand birthday parties, to school plays…

Thus one of the many lures of writing short stories. Because one of the great things about the form is: a short story is, you know, short. WHOOSH! A voice is speaking, dictating the first, and then the second, and then the third sentence and so forth and so on until I look up from my computer and gosh darn it if both twins aren’t up from their naps and screaming their lungs out, but that’s okay because, what do you know, the Eagle has landed. Or maybe it’s a rather less pleasant experience, where—KERBANG!—I get this utterly fab idea for a sweet little story, only it dies a slow and desperate death on the page, one agonizing paragraph after the next, until, by half-way through what was supposed to be a masterpiece, the thing has expired. But at least I didn’t forget to, you know, pick up my kid from school. Not to mention that I got a full load of laundry done.

Not that I waste a whole heck of a lot of time, either. Because the one thing about getting things done is: you have to do them to do them. That includes writing. There just ain’t two ways about it: If you want to write that story, or novel, or poem, you’ve got to sling your butt in the chair and put one word in front of the other.

Which I do do. I just don’t do it according to the clock.

By the time my little ones got to be bigger ones, and then, thank God, big enough to go to college, I’d long since embarked on other forms: extended essays; memoir; humor; long fiction. But by then my habit of non-adherence to a fixed schedule was long since fixed, such that to this day, Trollope-like, I make a point of regularly mounting my trusty stead to go to the foxes. Kidding! But I do spend a lot of time walking my two dogs, playing the piano, gazing at wallpaper patterns on the internet, re-arranging the knick-knacks, cooking, going to an occasional hip-hop class, meeting friends, visiting my kids, and all kinds of other things that I can’t imagine giving up. And why should I? If Edith Wharton could stay in bed until nearly noon and obsess about home décor, than surely I can, too.
Posted by The Story Prize at 4:37 PM