K.D. Miller Works with What She Has

In the 15th in a series of posts on 2014 books entered for The Story Prize, K.D. Miller, author of All Saints (Biblioasis), discusses applying her theatrical training to her writing. 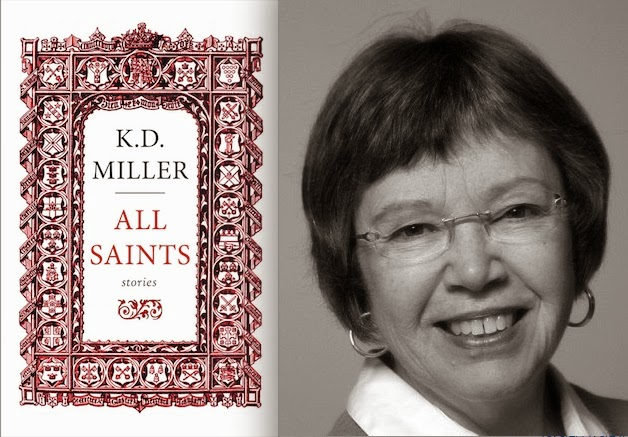 If you weren't a writer, what would you be doing?
What I would like to be (whether or not I could manage it) is either an actor or a down-and-dirty blues singer. I don’t sing at all, but I do have an acting/theatre background. In fact, it was very much a road not taken.

What else (beyond books and writing) informs or inspires your work?
Theatre. Good acting excites me as much as good writing does, and the two are remarkably alike in terms of the muscles they use. I don’t regret a minute of my acting and directing training. I use it every day at my desk.

Describe an unusual writing habit of yours.
I get up at 4 a.m. and am usually at my desk by 4:30. Yes, really. I write before I set out for my day job, which pays the rent. If a story is on the home stretch, I might write in the evening. But usually, it’s the hour and a half first thing in the morning that gets it done.

Where do you do most of your work?
I compose by hand at an antique “secretary” desk—one with a drop-down writing surface and pigeon holes. For computer work, I have a computer desk that supports my laptop and printer. Both are in the sunroom of my apartment.

What do you do when you're stuck or have "writer's block"?
I go to my desk at the usual time and just read. You have to breathe in sometimes.

What advice do you have for aspiring writers?
Write. Stop talking about it, thinking about it, claiming you have no time for it. Just do it. Every day. Ten minutes a day is better than nothing. And it will grow.

What one story that someone else has written do you wish you had written?
It would have to be a tossup between James Joyce’s "The Dead" and Alice Munro’s two-part story, "Chaddeleys and Flemings." Both fill me with what I can only describe as delicious longing.

Do you ever borrow characters or situations from real life, and has anyone ever confronted you about it, been angry or pleased?
My characters are patchworks—a vocal tic here, a gesture or habitual posture there—and of course, a big dollop of myself. It is, in my opinion, impossible to make anything up out of whole cloth. What do we have to work with, aside from our own observations, memories, experiences? Everything is borrowed. (Or stolen, depending on your point of view.) A friend of mine once told me a funny anecdote about scattering her husband’s ashes. I told her she should be careful about telling stuff like that to a writer, since they might work it into their fiction. She got very excited, and all but begged me to use the anecdote. So I did, in one of the stories in All Saints.

What's the worst idea for a story you've ever had?
I’m not sure I can answer that. I certainly have stories that have died on the page, or been less than my best work. But I never entirely trash anything. I keep fragments and scraps of dialogue, character sketches, bits of scenes. It’s like compost. Really fertile. And it can sprout after years or even decades of lying around doing nothing. 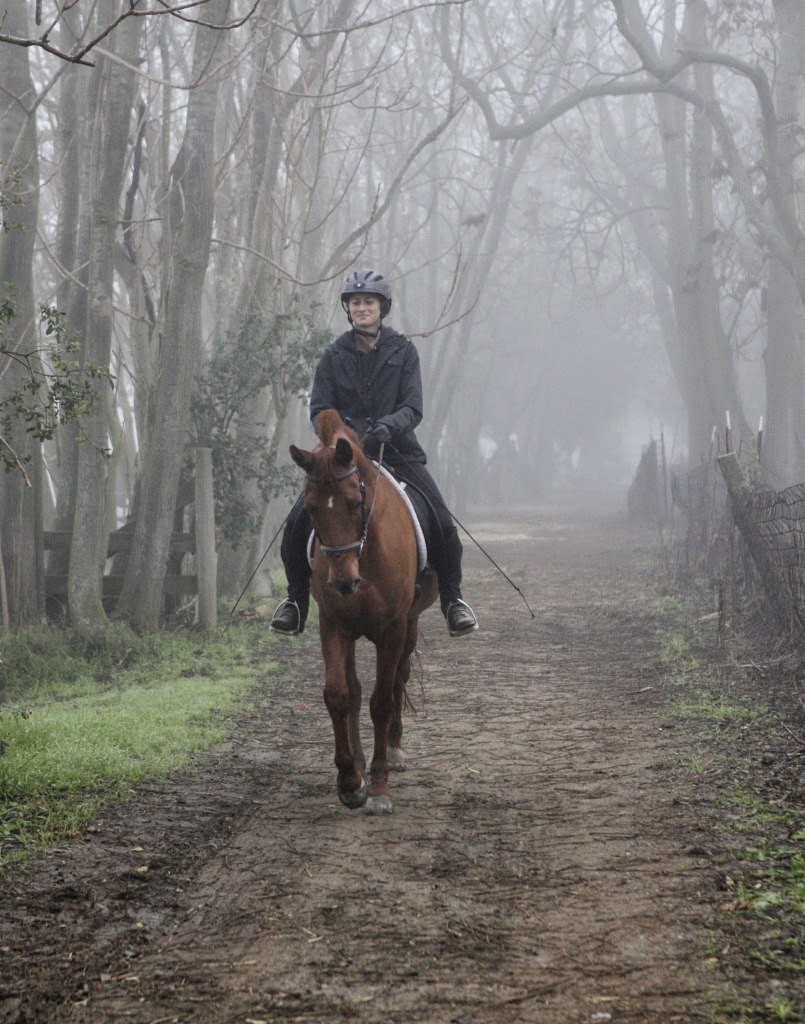 What's the best story idea you've had that you've never been able to write to your satisfaction?
Actually, I think I may have finally captured this in a poem. When I was thirteen, the family went on vacation in Maine. One very foggy morning, I got up early and went for a walk. I heard the clop of horse’s hooves. Out of the fog came a horse with a girl my age on its back. She rode past me, and disappeared back into the fog. I was possessed of an almost unbearable yearning to be that girl, and I tried for years to write about that moment. Again, my poem “Girl in the Morning” might be the best I can do.

Girl in the Morning

Thirteen. Awake and out the door

while the family sleeps on.
Walking through a morning fog
she takes as her own—
a gift from the universe—
cool and grey as the mystery
she holds too close
for anyone but her to solve.

Watching her now. Knowing, as I do,
that the seagulls guessed the ending
ages ago, and are crying down
one red herring after another.
Listening, as I can, to the ocean
patiently repeating the solution.

But she is too marvellous to hear.
And when she gets back to the cottage
she’ll be so magnificent and strange
that none of them across the table
will ever be able to understand her.
Those last minutes
before seeing that girl on her horse.
The one who will ride through my memory
for the rest of my life.
And nothing will summon her,
nothing dismiss her.
She will just be there, then gone,
as on that morning in Maine.

First the clop of hoof on stone,
a sound out of time.
Then the long nodding head,
nosing through the fog.
And finally the girl. High and alone.
My age and ancient and yet to be born.

What does she do to me
that so breaks my heart?
Is it enough to know
she led this animal forth this morning
and gathered the reins at its shoulder
and stepped high into the stirrup
and pulled herself astride?

If she knows she is everything
I will ever pray to be,
it does not show in the curving rein
that could tug to call a halt,
or in the swaying boot
that could prod to command a gallop.

She is content for now
with this slow procession
through the grey.

The fog closes round her.
Sounds of hoof and leather enter silence, leaving me small on the ground,
hearing at last the gulls’ high laughter,
the ocean’s consoling sigh.

Back at the cottage, the family:
But don’t you like horses?
And so what if she passed you by?
That’s nothing to cry about.
So begin the screaming and slamming,
the Nobody understands me.

How can I explain even now
why I bow to that girl each time
she rides through, just as I did
at thirteen, then cry again
without words to her shadow—
something between come back

and go away and take me with you.
Posted by The Story Prize at 9:17 AM