In the 20th in a series of posts on 2017 books entered for The Story Prize, Matthew Lansburgh, author of Outside Is the Ocean (University of Iowa Press), discusses the process of writing and publishing his work. 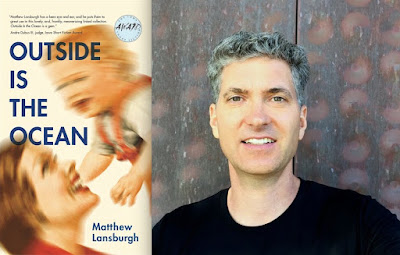 What is the best piece of writing advice you've ever received?
When I was a student in NYU's MFA program, I was lucky enough to be able to work with Zadie Smith. She read an early version of what became Outside Is the Ocean, and we met for coffee twice. She gave me a lot of helpful feedback, but one of the best pieces of advice I gleaned from our meetings was the importance of putting your work aside so you can come back to it with fresh eyes. She told me she sometimes puts drafts of her work in a drawer for several months before picking them up again. I now try to do the same thing, and I've found it to be incredibly helpful.

Did the stories in your collection go through many drafts?
I started working on Outside Is the Ocean over a decade ago. The stories I worked on when I began the project went through a huge number of drafts. I revised some of them dozens and dozens of times. The last stories I wrote—"Buddy," "Outside Is the Ocean," "Amalia," and "Clear Waters Below"—went through fewer revisions. I guess the earliest stories were the vehicles I used to learn how to write a story.

Were there times when you felt like giving up on the book ?
Without a doubt. For many years, I kept coming back to the project again and again, trying repeatedly to tackle various problems. Occasionally, a journal would publish one of the stories, and that gave me a boost of confidence. Most of the time, however, it felt like I was just wandering blindly through an endless desert without a compass or sense of when my journey would be over.

What's your writing routine like?
Unfortunately, I've never been one of those people who's had a set writing schedule. I admire people who are disciplined enough to get up at 5:30 every morning and write for six hours. I've spent most of the past twenty years working full-time as a lawyer, however, so there have been many long stretches during which I just didn't have the energy to make meaningful progress. I did most of my writing in spurts—vacations, weekends, residencies. Currently, my day job allows me to work just three days a week, so I'm able to devote a lot more of my energy to something that feeds my soul rather than drains it.

Have you shared your work with friends and family?
My partner Stan has been there from Day One, and he's read so many drafts of most of the stories, that he could probably recite certain passages by heart. I've told my siblings about the book, but I still haven't shared the news with my mother. Although it's fiction, some of the dynamics mirror dynamics in my own family, and I'm not sure what my mother's reaction would be. In general, she's very supportive of my writing, and she often asks whether I've written anything I'd be willing to share with her. On the other hand, she and I have had a challenging relationship, and I'm afraid some of the stories might be unsettling to her. People who've read the collection say they find the portrait of Heike to be very sympathetic and nuanced. My hope is that one day my mother will read the stories and see the tremendous love Stewart has for his mother.

What are you working on now? 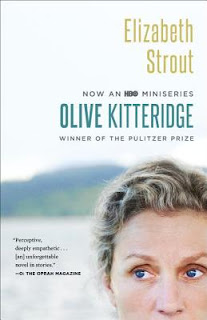 A few years ago, I started writing a novel, the tone and subject matter of which are quite different from Outside Is the Ocean. The new book is a lot funnier and zanier than the story collection. It has a strange cast of characters—including a woman with wings who works at Coney Island—and the protagonist is a complete misfit.

Has the transition from stories to a novel been difficult?
I think all writing is difficult. One of the things I love about the writing process is that I can always create new challenges for myself, new problems to solve. In some ways these two projects aren't as different from one another as one might imagine. The stories in my collection are linked and, like Elizabeth Strout's Olive Kitteridge, examine the lives of a recurring cast of characters from various perspectives. So it posed some of the same challenges I'm facing in writing my novel.
Posted by The Story Prize at 3:02 PM