Melissa Yancy: In Praise of "Bobcat" and the Unruly Story

In the 41st in a series of posts on 2016 books entered for The Story Prize, Melissa Yancy, author of Dog Years (University of Pittsburgh Press), uses a favorite story to argue for a maximalist approach. 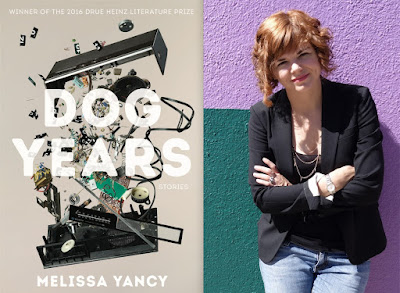 Coco Chanel is often cited with an iconic piece of advice on the art of getting dressed: Before you leave the house, look in the mirror and remove one accessory. Chanel’s less is always more perspective has been applied to home décor and other matters of personal taste, and seems apt for writing, too. Yet I’m going to offer the opposite advice here: Before you’ve finished the story, cram another thing in.

A writing instructor once called me a “putter-inner” instead of a “taker-outer,” a perhaps inelegant but memorable description of my tendency to hoard. Readers have described my short stories as being “like novels,” which could be complimentary, suggesting a desire for the characters to live on, or a criticism, implying that I’ve failed at the density or compression the short form requires. But the remark accurately reflects that I often cram a lot of furniture and curios into a tiny room or hang many baubles on a very delicate wrist (which sounds dangerous, indeed). 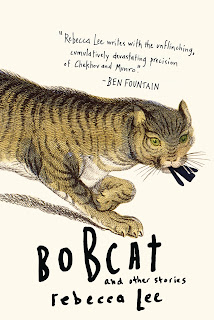 I have often resisted this natural tendency, longing instead for leaner, finer structures, characters whose backstories make no appearance, every word serving—as many essayists on the art of the short story have prescribed—the totality of the story, the harmonious whole. And then I will read a story like Rebecca Lee’s “Bobcat” and be reminded of the giddying virtues of the tightly-packed short story, its textures and density like a bohemian enclave where rugs are tossed over other rugs, and crookedly framed photographs compete for space on the wall.

On its surface, “Bobcat” is a dinner party story, one of the best little scaffolds on which to hang a story: there will be a beginning, a middle and an end. How simple, how clear. There will be guests, food will presumably be served. So much is already decided. And yet, in the hands of a weaver like Lee, layer after layer emerges; in a fitting little wink, the story begins with a failed terrine. This story, the opening announces, will be like a lumpy meatloaf, all manner of odd bits folded in (but “meant to evince a perfect melding of disparate entities”).

There is a lot going on here. The narrator, our pregnant hostess, is threatened by a female character in her husband’s recent novel, and her husband’s intimate relationship with his book editor, who will be in attendance; the editor is distracted because she’s waiting to receive a book proposal for Salman Rushdie’s memoir about the fatwa. The other couple at the party, the so-called “Donner-Blitzens” have recently had a baby of their own, but the husband is having an affair with a paralegal, a fact our hostess knows because she works with him at a law firm where they are defending a Hmong immigrant who failed to allow his wife treatment for her fatal heart condition on religious grounds. Lizbet, the hostess’s childhood friend who has written the “thinking woman’s DaVinci Code” provides moral support, and brings another layered food item—the trifle, that unlike the terrine, is perfect. And finally, there is the guest of bobcat fame, who published a memoir about losing her arm in a bobcat attack on a mountain trek in Nepal. Poems are quoted, there is feminist backstory, conversations about marriage, cannibalism, Hmong religion, a Course in Miracles, all coming together—or not—much like the terrine. There are recurring images of meat, lambs for the slaughter, bellies and beasts. Did I mention how funny the story is?

Although the story braids many elements, repeated reading shows how each image, detail or aside reinforces the central questions of marriage, motherhood, and spousal savagery. It would be a very fine story without this strange addition of the bobcat, and the crucial conversation, late in the dinner, when it becomes unclear if the bobcat is mere metaphor, if the life-threatening attack was a literal event. The bobcat in the story is like the beauty mole on Cindy Crawford, the imperfect detail that actually serves to elevate what would otherwise be too perfect, too symmetrical. It’s impossible to reduce it, to explain why the element of the bobcat works. All of Lee’s stories in the collection are surprising, densely packed with detail, but “Bobcat” is the must read, the finest expression of her style. When I find myself leaning too much toward the symmetrical, the neat, I have only to think of the bobcat to get myself back on course.
Posted by The Story Prize at 9:30 AM