Anthony Varallo and "A Basket of Apples"

In the 41st in a series of posts on 2013 books entered for The Story Prize, Anthony Varallo, author of Think of Me and I'll Know (Triquarterly Books), recalls how a story his high school English teacher read aloud to the class changed his life. 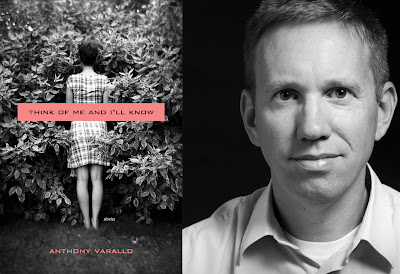 My high school English teacher—I’ll call him Mr. Tim—would occasionally read aloud to us from books, magazines, or newspapers. It was a strange practice, since we were seniors and most of our other teachers had stopped reading aloud to us years ago, stranger still, since the books and magazines Mr. Tim read had nothing to do with our coursework. Mr. Tim liked to read short comic essays—Dave Barry and Garrison Keillor were favorites—or articles from Time, Newsweek, or The New York Times. Mr. Tim was an excellent reader; he had mastered the storyteller’s art of leaving enough spaces between the words to give them each their proper due, although I didn’t realize it at the time. Instead, I pretended to be bored, like the rest of my classmates. Later, I knew we’d make fun of Mr. Tim at lunch. We’d do impressions of him reading aloud at a snail’s pace. That’s the news, here in Lake Wobegone, we’d intone, and then burst out laughing.

But, the thing was, I secretly loved Mr. Tim’s readings. I looked forward to them, even though I wouldn’t admit that to anyone. I wasn’t a very good student, but I was good at making fun of things, slacking off; the kind of student who turned assignments in late, but not too late, my grades low, but not too low. I was barely pulling a B in Mr. Tim’s English class, mostly because I didn’t mind doing the assigned reading, plus I had some vague notion of becoming a writer someday, something else I wouldn’t admit to anyone. 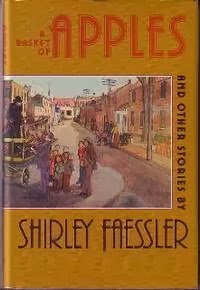 One day Mr. Tim told us he’d like to read something a little different: a short story. A “contemporary” short story; I remember him saying that. And I remember the title, “A Basket of Apples,” by a writer I’d never heard of before, Shirley Faessler. Mr. Tim read the story. The story was about a family. The family had problems. The grandfather of the family was in the hospital, dying, and nobody knew how they were going to break the news of his death to his wife, an old woman who, my memory says, was upstairs in bed as the family gathered in the kitchen and whispered about the father’s death. What were they going to tell her? Should they wait? Was she sleeping?

And then there was one detail that I’ll never forget: The family, in an effort to let the grandmother perhaps sleep a little longer, began silently opening and closing the kitchen drawers and cabinets with exaggerated care, trying not to wake her. I couldn’t believe that detail was in a story. Silently opening and closing the kitchen cabinets and drawers was something I did all the time, since I was often the first one up in my house, making a little game out of fixing a bowl of cereal and two slices of toast without making a sound. Something from my life—something I’d never told anyone about, nor been asked about—was being read by Mr. Tim for the whole class to hear, it seemed, by this writer no one had ever heard of, from this thing called a “contemporary” short story. A story Mr. Tim thought was good enough to read aloud to the class. A story that had been published in a book. For anyone in the world to read whenever they wanted to. I listened to Mr. Tim read and felt suddenly strange. It was the first time I can remember having the following thought: Maybe the things I’ve done and experienced and have even kept secret might be interesting to a reader, a reader who didn’t know me at all, but recognized the truth of my words. What if my life was interesting to another human being?

After class, when all of my friends had already left the room, I asked Mr. Tim if he might be able to give me a copy of “A Basket of Apples.” He looked at me with an expression that said, I’m sure you’re just asking to make fun of this in some way or another, but said he would give me a photocopy by the end of the day. I said thanks and went to lunch, where my friends and I made fun of Mr. Tim reading “A Basket of Apples.” But I knew something my friends didn’t: I was going to get a copy of the story and read it over and over again. And maybe write some stories of my own.
Posted by The Story Prize at 7:38 AM