Justin Taylor and the Unwriteable Idea

In the 26th in a series of posts on 2014 books entered for The Story Prize, Justin Taylor, author of Flings (Harper), discusses where he works and the intersection of real life and fiction in his writing. 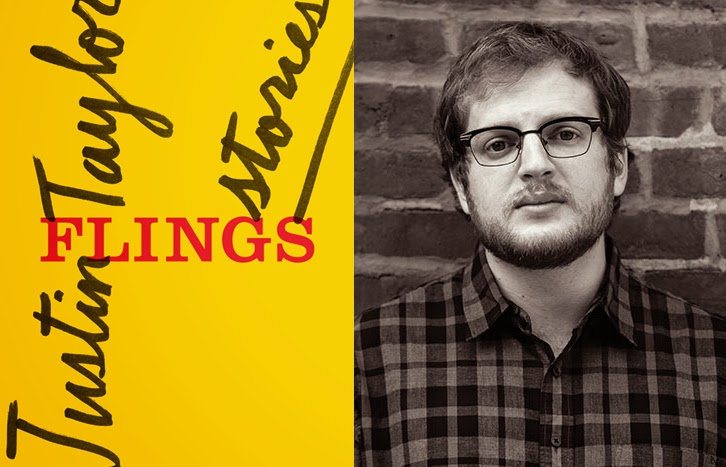 Where do you do most of your work?
The vast majority of my work is done at home. I have never had a problem with distraction or work/life separation. When the writing is going well a work/life separation is the last thing you want—or the last thing I want. The writing is the thing I would always rather be doing. I also like to read my work aloud which you can’t (or shouldn’t) do in a public setting. When I was younger I used to work in coffee shops, which I rarely do anymore, but when I was younger I had a lot more time on my hands in general, so I still probably did about the same amount of work at home. I have a shared office at the Pratt Institute that I use sometimes. Over the summer it was especially glorious because the A/C was free and nobody else was around. Now that school’s back in session there are my students, my colleagues, their students—all lovely people and it’s a great school, but again, not the kind of place you’d go to spend two hours road-testing the dialogue in a sex scene (or whatever).

Do you ever borrow characters or situations from real life, and has anyone ever confronted you about it, been angry or pleased?
There’s a wonderful line in Book X of Augustine’s Confessions: “Some memories pour out to crowd the mind and, when one is searching and asking for something quite different, leap forward into the centre as if saying ‘Surely we are what you want?’” That line has stuck with me since I first read it, six or seven years ago; I come back to it all of the time. Several of the stories in Flings originated as attempts to explore that idea, to hear the memories when they petitioned for attention, and give myself over to them and let them crowd my mind. So these stories deliberately court the autobiographical in a certain way, but at the same time they reject the standard autobiographical imperative of seeing oneself as the protagonist, or even of including oneself at all. And of course in the end these stories were subjected to the same manipulations, distortions, and what-if-ing as anything else. Once a given person or event has been translated into words, aestheticized, revised, edited, perhaps made composite, and certainly integrated into a world of imaginary people, places, and things, I don’t think it’s fair—to life or to me—to continue to think of these things as belonging to the order of the real, though hopefully they still feel true, if that makes sense.

Despite all of which—and here we come to the second part of the question—yeah, sometimes people do encounter themselves/their experiences in my work, usually in some kind of funhouse mirror distortion, which I imagine can be quite jarring. If it’s people I’m close to, I give them a heads up when the thing is coming out—not permission to sit down and write it,  mind you, but fair warning that it’s entering the world. Usually, they’re pleased, sometimes even excited. It can be very validating to know that someone took you seriously enough to imagine your inner life for themselves, though of course there’s a perilously thin line between making people feel visible and making them feel exposed. I try to be very straight with people about the difference between “what I think happened” and “what I ended up writing about.” Most are willing to accept the distortions/revisions as not merely as par for the course, but part of the fun. If it’s people I’m no longer close to—or was never close to in the first place—then I just go ahead with it, and hope that if the person in question ever encounters the work, they’ll take it the way it was intended: as a testament to the impression they made on me, and not an attempt at judgment, slander, or revenge. I mean unless it is those things.

What's the best story idea you've had that you've never been able to write to your satisfaction?
This is a great question, and as it happens I have a very specific answer. I can see it in my mind right now, but I can’t bear to give it away. I will say that it’s been with me for many years, and that the story “The New Life” from my first collection and “Adon Olam” in Flings were both attempts to write it, as were a few very early and aborted versions of what became “Mike’s Song” (also in Flings). The culvert below the road where the narrator goes in “Adon Olam” is a crucial image that constitutes one part of it, but that’s as close as I’ve been able to come. And weirdly those are some of my favorite of my own stories, so there must be something powerful and generative about this ongoing failure. Perhaps the unwriteable idea is a kind of goose that lays golden eggs. I’m almost scared to ever get it right now, but I guess there’s small enough risk of that, so I’ll probably keep trying.
Posted by The Story Prize at 1:34 PM