In the 54th in a series of posts on 2014 books entered for The Story Prize, Diane Schoemperlen, author of By the Book (Biblioasis Press), discusses her writing collage process. 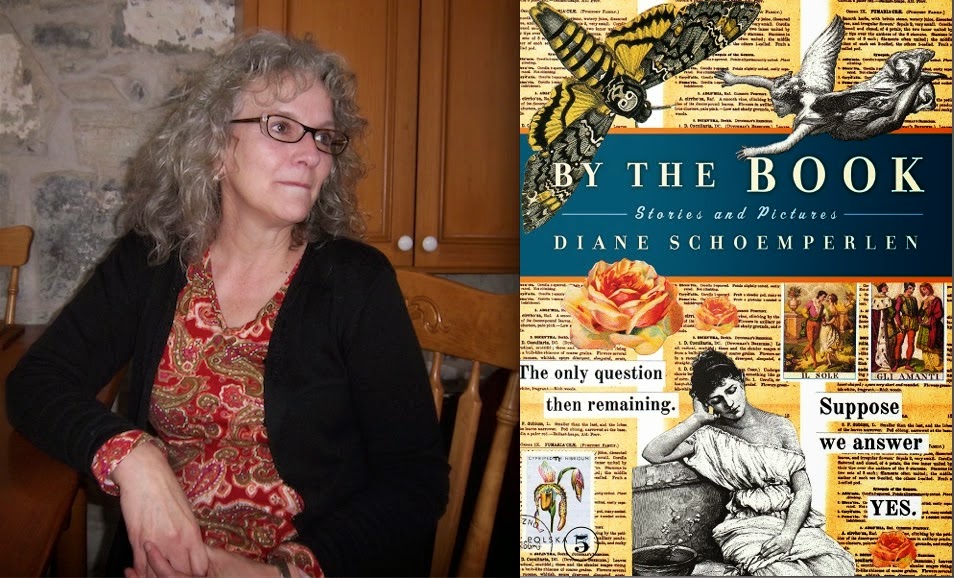 Since the beginning of my writing life, I’ve been fascinated by the intersection of word and image. My very first book, Double Exposures, published way back in 1984, was a fictional novella illustrated with old black-and-white family photographs. 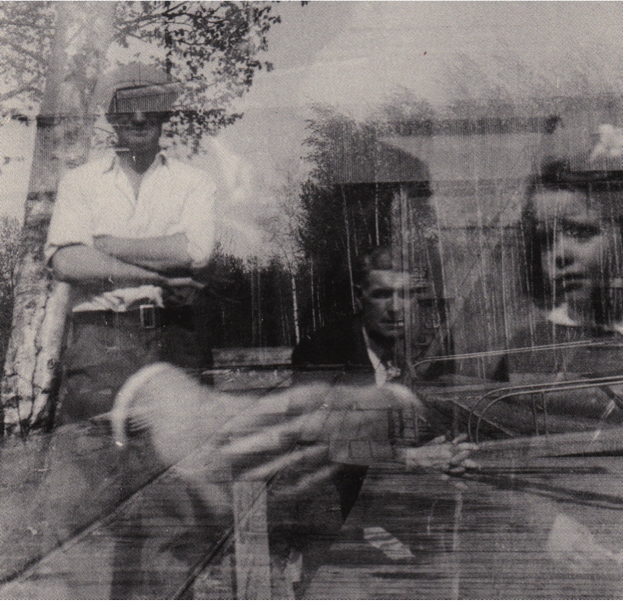 My first novel, In the Language of Love, peatured a collage artist as the main character. While researching collage techniques so I could write about them in the novel, I began making some of my own. It wasn’t a big leap to think about including collages in my next book.

That next book, published in 1998, was a collection called Forms of Devotion that went on to win the Governor-General’s Award for English Fiction that year. The stories in this book didn’t much fit any standard definition of “story” and I illustrated them with black-and-white line drawings and wood engravings from earlier centuries. The more I worked with the combination of word and image, the more I felt it added multiple dimensions of meaning and resonance to each piece. 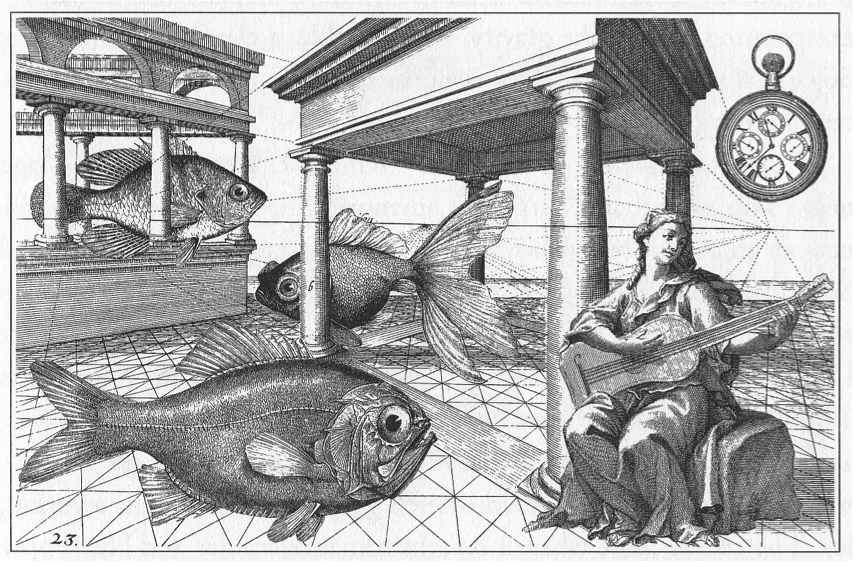 Although I continued to happily write and publish several more “normal” books (that is, books with words only, no pictures) in the following years, I knew I wasn’t finished with the idea of illustrated fiction. In my new book, By The Book, I’ve gone even further in exploring my fascination with fragment and collage, stretching the boundaries of both the text and the illustrations. The stories themselves are drawn in various ways from old books originally published in the late 19th and early 20th centuries. Many of these are elementary school textbooks about such diverse topics as nature, geography, history, and hygiene. The title story is based on a handbook for Italian citizens emigrating to the United States in 1900. These stories are in the tradition of the objet trouvé, in that I used the sentences exactly as they appeared in the old books to produce a new kind of found narrative that is an expanded, exploded, and embroidered rearrangement of the original material. Putting the text of the stories together was like doing a jigsaw puzzle and ending up with a picture entirely different than the one on the front of the box.

The collages that accompany the stories are in full color this time, created by much the same process: putting together seemingly unlike and unconnected bits and pieces and seeing what happens. It is the way these fragments, both textual and visual, spark off each other that makes them work. 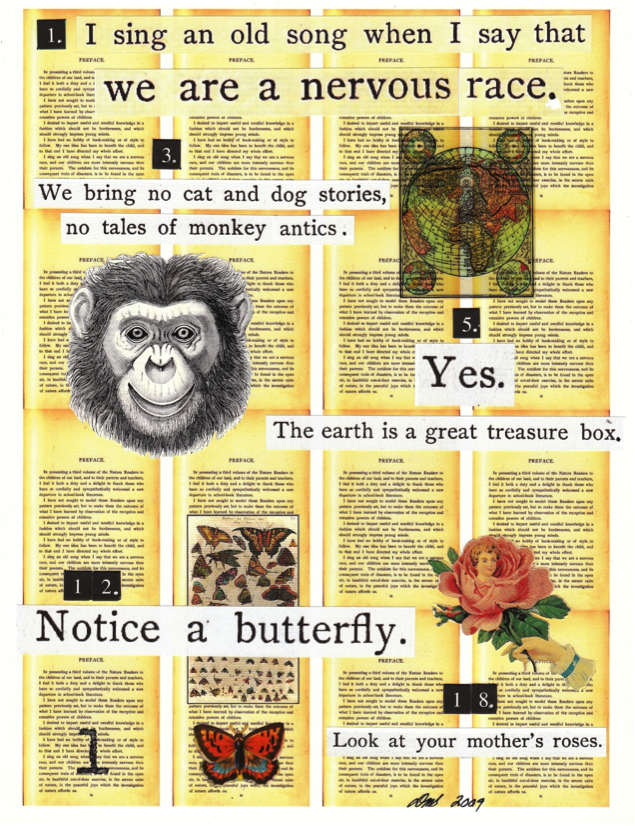 Combining the creative processes that are activated by working with words and working with images always yields surprising, satisfying, and often humorous results. I like to think it opens up those hidden folds in your brain to which you do not otherwise have easy access. I’m now making a series of small collages that can be used as writing prompts. Starting with illustrations from an art-themed desk calendar as backgrounds, I’ve been adding a selection of smaller images and lines of text from old textbooks about grammar, composition, reading, and spelling. 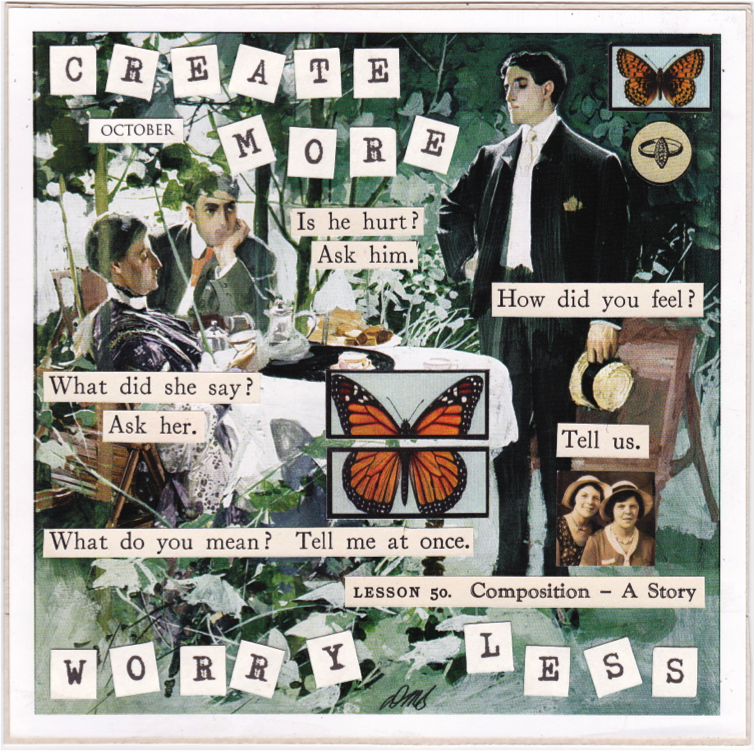 Perhaps these collages ignite creative thinking because they offer more questions than answers. Can you dig out a story from what is suggested by this picture? 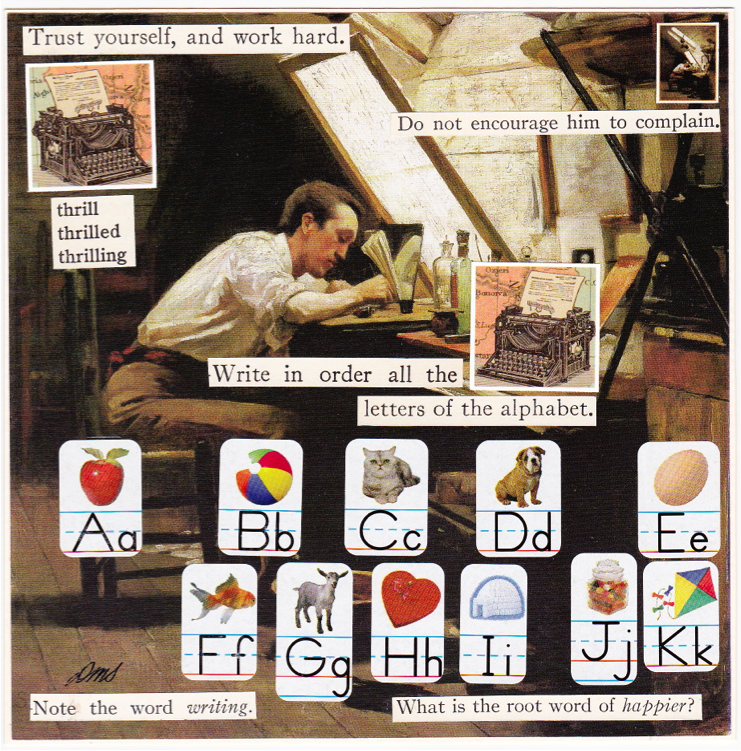 Try it. I can guarantee that you will surprise yourself.
Posted by The Story Prize at 8:40 AM