Sean Ennis Puts in the Time

In the 61st in a series of posts on 2014 books entered for The Story Prize, Sean Ennis, author of Chase Us (Little A/New Harvest), talks about borrowing from real life and setting himself up to be lucky. 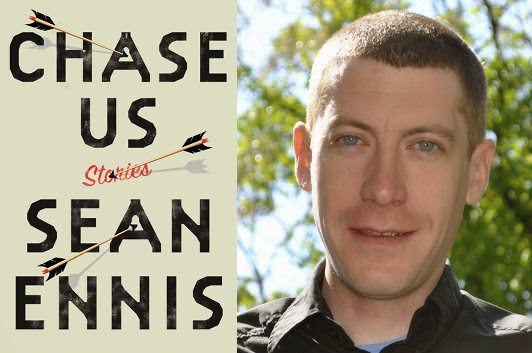 If you weren't a writer, what would you be doing?
I was a Philosophy major in college so I didn’t have a clear career path.

The last job I left before pursuing writing seriously was with the City of Philadelphia. I was a “management trainee,” which meant I did a lot of high level photocopying, and took minutes at meetings I didn’t understand. The pay was really good, and would increase, regularly, so long as I didn’t, like, carve a swastika into my desk, or pull my pants down in front of the mayor’s wife when she occasionally visited. Men in crumpled khakis would often corner me in the elevator and say, “You could be me in twenty years.” This was terrifying. But my father, a city employee himself, told me that if I didn’t find anything else to do, he would make me quit that job within a year—a bit of advice I’ve always been grateful for. Still, every once in a while, I do imagine what would have happened if I stayed on board. I mean, I had a Palm Pilot (remember those?). 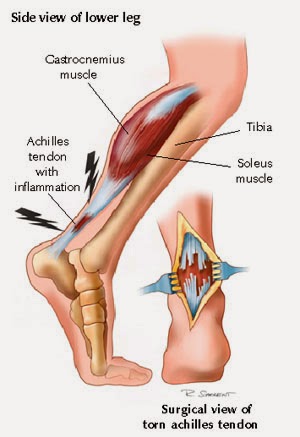 I recently tore my Achilles tendon and have started physical therapy. My PT is the happiest person I’ve met in years. He bobs among us injured with exercise demands and hums along to the Top Forty radio blaring in the training room. Someone asks him about Twitter and he says he only follows other PTs and pastors. From overheard chatter, it sounds like he and his wife just adopted a very sick little girl from Africa. He heals people. I’d like to do that. Like lots of writers, I teach writing, and it’s often hard to know whether there’s progress with my students. But my foot is less purple, and I’m getting closer and closer to picking up a marble with my toes. What a cool job.

Do you ever borrow characters or situations from real life, and has anyone ever confronted you about it, been angry or pleased?
All the time. It’s unclear to me how else I would generate story. But there’s rarely a one-to-one connection though—events get exaggerated and compressed, characters are often mash-ups of a few people I’ve met, and personality traits are blown up or deflated as seems appropriate.

I’ve never really had a negative experience with this. It took my mother a little bit of time to distance herself from anytime I wrote about a mother. But that makes sense. I think my friends get a kick out of seeing themselves occasionally in my fiction. And I have sympathy—it’s not easy to be in a relationship with a writer who might be mining you for material. But I think a responsible fiction writer doesn’t just copy and paste people or events onto the page. Still, the real world is usually more interesting than pure imagination.

For me, this is one of the less reported on benefits of being a writer: the opportunity to transform crappy real life events into art. When something catastrophic, or tragic, or even just downright irritating is happening, I pretty quickly start taking notes. This might be an unhealthy response to real life events, but it does provide new fodder for story-telling.


What's the worst idea for a story you've ever had?
I love this question, and I wish I had a great example, but I don’t. It’s certainly not because I haven’t had terrible ideas, but they’re bad because they’re boring (and so probably not worth reporting on here). Most of my stories worth abandoning have to do with people who are trapped, or even just extremely bored. These are really difficult plots to move forward, even if the first few pages might be interesting. My worst ideas have no legitimate engine to push them forward.

What advice do you have for aspiring writers?
For writing in general, I’d just assert that the work gets better when you put the time in. Forget mystical issues of “talent” or “inspiration.” Writing effective fiction is much more like hitting a 90 mph fastball or cooking the perfect omelet, than convening with some muse—practice, practice, practice. Your worst idea is instructive, and your best ideas usually come while you are already writing. As far as I can tell, there is no third party, no spirit guide, no secret knowledge that some writers have access to while others don’t.

For publishing, I think the real virtues are patience and persistence. This isn’t sexy advice, but most publishing successes I’ve had have come from the piece finding itself in the right place at the right time in a way I never could have predicted. So, submit the work you’re done with, go to the literary events that you can drive to and/or afford, and accept that luck, as in most people’s careers, has something to do with your success. But of course, there are ways to set yourself up to be lucky.
Posted by The Story Prize at 10:28 PM