In the third in a series of posts on 2016 books entered for The Story Prize, James Terry, author of Kingdom of the Sun (Univ. of New Mexico Press), discusses writing stories set in his hometown while living far from there. 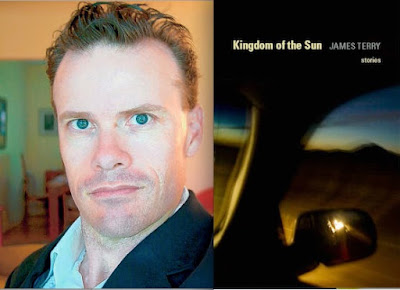 I think the place where one grows up leaves the most lasting impressions in one’s heart and mind. Ironically, all of the stories in Kingdom of the Sun were written in Dublin, Ireland, during a prolonged bout of homesickness. On gloomy, Irish winter days, I pined for sunlight and American spaces, the desert. Isolation, space, heat, silence, dryness, prickliness. Living in Dublin while writing these stories intensified my memories of that space, and so these stories were born of a desire to live again, if only imaginatively, in my own past, my childhood, Deming, New Mexico. I wanted to feel it all again intensely, and it wasn’t difficult for me to evoke it, because I was writing from a sense of loss, even though by that point I hadn’t lived in Deming for over sixteen years. There’s a certain nostalgic melancholy that hangs over the collection for that reason. The truck driver glimpsing the drive-in at dusk in the distance, the lawyer practicing alone on an empty tennis court in the heat of noon, a solitary trailer in the vast scrub desert—the geography enveloping the stories is the literary expression of my own states of mind while writing them. I was the ghost returning to his old haunts. 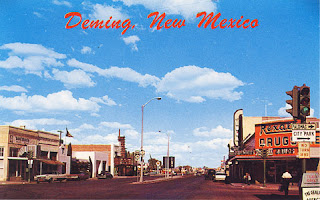 Dublin had another influence, which was James Joyce, specifically Dubliners. I wanted to do an integrated collection in a similar vein, and I knew that I could profitably mine my memories of Deming to do justice to a wide variety of people and their stories. In trying to give voice to a cross-section of Deming people (young, old, men, women, white, Hispanic, educated, uneducated), I employed a variety of styles and narrators to vary the tone of each story and give access to the characters in different ways. In doing so I sometimes consciously imitated the writers I admire. “Midnight Pools” carries echoes of Salinger and Beckett. “Road to Nowhere” is my attempt to do Flannery O’Connor. “Fumble” was influenced by Julio Cortázar. “Due Diligence” has shades of Paul Auster. “The Wildcat Massacre,” was a blend of Nabokov and Borges. And “Luminarias” is basically a homage to James Joyce’s “The Dead.”

I must also mention the influence of my grandmother, whose house I lived in growing up. Not only was she a fantastic story teller, of Mark Twain caliber, but having lived in Deming nearly her entire life, she was a font of local history and character, she knew everybody, and so I inherited a sense of entitlement to Deming as fodder for stories. I started writing these stories the year after she died, which may not be a coincidence.
Posted by The Story Prize at 11:33 AM