Tony Lindsay on Writing to Be Read

In the fourth in a series of posts on 2016 books entered for The Story Prize, Tony Lindsay, author of Acorns in a Skillet (Prosperity Publications), discusses what motivated him to write and writers who inspired him. 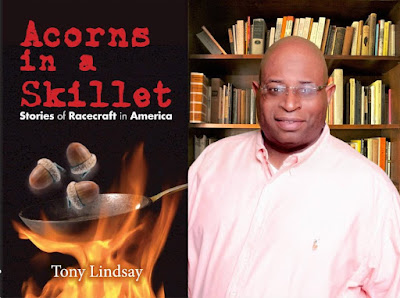 Why do you write?
I fell in love with stories as a child: hearing them, reading them, watching movies and television. During the era I grew up, reading got a child teased—bookworm-four eyes etc.—so I started writing stories in school instead of always reading. The one exception was comic books—kids didn’t tease you for reading comic books. Anyway, the stories I wrote kids liked and that gave me great pleasure. I grew to love being read; in short, I write because I love the connection between reader and writer.

Name something you read that made you want to be a writer.
The Nancy Drew stories, Donald Goines books, and the works of Toni Morrison and John A. Williams. 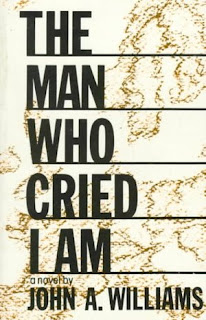 Is there a story by another author you wish you’d written?
No, I respect another person’s story as their creation.

Where does a story begin for you?
An observation, usually I see something that causes me to think "what if?" and the story starts there.

Describe a practice that helps put you in a suitable state of mind to write.
Having an opinion or something to say about an observation.

What do you do when you get stuck?
Move to a different part of the story or review what I have already written.

How do you know when a story you’re in the process of writing is or isn’t working?
If I get bored with it; if it is boring me to write, it will bore the reader to read.

Describe an unfinished story that you want to go back to but haven’t quite figured out yet.
I began writing a historical fiction piece about Nat Turner, and I got bogged down in the dialect of the era—wanting it to be as authentic as possible. But slave dialects have been hard to recreate because they were not monolithic in tone, due their education levels and geographic locations—and not wanting to add to stereotypes, it has been a challenge.

Name a local bookstore or library that is important to you.
The Woodson Regional branch in Chicago with its Vivian G. Harsh Collection.
Posted by The Story Prize at 9:45 AM