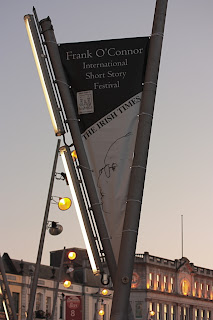 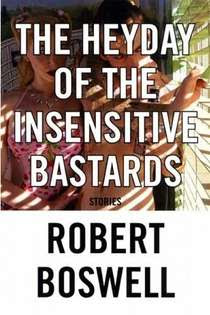 Oprah's Book Club has chosen a summer reading list: "25 Books You Can't Put Down." As I've previously observed, Oprah Winfrey has never chosen a short story collection for her book club. So it's great to see that one of the 25 books on the summer list is a book of short stories. (You go, girl!) At number 19 (I'm not sure what the order signifies) is Robert Boswell's The Heyday of the Insensitive Bastards, published by Graywolf Press. We haven't received this collection as an entry for The Story Prize yet (ahem)*, but it's definitely on our radar and looks like an excellent choice.

Boswell is not exactly an unknown, but there are other new short story collections I would have been a little less surprised to see on Oprah's list. One, would be Nothing Right by Antonya Nelson, who is Boswell's wife. Another would be Jean Thompson's Do Not Deny Me (we're still waiting for an entry for this, too), which I've seen on other summer reading lists. I also think The Thing Around Your Neck by Chimamanda Ngozi Adichie (ditto) would appeal to Oprah's audience. But perhaps my view of Oprah's, her staff's, and her audience's tastes are too narrow.

In any event, Oprah sells books like no one else. And having a short story on the list is all good. How about several next year?

* I feel duty bound to note that The Story Prize deadline for books published from Jan. through June is July 15.

Addendum: O.: The Oprah Magazine also has a list of 20 beach reads, which includes Olive Kitteridge by Elizabeth Strout and Phillip Lopate's Two Marriages. Given the lists, I'm not sure what the distinction between a book you can't put down and a beach read is, but at least Oprah is pushing reading. 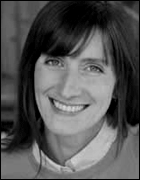 On June 5, Readerville, a popular and groundbreaking Web site about books and reading that Karen Templer established in 2000, came to an end. I've had a long association with Readerville, most often haunting the Short Fiction thread, which was one of many forums the site hosted. Karen and the Readerville community have generously supported my efforts, on behalf of both the O. Henry Awards and The Story Prize. In response to the news about Readerville, I sent Karen a few questions, which she graciously answered.

What inspired you to start Readerville?
I'd been running Table Talk at Salon, which has subforums for just about every subject (movies, politics, your sex life, etc.) and I was particularly fascinated by the books discussions. I was also in awe of Slashdot, the community for techies. At that time (and probably still now -- I don't know) if something was going on in the tech world and you wanted to know what people thought about it, you went to Slashdot. Period. I wondered why there wasn't a place like that for books -- a dedicated site where readers and writers and publishers and librarians and so on could all converge to talk about their shared passion. So I made Readerville. And while it was never as large as Slashdot, it was quite huge and quite an amazing thing in its heyday. And to the very last day, even at a fraction of its former size, it was a place where you could turn and find out instantly which books were worth paying attention to and which weren't. It was a remarkable group of readers.

What were some of the highlights? Was there a signature moment? (For my money, the Deborah Treisman dustup was one.)
You're right -- the Deborah Treisman incident was certainly memorable. For anyone who wasn't around, a woman who posted as Michelle Furphy (one of the all-time great pseudonyms) made a series of posts about the then-just-announced new fiction editor for The New Yorker. She was riffing in a sort of sarcastic way on how young and successful Treisman was, and finished up with a comment about her having (or probably having?) a big nose. It was clearly understood by everyone who knew Michelle that it was a sour-grapes joke -- and expression of huge jealousy -- and I don't think Michelle even knew what Deborah looked like. Anyway, next thing you know there's an interview with Deborah in The New York Times and she mentioned having been online, tracking the reaction to the news of her appointment, and said that she was brought up short by someone in a forum talking about her big nose. She stopped reading right there and then, and she obviously hadn't gotten the underlying humor. And who could blame her? It was just a tossed off comment on Deborah's part, but Michelle and I and others all felt terrible about it. Fortunately, she wound up coming to Readerville for a bit, as I recall, and I think (or at least hope) we all got a good laugh about it in the end.

I think Readerville Events -- the week-long author visits -- were always a highlight for everyone, the authors included. The feedback was always really gratifying and some very big-name authors did repeat visits, they found it such a tremendous experience. But I think the most memorable moment for me came out of the very first event we did, with Jim Crace. It was our first time meeting him (he did multiple events over the years) and we didn't really get his capacity for mischievousness yet. He made a quip that FSG was planning to Americanize the name of his next book. It was The Devil's Larder and he said they were going to call it The Devil's Pantry. If he said a thing like that now, I would know instantly that it was Jim being Jim, but we all thought he was serious and responded that was a terrible idea and they mustn't do it. Rather than say "I'm just joking," Jim passed it along to USA Today, which ran a big story on it. There was a quote from the publisher saying they never meant to do any such thing, but it sounded like he was covering for the embarrassment of it rather than that they really never meant to do any such thing. I'm sure Jim's still laughing about the whole thing.

Do you think blogs, Twitter, and Facebook have made forums, like those in Readerville, quaint?
If we were sitting down with some drinks between us, I could spend several hours answering this question. The short version is: I think it's too soon to say. There's no question that it's different now. In 2000, if you wanted to talk to other people online, that still meant joining a forum or a chat room. Those were the only options. (And most people chose neither.) Now everyone does have their own blog(s) and Facebook page and Twitter and Flickr, and I'm amazed at how many people participate in multiple book sites on top of all of that. People get around, whereas they used to pick one place and hole up. And that definitely played a role in Readerville's demise, but it was certainly not the only factor. Clearly forums are less necessary in a lot of ways, but on the other hand, it's funny how often I see someone on Twitter saying "we need a forum so we can actually talk about this." It's all really still evolving and I don't know what the future holds. But there are still a lot of intensely active forums out there.

Do you think Readerville will have a legacy, and what would you say it is?
I don't have the distance on it to be able to say, but it's probably a question for others to answer anyway. I'm happy that the community lives on in the form of connections and friendships that continue elsewhere and always will. I know I made many of the best friends of my life.
Posted by The Story Prize at 11:02 PM