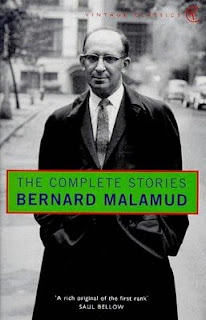 The story never sleeps. And a lot has been going on as awards season winds downs. Among the highlights:


There's even more going on than that, as the momentum for the story continues. Look for more posts on books we're reading for The Story Prize and about the grassroots Short Story Month, otherwise known as May.


*It was the Frank O'Connor International Short Story Award, but it appears that the Cork City Council is now sponsoring the prize. State sponsorship of book awards, not to mention corporate sponsorship, is unheard of in the U.S. but can help sustain book awards and augment prize money.
Posted by The Story Prize at 10:39 AM

How to Write a Short Story? (Hint: It's Like Baking a Cake)

Who knew it could be so easy?
Posted by The Story Prize at 1:12 PM

Going Long: Robin Black on Her Collection If I Loved You, I Would Tell You This 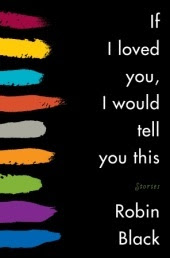 I met Robin Black in late 2000 at the University of Pennsylvania Writers Conference, and I agreed to read a few of her stories and give her a little general feedback. I was pleasantly surprised by her work. The stories were better than most of the 3,000 I read each year for the O. Henry Awards, and I was confident she'd be able to get them published if she persevered. Years passed. Then, over lunch with Hannah Tinti and Maribeth Batcha of One Story in early 2008, Robin's name came up. They were excited about publishing a story of hers, "Harriet Elliott." Later, I learned Robin had sold a collection to Random House. Her book, If I Loved You, I Would Tell You This, is just out, and I'm pleased that we've received it as an entry for The Story Prize.

As the first in a series of posts about the story collections we're reading for The Story Prize this year, Robin Black offers her thoughts on her propensity to write short stories that are a bit on the long side.

"After writing steadily for a few years, there came a point at which it became difficult for me to tell a story in under thirty pages. But maybe that’s the wrong way to put it. That sounds so defeatist, as if every page over the twentieth were some kind of failure, which isn’t true, of course, though the realities of publishing can be punitive to the loquacious among us. Swell up over 20 pages, or around 6,000 words, and you’ll find a precipitous drop in the number of journals to which you can submit. So, in that way, long short stories often do feel like failures—failures of career planning, if nothing else. And there’s even something unfortunate about the term “long short stories,” with that contradiction built right in there, as though the work were clumsily pretending to be something it isn’t. Even the novella, underrated as it has long been in American literature, has its own name. A diminutive, yes, but infinitely more dignified than say, 'a puny long book.'

"Because they’re so impractical, nobody I know sets out to write long short stories, though some of us have accepted that we do. In my collection, five of the ten pieces are between 8,500 and 13,000 words and four of those make up all the short(ish) fiction I have written since 2006. What I’ve come to realize lately is that, with my stories anyway, the length is not a matter of extending timelines or of adding secondary plotlines, but of a more qualitative change in the nature of the work.

"One of the first things you’re told as a short story writer, just after 'write what you know' and 'chop out those adverbs ruthlessly,' is that everything in a short story should feel necessary—very much as though the writer were on a budget she has to defend. None of this was frippery, I promise! I didn’t buy anything I didn’t absolutely need. For me, the difference between writing a long short story and writing the regular kind is a step away from this requirement of requirement.

"An example from my collection: In the story 'Tableau Vivant,' coming in at 8,500 words, there’s an early scene in which the central figure, Jean, crafts a sling out of a scarf so she can pretend to others that an arm weakened by a stroke has actually been sprained. The deception is necessary to the story, but it’s hard to argue that the scene itself is. The whole thing could be handled with a summary sentence: 'In the guest bedroom that morning, Jean had made a sling for herself out of the old turquoise scarf.'

"So why keep it? Because while it isn’t necessary to the course of the story, it informs the reader’s relationship to the story, if on a largely unconscious level. The scene includes an image of Jean struggling to craft the sling with only one good hand while the fabric slips away from her, and that sense of being unable to hold on lies at the heart of the story. When Jean returns to the guest bedroom later to gauge some disturbances, the reader is not only told what has changed but, having been there before, experiences the differences.

"The lure of resonances like those is a seductive one. But still this opens up the question—one I face all the time—of what justifies including elements that wouldn’t be missed by a reader with no knowledge of the original version. The answer for me comes in what sounds suspiciously like a mathematical formula but is actually, like so much in writing, a frustratingly vague combination of intuition, guesswork, and hope: The added length is only justified by an equal or greater added depth.

"Not exactly Pythagoras, I know. And it’s a little scary to admit so publicly that I’ve opted to keep elements in stories that I know aren’t, strictly speaking, necessary. It feels dangerously close to saying yeah, this could have used some further editing, I know. Though that’s not what I’m saying, at all. Because, finally, for me, that sense of excess has its own beauty—just as the lean muscularity of other stories does. The aesthetic of spillover suits my intent more closely than the aesthetic of necessity. So maybe at this point it’s time for me to realize that I am writing long short stories purposely, after all—inconvenient career move though it may be.

"I just wish we had a better name for the form."

Note: Robin Black will be in Denver for the AWP conference: