In the second in a series of posts from authors of 2018 books entered for The Story Prize, Nancy Gerber, author of A Way Out of Nowhere (Big Table Publishing), names names. 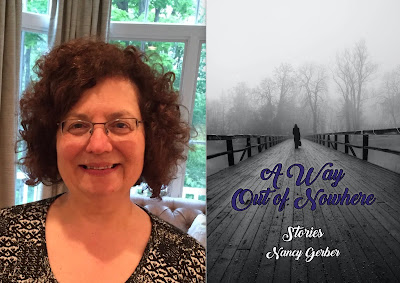 When I first started writing stories, I was well aware of the symbolism of names in literature and in life. In The Book of Genesis, Adam names the birds and all the beasts of the field, giving him the power of a god. In Jhumpa Lahiri’s novel The Namesake, Gogol Ganguli changes the name he received by accident to Nikhil, the “good” name that was lost, though the awkward, accidental name Gogol follows him always. Cassius Clay renamed himself Muhammad Ali as a rejection of the legacy of slavery and as a way to claim authorship of his life.

The first story I ever wrote was called “The Angry O,” a reference to the shape of a crying baby’s pursed mouth. In the first sentence, were two characters that needed names: a young husband and a young wife. I knew these two would have Jewish names. I had never written fiction before and the characters needed to be familiar because the writing process was so unfamiliar. I needed names that would anchor me on the treacherous journey into the unknown. I named them Hannah and Reuben, two beautiful, Old Testament names I hadn’t even known I liked until I set them on paper. Hannah, as it turns out, is the biblical name from which my own name, Nancy, is derived. 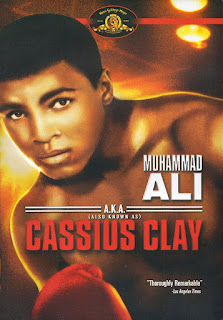 After writing Reuben and Hannah into fictional existence, I felt freer about choosing characters’ names, less bound by anxiety and the need to acknowledge my heritage. Yet many of the female characters in the book share Old Testament names: Rachel, Leah, Sarah, Judith. In fact, when I was given the proofs to read before publication, I was surprised to see that, in a collection of nine stories, I had used the name Rachel in three different tales. I hadn’t even known I liked the name Rachel! I have no friends or relatives with that name. If you asked me right now, I’d say I prefer Rebecca, even though Rachel is perfectly lovely. I think there was something about the two syllables, and the long vowel followed by a short one, that was pleasing to my ear. After reading the proofs, I took out two of the Rachels and gave them different names.

Another surprise came when I discovered I’d used the name Jake in more than one story. I pride myself on being creative, someone with a good imagination. Why had I named so many male characters Jake? Again, I think it had something to do with sound. That long vowel next to the hard consonant – I felt the name sounded somewhat sinister. And none of the characters named Jake are such great guys.

Naming fictional characters, like naming a baby, tells us something about expectations and identity. The meaning of the Hebrew name for Reuben is “behold, the son,” or “ a son of vision.” In my book, Reuben is a son who carries the burden of his parents’ unhappiness. The second meaning of the Hebrew name is ironic in the context of the story; Reuben cannot see what is happening to his wife after the birth of their infant, a son. Sometimes we choose a name because it has a history, or a particular sound and heft. Sometimes the unconscious guides us in the right direction.

Names in art and in life have lasting significance. We remember the names of fictional characters that become as important to us as family members—Louisa May Alcott’s Jo March, Fitzgerald’s Jay Gatsby. And while Reuben and Hannah and Rachel and Jake will not share such luminary status, they are my fictional offspring, dear to me, and, I hope, complex and compelling to the readers who find them.
Posted by The Story Prize at 8:44 PM

In the first in a series of posts from authors of 2018 books entered for The Story Prize, Jacob M. Appel, author of The Amazing Mr. Morality (Vandalia Press), offers his worst possible guidance for writers. 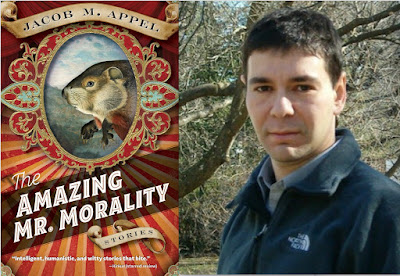 One of the perks of publishing literary short story collections—alongside the secure income and ticker tape parade up Broadway—is the prerogative to offer aspiring authors unsolicited writing advice. Having been the beneficiary of such guidance in my youth, it seems only fitting that I now avail myself of the opportunity to share my own wisdom with others, whether or not they are interested in hearing it. In that spirit, here are eight highly misguided ideas guaranteed to derail your career in the book business.

1. Write about what you don’t know. The less you know the better, especially if your readers are highly familiar with the subject. Depict places you have never visited, cultures regarding which you have minimal understanding. For instance, a writer named Franz Kafka once wrote a novel (or part of a novel) called Amerika, about a continent he had never stepped foot upon, in which the Statue of Liberty carries a sword, rather than a torch, and a bridge connects New York to Boston. Who has ever heard of Franz Kafka?

2. Ignore basic rules of grammar and punctuation. These are tools of the oppressor, designed to impede communication and render the already challenging task of putting pen to paper all the more difficult. Admittedly, Molly Bloom’s dream sequence in the final fifty pages of Joyce’s best-selling Ulysses lacks a comma and a period here and there, but few readers make it that far anyway.

3. Never glorify untoward behavior. Or, at a minimum, exert discretion. Nobody minds the sixteen-year-olds marrying in Jane Austen’s Pride and Prejudice or Elena Ferrante’s Neapolitan Quartet, just don’t go all Nabokov on the reader and overdo it. Similarly, a subtle stalking novel in the spirit of Fitzgerald’s The Great Gatsby is likely to appeal to our best selves. 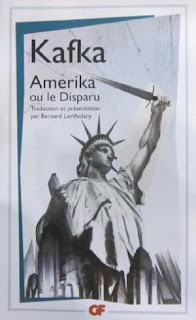 4. Avoid talking animals, inanimate narrators, and above all, extended discussions of nineteenth-century whaling. The western canon has precisely room for three of the first (Orwell’s Animal Farm, Adams’s Watership Down, What’s-his-name’s The Metamorphosis), two of the second (Pamuk’s My Name Is Red, Shearman’s Tiny Deaths) and one of the third (Naslund’s Ahab's Wife). Don’t see your novel on the list? Well, it won’t be, because life is unfair—and publishing is like life, except owned by Germans.

5. Include a gun that does not go off. This is roughly Chekhov’s idea, although much easier for him because Tsarist Russia didn’t require handgun licenses. Dostoevsky does this brilliantly in The Idiot where, as readers may recall from the Wikipedia summary, Ippolit Terentyev, forgets to put the cap in his pistol before shooting himself.

6. Write in your second or third language. Doing so impresses agents and editors; if you don’t already speak a second or third language, it’s never too late to learn—the more obscure the better. Rosetta Stone Frisian only costs $199.99. For instance, as a native English speaker, Joseph Conrad would be hardly memorable—but knowing that he only spoke Polish into his twenties makes Lord Jim a rather entertaining party trick. (If that approach fails, take a page out of Arthur Koestler’s Darkness at Noon: Have your girlfriend translate the manuscript and then misplace the original.)

7. Torment your darlings, but don’t kill them. J. M. Barrie tormented an entire family of Darling children in Peter Pan to great acclaim. The initial draft, in which Wendy, John and Michael Darling were massacred by pirates, fared poorly with focus groups.

8. Favor quirky antics and implausible coincidences. There lies a crucial difference between verisimilitude and reality. For instance, take the moment in Sterne’s Tristram Shandy when the title character urinates out a window is accidentally circumcised by the falling sash. I suspect most readers—or at least half of them—find themselves crossing their legs and reflecting, “Ah yes, that’s the human condition!”

Since this is all deeply misguided advice, I have ignored it—and look at the great fame and fortune that have been my reward. I was a household name in my grandparents’ house, before they died, which is more than Philip Roth or Toni Morrison could ever claim.
Posted by The Story Prize at 4:17 PM