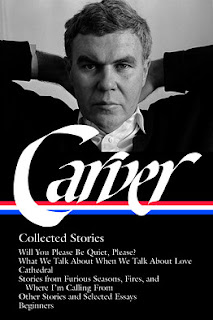 I gave my son The Library of America's recently released Raymond Carver: Collected Stories for his eighteenth birthday a few weeks ago. He had discovered Carver's stories this past summer while attending a writing workshop at Lewis & Clark College in Portland, Oregon, and Carver immediately jumped the list to become his favorite writer.

When I was a young man with writerly aspirations of my own, Raymond Carver's stories also made a deep impression--so deep, that I felt moved to write the author a letter about my favorite story from his 1983 collection Cathedral, "A Small, Good Thing." Weeks later, to my astonishment, I received a handwritten reply from Carver, cementing my attachment to him and his work. I've had cause to correspond with many writers over the years, but this letter remains particularly meaningful.*

"A Small, Good Thing" is also my son's favorite Raymond Carver story. As many readers know, it's a longer version of a story called "The Bath" that appeared in What We Talk About When We Talk About Love. Much has been made of Gordon Lish's strong hand in editing Carver's work on that collection. And questions have arisen about the importance of the edited versions in establishing Carver's reputation. In December 2007, The New Yorker ran the story "Beginners," which was Carver's longer version of the title story, along with an account of his conflicting feelings about Lish's changes and, online, a recreation of Lish's edits. The Library of America edition includes a section, called Beginnners, that presents the original manuscript of What We Talk About When We Talk About Love that Carver submitted to Lish.

I've always liked "A Small, Good Thing" better than "The Bath," but I have to give Lish his due for his role in Raymond Carver's development as a writer and some credit for the critical reception What We Talk About When We Talk About Love received. Editors matter, and I'm sure other editors have (perhaps more quietly) played a significant role in a writer's reputation. Collaboration is an important part of the creative process and shouldn't necessarily detract from an artist's success. Here's an analogy I would make: Would the Beatles be the Beatles without producer George Martin? Yes, but Martin undoubtedly made a huge contribution that is impossible to separate from the band's lasting reputation. Would Raymond Carver be Raymond Carver without Gordon Lish? I have little doubt. With or without Lish's contribution, Carver is--and still would have been--a great short story writer. In any event, readers can now compare the different versions and see what they think.

* I'm not sure of the legalities, but maybe if I can sort that out, I'll post a copy of the letter some time.
Posted by The Story Prize at 5:47 PM 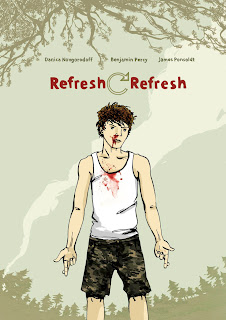 I can't keep up with all of the great things that are happening for short stories and short story writers, so for now, I'm just going to list the latest and hope to circle back later to discuss some of these at greater length. Here's what has been happening so far this month:

Four of the Six Finalists for the Best of the National Book Awards Fiction Are Short Story Collections.
In 60 years, and out of 77 books, only 11 have been short story collections. But a panel of 140 writers chose four of those books among the six finalists. Those collections are: The Stories of John Cheever, The Collected Stories of William Faulkner, The Complete Stories of Flannery O'Connor, and The Collected Stories of Eudora Welty. Short story collections are, without a doubt, among the most enduring works of American literature.

The Latest Oprah's Book Club Selection Is a Short Story Collection.
On September 18, Oprah Winfrey announced that Say You're One of Them by Uwem Akpan is the next book club selection--the first time she's chosen a short story collection.

The Inaugural $50,000 St. Francis College Literary Prize Goes to a Short Story Collection.
On September 12, as part of the Brooklyn Book Festival, Aleksander Hemon's short story collection Love and Obstacles was announced as the winner of this new book award for mid-career authors.

More on much of this later. For now, I rest my case.
Posted by The Story Prize at 5:57 AM

Oprah Winfrey finally did it. For the first time ever, she picked a short story collection, Uwem Akpan's Say You're One of Them, for Oprah's Book Club. Thank you, Oprah, I hope this won't be the last. Followers of this blog, who number in the low dozens, may remember that I've been lobbying for her to do this for more than a year, and obviously my efforts have been effective. In fact, now the top secret behind-the-scenes negotiations can be revealed.

LD: Hello?
OW: Hello, Larry Dark. It's Oprah.
LD: Oprah who?
(Silence.)
LD: Just kidding, Oprah Winfrey. The most influential person in America. A thousand apologies, she who sells more books than anyone.
OW: Ha, ha, ha, ha, ha. I understand you think I should pick a short story collection for my book club.
LD: I do, indeed.
OW: I think I'm ready. What were you thinking of?
LD: How about In the Gloaming?
OW: Isn't that a Christopher Reeve movie? What else?
LD: Well, Ron Hogan thought you were going to choose Edward P. Jones's All Aunt Hagar's Children a few months ago. That's a good one.
OW: You know Ron Hogan?
LD: Who doesn't?
OW: What else?
LD: Did I mention The Dew Breaker? The Hill Road? The Stories of Mary Gordon? Like You'd Understand, Anyway? Our Story Begins?
OW: You did.
LD: Let me think about what your readers might like.
OW: Something powerful and moving like In the Gloaming.
LD: Hmmm. Well, there's another book I read last year that might be perfect.
OW: Namely?
LD: Say You're One of Them by Uwem Akpan, a Nigerian priest with an MFA from Michigan. It's well written, describes terrible events in the lives of children, and, to quote myself: "Any of the six stories in this collection set in Africa is enough to break a reader's heart."
OW: Perfect. Be sure not to tell anyone, especially not Ingram. They're sure to blow it.
LD: I promise. And, by the way, don't worry about what Rob Spillman thinks.
OW: I won't worry about anything, Larry Dark. Thanks for all your critical wisdom.
LD: Thank you, Oprah Winfrey--for being you.

That's pretty much how it happened--in my dreams. In any event, I'm thrilled that Oprah has chosen a short story collection. I've been reading some great ones so far this year. The short story continues to gain momentum, and this is a huge boost.
Posted by The Story Prize at 1:28 PM 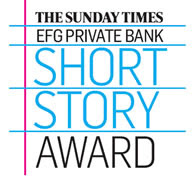 Tomorrow (Sept. 13) I'll be moderating a panel at the Brooklyn Book Festival. Here's the listing:

In addition, the festival is honoring first-ever winner of The Story Prize Edwidge Danticat with the Brooklyn Book Festival Best of Brooklyn, Inc. (BoBi) Award. Danticat grew up in Brooklyn after leaving Haiti as a child. My connection to Brooklyn is that I've been there several times.

I didn't come up with the theme for the panel, but I think it's a good one—the short story is standing tall—and I'm looking forward to sharing the stage with Jeffrey, Joan, and A.M. If you would like to suggest any questions, you can send them to me at ldark@thestoryprize.org.
Posted by The Story Prize at 8:51 AM