Each year we enlist three independent members of the literary community to select the winner of The Story Prize from among the three finalists that Founder Julie Lindsey and Director Larry Dark choose from among the more than 100 short story collections submitted for the prize. We alternate years between having a librarian or a bookseller as a judge. At least one of the judges is an author and the other is most often a critic or editor.

(And don't forget that The Story Prize: 15 Years of Great Short Fiction, an anthology featuring stories from past Story Prize winners is available from Catapult books.)


Kristen Arnett is a research librarian, the New York Times bestselling author of the debut novel Mostly Dead Things, and a queer fiction and essay writer. She was awarded Ninth Letter's Literary Award in Fiction and is a columnist for Literary Hub. Her work has appeared at North American Review, TriQuarterly, Guernica, Buzzfeed, Electric Literature, McSweeney's, PBS Newshour, The Rumpus, and elsewhere. Her story collection, Felt in the Jaw, was published by Split Lip Press and was awarded the 2017 Coil Book Award. She is a Spring 2020 Shearing Fellow at Black Mountain Institute.

Andy Hunter is a writer, editor, and publisher interested in literary writing, the future of media, storytelling, and technology. His work is dedicated to preserving and promoting literary culture and the importance of books in the digital age. He co-founded Electric Literature in 2009, Catapult in 2014, and Literary Hub in 2015. He currently serves as publisher of Literary Hub, Catapult, Counterpoint, and Soft Skull Press.

Tiphanie Yanique is the author of the poetry collection, Wife, which won the Bocas Prize in Caribbean poetry and the Forward/Felix Dennis Prize for a First Collection. Her novel, Land of Love and Drowning, won the Center for Fiction’s First Novel Prize, the Phillis Wheatley Award for Pan-African Literature, and the American Academy of Arts and Letters Rosenthal Family Foundation Award. It was listed by NPR as one of the Best Book of 2014. She is also the author of a short story collection, How to Escape from a Leper Colony. Her writing has won a National Book Awards 5 Under 35 prize, the Bocas Award for Caribbean Fiction, the Boston Review Prize in Fiction, a Rona Jaffe Foundation Writers Award, a Pushcart Prize, a Fulbright Scholarship, and an Academy of American Poet’s Prize.
Posted by The Story Prize at 11:18 AM 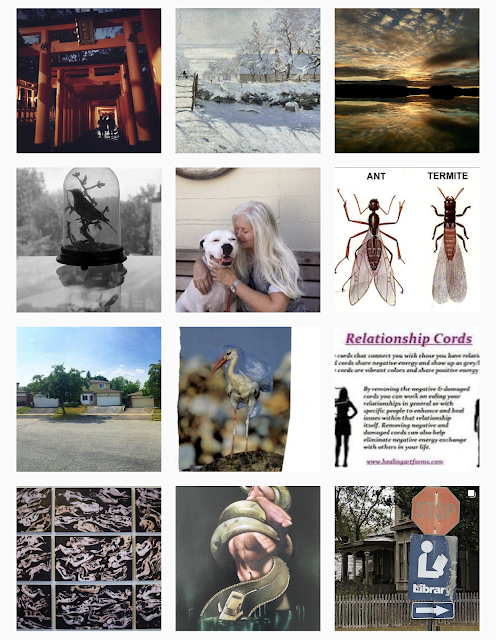 After nine years of featuring guest posts from writers whose books have been submitted for The Story Prize (538 of them, to be exact), we've jumped to another social media platform: Instagram. So far this year, we've featured 23 guest posts. We ask every writer whose book we receive to share an image (or a few images) that inspired, informed, are essential to, or represent her or his book or a particular story in it, along with a brief explanation of the image or images. Contributors so far include Michael Carroll, Amy Hempel, Cary Holladay, Carrianne Leung, Mark Mayer, Josip Novakovich, Chris Power, and Aurelie Sheehan. To see these posts, follow @TheStoryPrize on Instagram.
Posted by The Story Prize at 11:50 AM