Adam O'Riordan and the Impulse to Write Prose

In the fifth in a series of posts on 2017 books entered for The Story Prize, Adam O'Riordan, author of The Burning Ground (W.W. Norton & Company), discusses what led him from poetry to fiction and how he approaches his work. 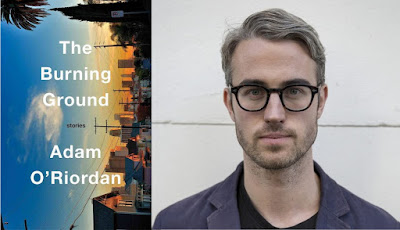 What influenced you to a write short fiction?
Spending time in America—in New York and then Los Angeles—is what moved me from writing poetry, which is where I began, into writing prose. The plurality of the place, the patent sense of possibility, the promise of it and the way in which promises are broken there all conspired to make me into a writer of prose. And glad I am they did.

Describe your writing habits.
I try to write on the majority of working days, so three days writing in any given week will be a good week for me. If something is going well, I’ll write on weekends, too, both Saturday and Sunday. I usually write for around three hours and always in the morning, from about 9 a.m. after coffee until 12 p.m. when I start to want to eat lunch. If something is going really well, I’ll write again in the evening from 6 p.m. until 9 p.m. or from 7 p.m. until 10 p.m. For me, it’s about getting runs of days together. That’s when things start to happen.

Where do you do your best work?
Without exception, my clearest ideas have come to me while running along the stretch of sand from Venice Beach to the Santa Monica pier; the mixture of sunlight, sea air, the vast space out to sea and big crowds nearby on the boardwalk. Though these days, it is only an annual or biannual pleasure at best. Here in Manchester, England, where I live, I write between a number of places: my apartment in an old cotton mill in the center of the city, the Portico Library, and Central Library. More and more these days, I write in the lobby or the bar of the Principal Hotel, another grand Edwardian building from when the city was in its pomp—lots of space and friendly waiters and waitresses. I like to arrive early as the guests are finishing breakfast and be on the edge of that sleepy, pleasantly displaced and transient energy that always seems so full of potential.

Name something by another author that you wish you’d written.
"The Dead" by James Joyce, the final story in his collection Dubliners. A story so full of rich life and sadness, so grounded in the detail and lived experience of a place, yet rising above and beyond it right out into the eternal.

Where does a story begin for you?
With an urge, sometimes in the form of an image or a phrase, sometimes in the form of a voice, a voice that might be trying to work something out or arrive at some form of clarity about something, after which comes, on my part, a desire at first to hear it or, if it’s an image, see it as clearly as I can and then to elaborate on it, to invent and to embroider. To take a good look around the life that I’ve found.

How do you know when a story is finished?
I think it’s perhaps a question of density—at the end of the story when it’s done, I’ll be feeling denser or lighter depending on the kind of story it is. I suppose by the end I’m often feeling sadder too.

Describe a physical, mental, or spiritual practice that helps put you in a suitable state of mind to write.
Listening to music is often a good preparative; physical, mental, and spiritual in one. Philip Glass or Max Richter, things like William Basinski’s Disintegration Loops hitting that same note of trance-like melancholy over and over, which you notice and then don’t notice.

How do you get yourself back on track when your writing isn’t going well?
Little by little, day by day. A few minutes at a time at first, until it takes again and some sort of rhythm is rediscovered and you ride it for as long as you can until life usually intervenes and then it's back to getting going again.

Describe an idea that you want to write or return to that you haven’t quite figured out yet.
Autumn, 1934, a shy man, careworn and a little run to fat, somewhere in late middle age, named Wallace, is driving a Chevrolet Open Tourer he has rebuilt from scrap, from Caddo, Oklahoma, to the Great Lakes. He is looking for his father.

Describe your reading habits.
I try, whenever I can, to give an hour from any given day over to reading, usually in the late afternoon —and sometimes at night for twenty minutes or so I’ll read aloud or I will be read to—I think this is probably the most intimate form of luxury known to man.
Posted by The Story Prize at 1:56 PM 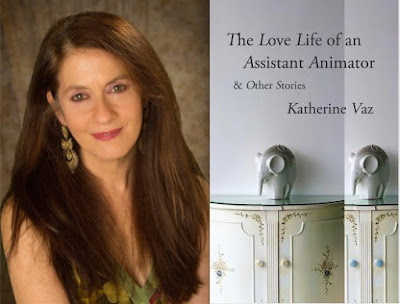