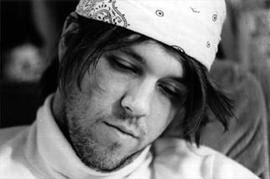 I can't believe David Foster Wallace is dead--it's a terrible loss for readers and writers. And yet, I also can believe it. He was a tortured soul, a perpetual victim of his own brilliant mind.

Though Wallace is best known for his novel Infinite Jest, he published three short story collections: The Girl With Curious Hair, Brief Interviews with Hideous Men, and Oblivion. He also wrote quite a few brilliant essays, collected in two volumes: A Supposedly Fun Thing I'll Never Do Again and Consider the Lobster, which included his reporting on John McCain's 2000 presidential campaign for Rolling Stone--recently published as a standalone book, McCain's Promise.

He was one of three writers (along with Louise Erdrich and Thom Jones) to serve as jurors for the first volume of the O. Henry Awards (1997) I edited. I only met Wallace once, at a reading at a New York bookstore, but we did talk a few times on the telephone and exchanged several letters. When I was unceremoniously removed as series editor of the O. Henry Awards in 2002, David Wallace offered to protest on my behalf, for which I was grateful, though I declined. In short, I felt a connection to David Foster Wallace, as I'm sure many others who encountered him and read his work did.

As it happened, I chose two of Wallace's stories for Prize Stories: The O. Henry Awards: "The Depressed Person" (in 1999) and "Good Old Neon" (in 2002). The latter was the last story in the last volume I edited, in a sense the last words of my tenure. Sadly, both stories presaged his untimely end, with "Good Old Neon"ending in the death by suicide of the protagonist. Here's how that story ended (just a brief excerpt from one of his characteristically long and brilliant sentences):

"... the realer, more enduring and sentimental part of him commanding that other part to be silent, as if looking it coldly in the eye and saying almost aloud, 'Not another word.'"

I had hoped that writing that story (and writing in general) offered him some solace. Sadly, it didn't.