In the 70th in a series of posts on 2010 short story collections entered for The Story Prize, Ivan Coyote, author of Missed Her (Arsenal Pulp Press), discusses her cyclical writing process and how exploring archives generates ideas. 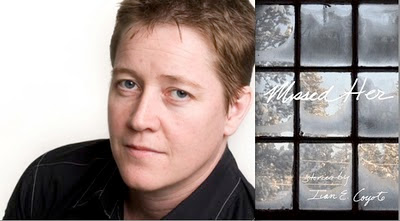 Describe one of the stories in your collection.
"Maiden Heart" tells the story of my father's second wife, who was also his first girlfriend when he was a kid. They were separated for thirty years, during which time she was in a physically abusive relationship with a truck driver from northern British Columbia. She called my dad on his fiftieth birthday, and they rekindled their teenage romance. They have been married now for fourteen years. "Maiden Heart" tells the story of their courtship and reunion.

What is your writing process like?
In the winter I write at night, late into the evenings. In the summer I write early in the morning. I think this is a by-product of growing up in the Yukon, where there are 22 hours of daylight in June and 22 hours of dark in December. I am very cyclical like that.

What book made you want to become a writer?
Woman On The Edge of Time by Marge Piercy was one. There were many, but that was a big one. The invention of an entirely different society was very inspiring for me, even though my work is nothing like hers at all.


What kind of research, if any, do you do?
I am always in the archives. Old photographs, newspapers, books, film archives. I cannot get enough of them. Even if a lot of the information doesn't make it into the work itself, it generates ideas for me. Right now I am researching old maps and building plans for cabins, among other things, for a book I am currently working on.


If you dabble in any other non-literary forms of expression, what do you do and how does it inform your work?
I am currently taking guitar and vocal lessons. I often tell stories with a collaborator playing music. I would like to eventually accompany myself.


What's the longest narrative time period you've ever contained in a short story?
Sixty years, in the story "All About Herman," my grandmother's love story. It's a classic.