Shann Ray: The Story is the Antidote to Despair

In the 16th in a series of posts on 2011 short story collections entered for The Story Prize, Shann Ray, author of American Masculine (Graywolf Press) traverses mountains and history to explain the power of short stories. 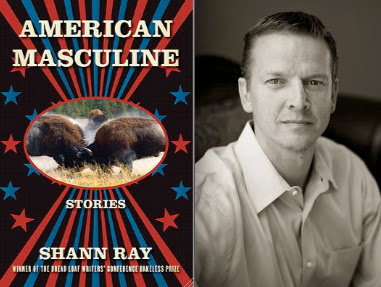 If the crucible of our experience with life and one another could be captured in a phrase, perhaps it might be found in the words of novelist and short story writer Herman Hesse from his novel The Journey to the East:

Children live on one side of despair, the awakened on the other.

I am reminded of the beloved women and men in my life who have shown me that true living is ultimately tied to a sometimes painful awakening.

I recall walking as a boy with my father in the Beartooth Range along the eastern front of the Rockies in southern Montana. We wanted to catch the striking and elusive Golden trout, a delicacy of high mountain lakes and streams. The only problem was a five-mile climb, near straight up, along steep, rugged switchbacks, rocky and severe. I was twelve years old and when my dad told me of the hike, and how hard it would be, I wanted no part of it--too much work, not much play, and in the end we might not even catch any fish. My thoughts were consumed with excuses and even anger at my father for suggesting we go for Golden trout, rather than the Rainbows that filled East Rosebud Lake (no hike at all) or Mystic Lake (a comparatively easy hike over relatively flat terrain). But my father convinced me not only to go with him but to make the trip worthwhile, to enjoy the challenge together, receive the beauty of the Beartooths with wonder and respect, and not give in to everything in me that wanted to complain or blame. His own spirit of delight pervaded the air. He was in love with every aspect of entering the mountains. He was present.

We began and he kept me in stride, waiting for me 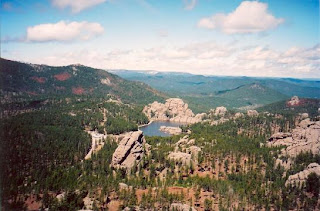 when we rested, helping me progress again. The hike was far and away the most difficult of the hundreds we took together, and many hours passed before we crossed a final up-slanted swath of mountain grasses, grabbing at the roots of windblown trees as we scrambled slowly on all fours. At last the destination came into view and we pressed our hands into the earth, dug in our feet and went step by step until finally we crested the lip of a massive rock bowl and stood and looked down on Silven Lake—a blue gem encased in the heart of the mountains, reflecting the heart of the sky.

When we discover a beloved short story, one we might keep with us forever, we recognize the inner journey that has led us to a new place.

By the time my father and I crested the jagged lip of the mountain, my thoughts had changed. Even now, decades later, when I think of him and of the mountains of Montana, I think of gratitude, affection, confidence, love. Montana is the land of 100 mountain ranges, many with crags and ridges and cirques and spurs and escarpments that touch the sky at 8,000 to 12,000 feet. My father too contains many wildernesses, as do we all, and the short story acts as a guide to the inner landscapes of our lives.

When we surrender to the a hunger a great short story generates, we often encounter the difficult terrain of our own vulnerability. In the bold mountains of Montana, the sun is big and shines bright in a seemingly endless sky. A great short story, too, is expansive and imbued with a natural capacity for grandeur. The sun rises like a champion, delighting to run its course. When the heart receives illumination, the story’s fine burn can lead us to a sense of humility and the desire to be more present to ourselves and the world. In this sense, illumination is a sure and present light, the steady glow of a candle in darkness, the majesty of the sun at dawn, and evokes the subtlety and power of what Hesse referred to as being awakened.


Another story, this one set in World War II, and defined solely by true events, affirms Hesse’s prophetic sense of the role of art in the world. Viktor Frankl, the great Austrian thought leader, was a contemporary of Hesse. Born in 1902 in Vienna to a Jewish family of civil servants, Frankl rose to become one of the leading neurologists in Europe, serving as head neurologist in the Selbstmörderpavillon or "suicide pavilion" of the General Hospital in Vienna. He treated more than 30,000 women prone to suicide, and when the Nazis invaded Austria and he was relegated to practicing medicine only with Jews, he continued his neurology work, also worked as a brain surgeon, and succeeded in giving medical opinions that saved many patients from being euthanized during the Nazi euthanasia program in which Nazis routinely found and killed people who were handicapped or mentally ill.

When the Nazi regime began to exert more and more influence in Vienna, Viktor’s parents arranged for him to attain exile in America. Viktor, however, was not sure he should go. If he went to America his parents would face a very difficult future, but his life would be saved. If he stayed in Austria he felt he might be able to act as a buffer to serve and protect them. He agonized over the decision and in the end decided to wait for a Divine answer. When only days remained before he must decide Viktor came home and found his father seated at the kitchen table with a piece of rubble in front of him. Viktor asked what happened and his father told him the Nazis had destroyed the temple that day. From where Viktor stood he saw a symbol engraved on the piece of broken rock, a mark his father had not yet noticed. Looking closely, Viktor made it out: the mark was a number from the Ten Commandments, the very number for the commandment honor your father and mother.

Viktor remained with his parents until he and they were taken from each other and shipped to separate concentration camps. In the concentration camps at Theresienstadt, Auschwitz, and Türkheim, though mandated to labor detail after being separated from his parents and his wife, all of whom died in the camps, Viktor Frankl worked until the final moments of the war to prevent suicide in his fellow prisoners and help cure them of despondency, depression, and weariness of life. In the terrible wake of the holocaust, Frankl invoked the words of World War I poet Anton Wildgans who said, “What is to give light must endure burning.”

When we are faced with the sometimes fearful interior of our own existence, the great short story desolates or consoles, but inevitably awakens us. Both Hesse and Frankl—one invoking the imagined landscape, the other a tangible and unfathomable reality—impart a true sense of this complex and highly charged world. As if from a long sleep, the short story awakens our collective humanity, and like the vital stories we hold dear Hesse awakens us and Frankl reminds us of the beautiful, if tragic, ethos of who and what we are:

Man is that being who invented the gas chambers of Auschwitz; however, he is also that being who entered those chambers upright, with the Lord’s Prayer or the Shema Yisrael on his lips.