“Thank You For Having Me” (You’re Welcome!): Lorrie Moore at Powell’s

I’m obviously not the only one who goes a little fangirl for Lorrie Moore. The reading room at Powell’s Books was packed, people standing in the back and along the aisles, clutching their copies of Self-Help and A Gate at the Stairs, excitedly twittering like all the birds of America (see what I did there?).

Lorrie Moore read from Bark, her first story collection in fifteen years. Moore has written several lovely novels, but, for many, she is one of the reigning queens of the contemporary short story. (In a talk she gave years ago for Literary Arts’ Portland Arts and Lectures series, in response to a question about how she knows whether something is a short story or a novel, she likened it to knowing whether an animal is a dog or a cat: “If you throw the ball, and the creature goes eagerly after it and then brings it back to you, wanting to continue for eternity or for as long as you can stand it, whichever comes first, you’ve got a novel. If you throw the ball and the creature doesn’t budge but just looks at you as if you are out of your mind, you may have a short story – or you may just have a cat.”)

With humor that’s often described as mordant or sardonic, but feels more soft hearted than that, she handles the serious matters of life with lyric precision, offering up your very heart disguised as somebody else’s, or something else—a joke, a visit to a dead friend come to life, a dog named Cat.

Bark is what animals do in fear, in anger, in loneliness. It’s a laugh, a cough. A warning. Bark is also the protective layer, able to peel off and heal, sometimes grown rough and scabby over oozes of sap. In the last story of the collection, which she read from, the narrator tells her daughter that she saw a PBS show “that said only the outer bark of the brain — and it does look like bark — is gray. Apparently the other half of the brain has a lot of white matter. For connectivity.” In typical Lorrie Moore fashion, these multiple meanings echo and branch and contradict themselves throughout the stories of this collection. Her characters are a little older, if not wiser, have become more layered, have grown a bit more spiritually gnarled. 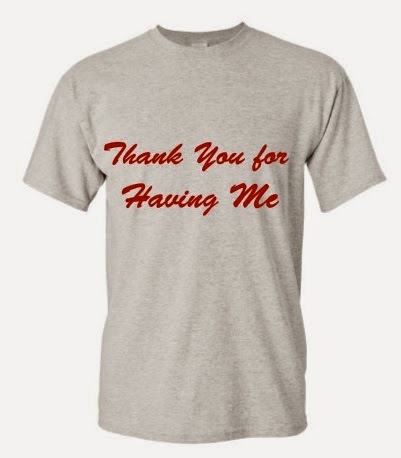 The title of the story she read at Powell’s, “Thank You for Having Me,” comes from one of the characters, a farmer who is playing music at his ex-wife’s wedding in Wisconsin, singing songs like, “I Want You Back,” and “I Will Always Love You.” But this character is somehow not pathetic or pitiful, or not only:

Except he didn’t seem to want her back. He was smiling and nodding at everyone and seemed happy to be part of this send-off. He was the entertainment. He wore a T-shirt that read, THANK YOU FOR HAVING ME. This seemed remarkably sanguine and useful as well as a little beautiful.

This is typical of the kind of dance performed in the story between humor and pathos, the push-pull of play and heart Lorrie Moore is known for.

This story doesn’t, actually, have much of a plot, at least not in the traditional sense. The only real event is that some bikers roll in and the head biker (wearing a football helmet with plush puppy dog ears glued to each side) gives a little speech about life, shooting a gun in the air. However, the bikers quickly realize they’re at the wrong wedding and speed off before anything really happens. Most of the story consists of the narrator, a woman living in the wake of her own heartbreak, a husband who left, talking to various characters, to the bride’s ex-husband, to her sassy daughter, and musing about life, and death. But the reason it works so well is simple: The writing is so f-ing funny. Every few lines, the audience erupted in laughter, and Moore knew exactly how to read with those interruptions, is obviously used to pausing as her audience continually loses control. She read:

Aloneness was the air in your tires, the wind in your hair. You didn’t have to go looking for it with open arms. With open arms, you fell of the bike: I was drinking my wine too quickly.

The bridesmaids were in pastels: one the light peach of baby aspirin; one the seafoam green of low-dose clonazepam; the other the pale daffodil of the next lowest dose of clonazepam. What a good idea to have the look of Big Pharma at your wedding. Why hadn’t I thought of that?

These lines are funny on the page, but Lorrie Moore delivers them with such sharp smoky intimacy, they feel brand-new, and even funnier.
“Most of the humor I’m interested in has to do with awkwardness,” Moore says in a 2001 Paris Review interview, “the makeshift theater that springs up between people at really awkward times—times of collision, emergency, surrealism, aftermath, disorientation.” This is what prevents Moore’s stories from seeming like just a string of one-liners, wordplay, amusing musings—of which there are many. Most of the stories in this new collection have very serious backdrops: divorce, war, death, torture, psychosis. Two of them—"Referential" and “Wings”—re-imagine tales by Nabokov and James. They trace the moments right before and after loss, the language play and humor inextricable from this loss, what floats to the surface when reason and safety fall away.

The story she read at Powell’s is the last story in the collection, and it feels more optimistic than the rest of the stories. Though death and loss still lurk, it takes place at that staple of comedy, a wedding. After all the heartbreak and sorrow, Moore tips the balance a bit, and ends her story, and her collection, on a hopeful note:

I needed my breath for dancing, so I tried not to laugh. Instead I fixed my face into a grin, and, ah, for a second the sun came out to light up the side of the red and spinning barn.

The red and spinning barn! (I just wanted to try that out, another thing Lorrie Moore can get away with and I can’t: the exclamation mark).

In the Q&A after the reading, Moore politely and thoroughly answered the audience’s questions, even the ones that seemed to me blurted unformed and absent of reason. But she had some good advice, delivered with the same kind of crackerjack humor and poise as her stories: “This is why it’s called art. There’s an element of artifice to it. You don’t write every single thing someone says. You write down the essential thing, and you get people bouncing off each other in interesting ways, and if it’s not interesting, don’t put it in,” she said about dialogue. And: “The difference between someone who is a writer and who’s not a writer is that they’re just writing things down,” in response to a question about whether there was anything in particular that influenced her to become a writer.

I mean it when I say that’s some of the best advice about writing I’ve ever heard. If I could remember just these two things, if all writers could, what a world it would be: If it’s not interesting don’t put it in. Writers write things down.
Posted by The Story Prize at 10:30 PM