In the 71st in a series of posts on 2014 books entered for The Story Prize, Dolan Morgan, author of That's When the Knives Come Out (Aforementioned Productions) describes his solution to an all too common malady. 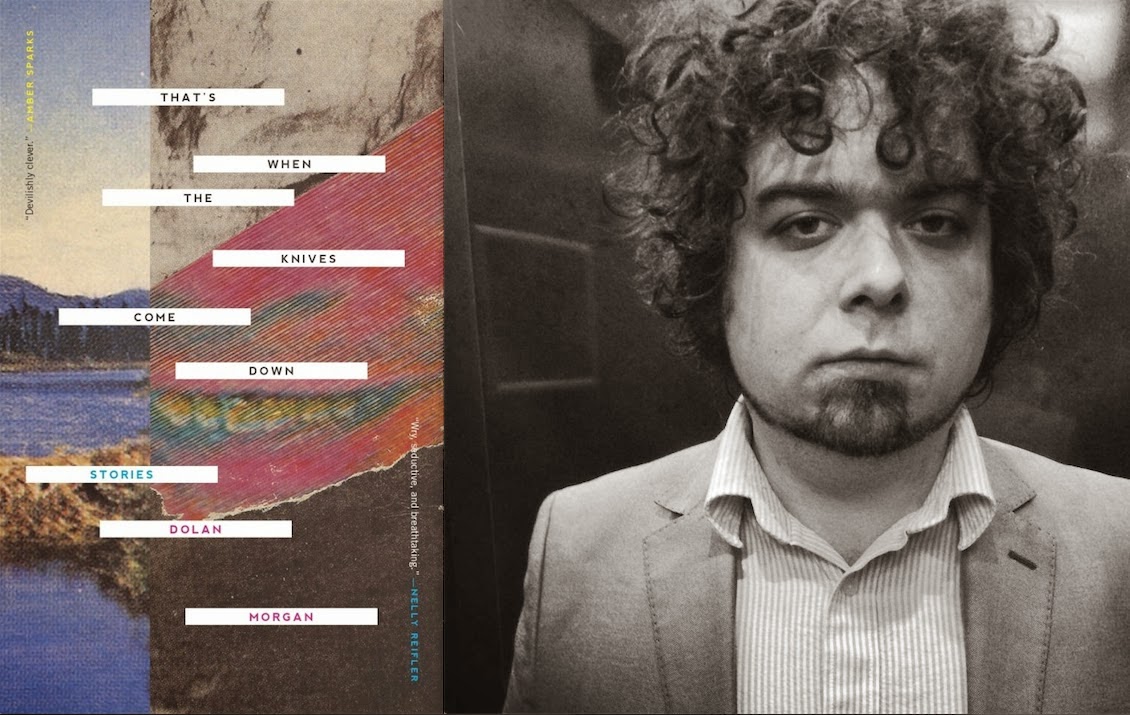 For years, “writer’s block” eluded me as a concept. I did not understand what it meant or even how it could be deemed a real affliction. Were people really having this problem? How did they know? I considered the term at best a melodramatic cover for laziness, and at worst a sign of innate inability.
I was wrong, of course, and a fool. I cringe now thinking of the way, in my youth, I would parade around and demand that people who think they have writer’s block should just sit down, get over themselves, and write already, that ideas come from action and not from perfect planning. Anyone who has experienced writer’s block knows that this is not only terrible advice but dangerous too—because writer’s block is real. It’s physical, invasive, and persistent. I learned this the hard way, and spent weeks recovering.

Now when I have writer’s block, I follow a strict regimen that I think many others could benefit from. First, I remain ever vigilant for symptoms and signs. With every new word, paragraph, or edit, I take stock of my surroundings and consider my mind and body. This must be done holistically, as things aren’t always cut and dry in life. To be safe, I go immediately into action if two or more of the following circumstances present themselves while writing:


If confronted with these, I step slowly away from my computer and retire to the bathroom—where I keep a special kit containing all relevant tools.

First, I give my body a quick search for the affected area. This is usually indicated by redness, swelling or tenderness to the touch. I carefully soak the affected area with a hot saline solution. This helps to draw the writer’s block to the surface. If necessary, I prick the center with a needle (but generally the sensitive skin opens all on its own as tension grows). From there, I use an index finger and thumb to squeeze the so-called hotspot, puckering the opening to reveal my wriggling writer’s block, and then I pull out “the head” with a set of tweezers. A long string or  tail will emerge behind it and must be gathered from the body. It will come out smoothly if there are no sudden movements. When I feel a tug or tightness deep within the chest (usually near my heart), I sever the tail with scissors or sharp blades. After placing the writer’s block in a sealable container and cleaning up the blood, I apply rubbing alcohol and a household band-aid, then let out a sigh of relief.

It can be a little tedious, but dealing with this unsightly and embarrassing ailment is well worth the effort and preparation. After just a few minutes of simple first-aid, I can get back to work. It usually takes at least four more hours for any significant writer’s block to build up in the blood, during which I can often harvest a healthy series of workable paragraphs and plot points by dissolving the extracted writer’s block chunk in a pool of water – because writer’s block survives in the body by consuming my best ideas during a rapid gestation period. 100% of one of the stories in my collection emerged whole and complete from a juiced chunk of writer’s block after medical extraction. I never would have “written” this piece if it weren’t for my dedication to home remedies and self-care.

Conversely, the accumulated effects of untreated writer’s block can be debilitating and demoralizing, even deadly, since the human body is comprised not of flesh, as is commonly repeated, but instead almost entirely of ideas and abstractions.
Posted by The Story Prize at 8:09 AM