What the Judges Had to Say About Elizabeth McCracken's Thunderstruck

When the three judges for The Story Prize make their choices, they provide citations for the books. This year's judges were Arsen Kashkashian, Noreen Tomassi, and Laura van den Berg. We include the citations in congratulatory letters we present to each finalist, along with their checks ($20,000 to the winner, $5,000 to the other two finalists). To protect the confidentiality of the judges' votes and the integrity of the process, we don't attribute citations to any particular judge. 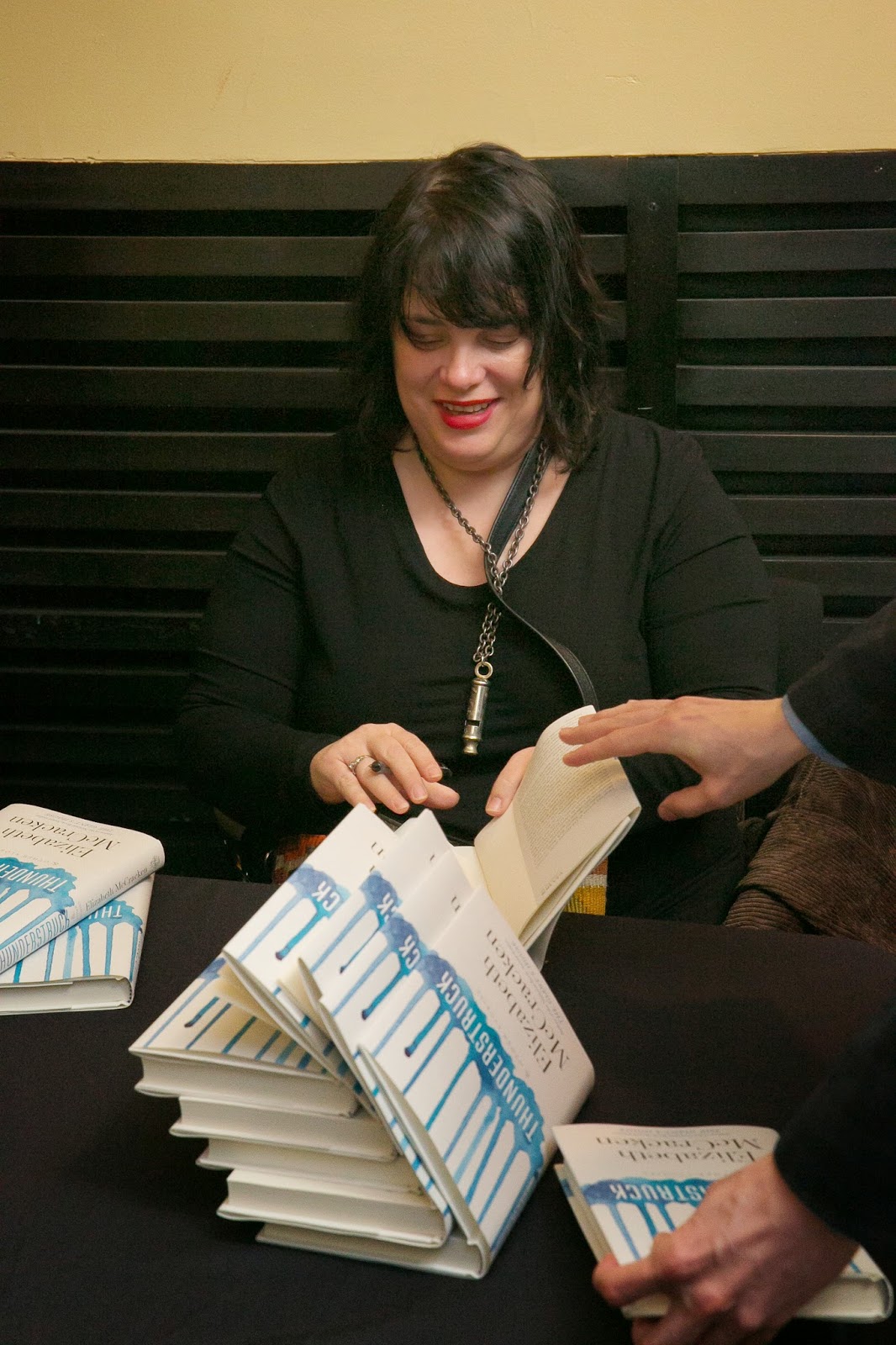 Here's what the judges had to say about Elizabeth McCracken's Thunderstruck, this year's winner of The Story Prize:


Elizabeth McCracken’s Thunderstruck is a tour de force of heartbreak, magic, beauty, and longing—all rendered in incandescent prose. Each story in the collection reads like a masterwork, rich and confident and surprising, and together they form an electrifying whole. Thunderstruck is one of those rare collections that will remain imbedded in my imagination for life.

It seems impossible that stories so filled with disillusionment, disappearance, and all manner of disconnection among such a flawed group of human beings could leave the reader feeling so hopeful, so renewed. How does Elizabeth McCracken manage to do this so beautifully in her extraordinary new collection, Thunderstruck? It's not only because sentence by sentence she is such an accomplished and wonderfully observant writer. It is not only because she is the master of the small and perfectly telling detail—the mother's light tap of a hand on her child's coffin, a suitcase fallen over like "a shot dog," "a pair of red and white espadrilles that had run in the rain." It is because she writes with such an open and compassionate heart, so that even the most damaged and lost of her characters thrum with life. In her work the ordinary becomes the transcendent, everyday sadnesses and losses are witnessed and honored, and the reader closes the book with the sense, that yes, life can be cruel and wanton and its losses devastating, but it is also profoundly beautiful.