Patrick Ryan on How to Begin

In the 68th in a series of posts on 2016 books entered for The Story Prize, Patrick Ryan, author of The Dream Life of Astronauts (Dial Press), discusses his approach to writing the opening of a story. How I wish I’d written “Chef’s House” by Raymond Carver. Actually, that’s too greedy and grandiose. All I really want is to live one day of my life as the person who, that morning, wrote the opening to “Chef’s House.” That first paragraph!* We get it all in just a few lines: the present of those two characters, their history, their heartbreak, their hope. We get the urgency, the hesitation, the tone, the sound of their voices. We even get in microcosm the entire arc of the story that’s to come—though we aren’t sure that’s the case until we’ve finished reading.

I don’t find beginnings any harder to write than endings. Or middles, for that matter. But I have settled into a few guidelines for myself when it comes to beginnings. I try to start with a sentence you can’t really argue with. Meaning, a sentence that states a fact within the world of the story. And I endeavor to make that sentence involve an action—though that’s not always possible. It’s very helpful for the writer and the reader to get to a verb that has to do with the present action of the story as soon as possible. 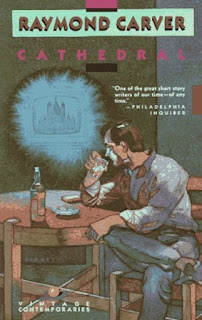 Revising the first page is an ongoing process. If I write four sentences, chances are I’ve already revised each one of them a few times before I get up from my chair. I read out loud to myself all the time, listening to the way the words line up. I do that for a couple of reasons: I want the rhythm to work from one sentence to the next, and I want to clear away any confusion. Nothing that can be read two different ways is allowed to stand. (The only exception to that, of course, is dialogue. Miscommunication between characters often serves as the gasoline in a scene’s engine.) Anytime a writer sets out to be obscure—even for a line or two—I think it’s a misstep. Anything that causes the reader to pause, back up, and reread for clarity is a misstep. Writers should only count on getting one read out a reader.

A strong sense of character has to be in place for me before I can get going. I know there are plenty of great writers who start with a few words, add a few more, and before they know it, characters and situations emerge on the page. For me, nothing emerges without a grasp on the characters I’m writing about before I begin. I don’t take a lot of notes on them or sketch out their bios as a rule, but I think about them. I picture them. I don’t need an exact face; I need an exact sense.

All of that is there in the opening of “Chef’s House.” I’m in awe every time I read it. I’ll never knock an opening out of the park like that, but a person can dream, right?

* The opening to "Chef's House" by Raymond Carver:

That summer Wes rented a furnished house north of Eureka from a recovered alcoholic named Chef. Then he called to ask me to forget what I had going and to move up there and live with him. He said he was on the wagon. I knew about that wagon. But he wouldn’t take no for an answer. He called again and said, Edna, you can see the ocean from the front window. You can smell salt in the air. I listened to him talk. He didn’t slur his words. I said, I’ll think about it. And I did. A week later he called again and said, Are you coming? I said I was still thinking. He said, We’ll start over. I said, If I come up there, I want you to do something for me. Name it, Wes said. I said, I want you to try and be the Wes I used to know. The old Wes. The Wes I married. Wes began to cry, but I took it as a sign of his good intentions. So I said, All right, I’ll come up.