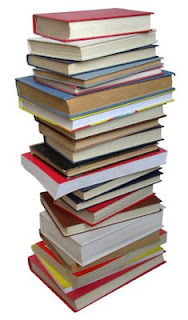 The best of 2008 lists keep coming. Among the Villiage Voice's picks for best books of 2008 is reviewer Lenora Todaro's choice of Jhumpa Lahiri's Unaccustomed Earth.

The Library Journal site lists three story collections--Say You're One of Them by Uwem Akpan, The Boat by Nam Le, and Olive Kitteridge by Elizabeth Strout--among its 37 picks, fic and non.
Shelf Awareness asked five people (so far) for their top 10 books and one of them, Harvey Freedenberg, named Lahiri's Unaccustomed Earth.
In the Readerville forum discussing yearend best books lists, Richard posts that Bloomsbury Review contributing editor Jeff Biggers has named Annie Proulx’s Fine Just the Way It Is as an honorable mention for his book of the year choice.

The Barnes & Noble Review (which I confess I didn't know existed) lists Olive Kitteridge by Elizabeth Strout as a best book choice of contributor and reviewer David Abrams.