William Lychack: "The Real Mystery Is Not How but Why"

In the 25th in a series of posts on 2011 short story collections entered for The Story Prize, William Lychack, author of The Architect of Flowers (Mariner Books), talks about his years of studying judo, the books that have inspired him, and writers who have helped him along the way. 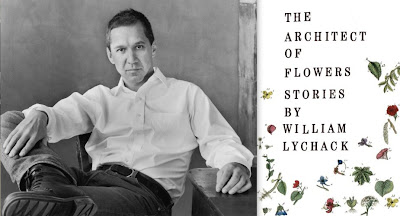 If you dabble in any other non-literary forms of expression, what do you do and how does it inform your work?
In a previous life, I played a fair amount of martial arts—particularly judo—and among other things I learned that the key to judo is balance. I’d venture to say that judo is nothing but balance, the idea, in Japanese, of kozush. Overcommit in one direction, and you’re vulnerable to the opposite. Every throw implies a counter, every pull invites a push, and every strength becomes a kind of weakness, just as every weakness turns out to be a secret strength. And you only learn this by losing, by being thrown, by taking falls. Over and over, before anything else, you learn how to hit the mat, because that’s what you need to learn for your own well-being.

Took eight years for me to earn my blackbelt in judo. Eight years, five to six days a week, and a lot of luck not to get seriously injured. Luck to have other players in the dojo with whom to train. Luck to have sempais, senior students, who took the art and the class seriously. Luck to have a sensei, a teacher, with his constant nudges and scowls and occasional beams of praise.

It’s not unlike any pursuit, I imagine, the truth being that no one can promise you a blackbelt if you go to the dojo for ten years. But they can guarantee you will not earn your shodan if you don’t keep showing up somehow. And here’s the true mystery of martial arts—the real mystery of judo is not how but why—why you keep showing up at the dojo for ten years or more.

What book or books made you want to become a writer?
It wouldn’t be fair to blame a single book for leading me down this wayward path, but I should probably curse Luigi Pirandello for writing the story, “The Cat, a Goldfinch, and the Stars.” I should curse a horrible summer job I had as a high school janitor while I’m at it, and curse my bosses who let me decamp in the library while they napped in the afternoons, and curse myself for reading and rereading Pirandello’s beautiful fable about connectedness—or the lack of connectedness—in events of this world. I could recite most of the story for you now, as if to prove what a terrible janitor I was.

To be honest, what’s more interesting to me is not what made a person want to become a writer then, but what makes them still want to be or become a writer now. Chekhov, Hemingway, Woolf, Maxwell for me. Brothers Karamazov, Jesus’ Son, Dubliners. I’ve been rereading Moby Dick this fall and recently drove to Arrowhead, Melville's house, in nearby Pittsfield, Massachusetts. Moby Dick was written behind that little bedroom window, Melville tearing at his beard as Mount Graylock went in and out of clouds in the distance. Not a happy household, as I understand, but still it makes you think anything's possible sometimes.

What is your writing process like?
Oh, I stare at Mount Graylock and just let the magic roll. Pure and effortless. And when I wake up from that dream, I find I’m still up to my chest in the sausage factory of my work, and that someone has to mop up all of this mess, and that no one else seems to be around.

The happy truth is that I no longer presume anyone cares about things like this—my work, my process, me—so I just try to listen to what I care about. I think the writer’s job is to care, and to keep caring, to care so much that you don’t care if anyone else cares, which might make someone care, and might make you care if they care.

Have you had a mentors, and who were they?
I’ve had true luck to fall into the hands of generous mentors at key moments in my life. Charlie Baxter, Nick Delbanco, Jim Robison, Blanche Boyd, the list is one of the true blessings of my life.

Another mentor, the writer and editor William Maxwell, once gave me the following advice: “Try to listen to your feelings as you would to the sound in a sea shell, and then put them down on paper.” That seems the kind of perfect, direct, and reasonable counsel that an aspiring writer (such as myself) might ignore for a good decade. And one ignores it for good reason—it’s difficult work—but, again, your real job is to sometimes care enough to find and say what you feel about the world.
Posted by The Story Prize at 10:45 PM