Joseph Salvatore on Collections with Natural, Subtle, and Sublime Arcs 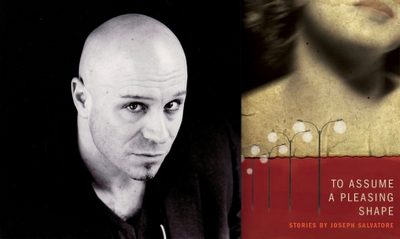 Is there a story collection you consider your ideal of what a collection should be?

I love story collections. The place that each story takes you to, as well as the chance to take that journey in one sitting, is part of the seduction for me. When I was a kid, my mother took my sister and me to the library every week. There, I discovered and devoured books about Encyclopedia Brown, boy detective.  Each short story was a mystery and had a puzzle to be solved (an answer key was provided at the back of the book). I would read a single story at breakfast, or on the way to school, or in the back seat of the car, anywhere. After that, it was Sherlock Holmes and Alfred Hitchcock mysteries—again, short stories I could inhale in one sitting. In junior high, it was Poe and Dubliners; in high school Hemingway's In Our Time. College was Carver, Beattie, Moore, Ozick, Hempel, Barth, Borges, Barthelme—the whole world of short stories finally introducing itself to me.

So many collections have deeply moved and marked me: Coover's A Night at the Movies, Moore's Self-Help, Munro's Hateship, Friendship, Courtship, Loveship, Marriage, Hempel's Reasons to Live, O'Brien's The Things They Carried, Edward P. Jones's Lost in the City, Lahiri's Interpreter of Maladies, Means's Assorted Fire Events, Mueenuddin's In Other Rooms, Other Wonders. And on and on. However, there are two about which I feel certain I would allow one of my fingers to be cut off without anesthesia if I could have written either: Joyce's Dubliners and Johnson's Jesus' Son. Both books were never marketed as "a novel-in-stories," but both books have a natural, subtle, yet sublime, classical arc that is, for me, almost more satisfying in retrospect than it was during the reading. While reading Jesus' Son, for example, I never thought "How, by the end of this book, will the protagonist ever get clean and sober and find redemption and healing in a believable way that brings together so many of the themes that the author has woven together so cleverly throughout this entire collection?" No.  Rather, each story picked me up and carried me away, without a concern for the larger whole.  Once I finished the book, however, I understood that something else had happened to me.

In Jesus' Son, we start with Fuckhead (the only name to which our protagonist is referred) on a road to death (both spiritually and physically). We see him engage in all manner of self-destruction. But we sense that something else is going on for him—something more than merely getting high; he is, as William James calls it in Varieties of Religious Experience, a "sick soul." But moreover, he is, dare I say it, a pilgrim on a journey: searching for family, for vocation, for healing and home.  Once we get to "Happy Hour" (one of the least happy stories in the collection), Fuckhead reaches the center of Dante's  Inferno at a bar called Pig Alley: "The cigarette smoke looked unearthly. People ... gave up their bodies ... only the demons inhabiting us could be seen. Souls who had wronged each other were brought together here. The rapist met his victim.... But nothing could be healed." Johnson finishes that paragraph blending indirect dialogue with one of several direct addresses to the reader (who, it may be said, stands in as his Virgil) saying: "And what are you going to do to me now? With what, exactly, would you expect to frighten me."

The next story "Steady Hands at Seattle General" might function, then, as a sort of Purgatorio, where a horrific case of the DT's and an act of brotherly goodwill (a haircut) come together to create a liminal space for our protagonist. And finally, with the last story, a kind of Paradisio concludes the arc. "Beverly Home" brings Fuckhead to the end of his journey, a place where no longer is there the "knife dividing" alienation we've seen throughout, but rather a coming together and a healing: "All these weirdos, and me getting a little better every day right in the midst of them.  I had never known ... that there might be a place for people like us." (Chills ripple my skin as I type those lines, just as they did when I first read them.)


Dubliners, of course, has that classical arc, too. An arc that takes us from childhood stories such as "Araby" and "An Encounter" to the adolescent "Two Gallants" and, finally, to the impossible-to-praise-enough miraculous adulthood work of art "The Dead."

Both collections have provided, for me, reasons to live.
Posted by The Story Prize at 3:30 PM