James Magruder and the Boyhood Tribulations

In the 21st in a series of posts on 2014 books entered for The Story Prize, James Magruder, author of Let Me See It (TriQuarterly Books), discusses one of his literary touchstones. 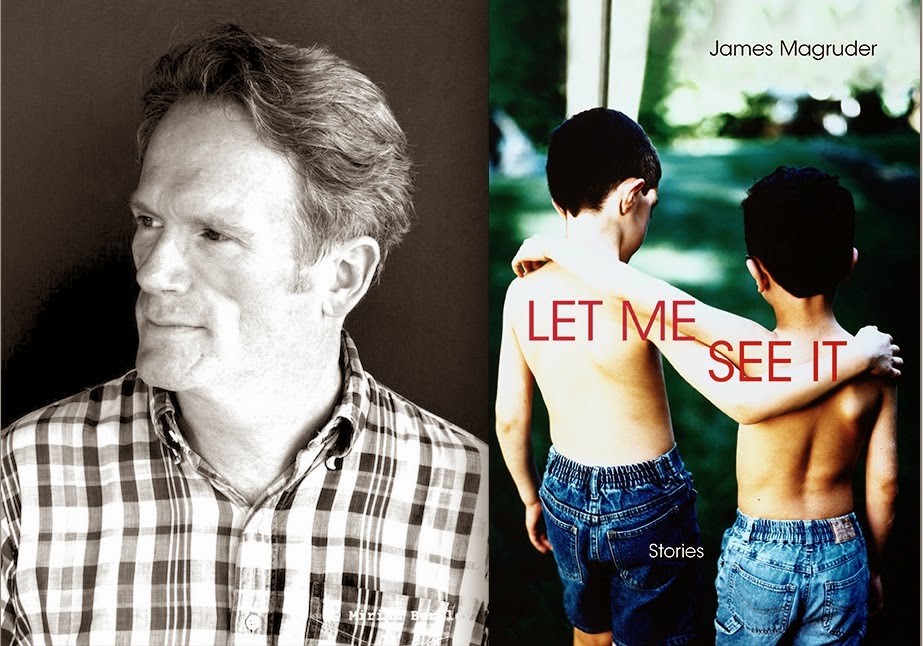 When I’m stuck, really stuck in a story of my own, I read comedy to feel better. The quickest fixes are Welty’s “Why I Live at the P.O.,” Ignatius J. Reilly visiting the Prytania Theatre early on in A Confederacy of Dunces, and the Delbert Bumpus chapter in Jean Shepard’s undervalued Wanda Hickey’s Night of Golden Memories and Other Disasters. Longer wallows would include Dawn Powell’s The Happy Island or A Time to Be Born or Waugh’s The Loved One. Most salutary of all is Herman Wouk’s second novel, The City Boy, or The Adventures of Herbie Bookbinder. Published in 1948, just before The Caine Mutiny would bring Wouk fame, fortune, and (for better or worse) a mass market readership, The City Boy has more honest laughs per page than any other book I know. When I pick it up—and I have probably read it twenty times since I spotted it on the fiction shelf in the Bower Junior High Library in 1973—I promise myself not to go too far, and find myself up all night with Herbie, a fat, brainy Jewish sixth-grader growing up in the Bronx in the 1920’s. 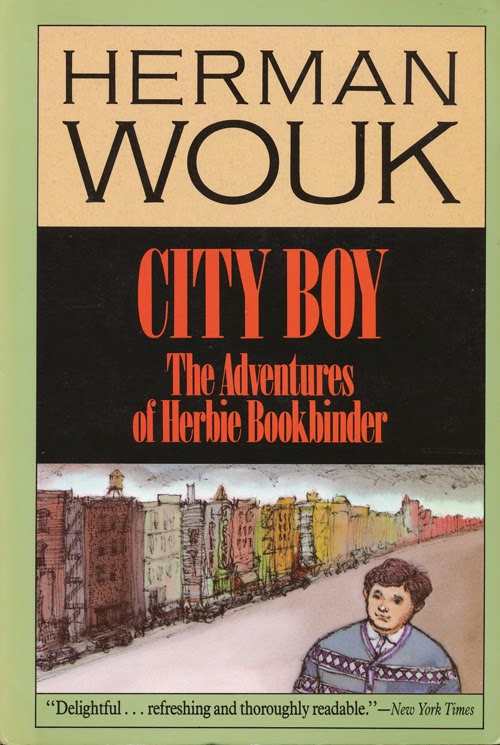 restaurant; Herbie trying to impress Lucille Glass, the red-haired siren of Mosholu Parkway, by changing the part in his hair, only to have it spring up like a boxwood hedge in a romantic moment; Herbie teaching Lenny Krieger, his jock cousin and nemesis, the difference between a dactyl and a trochee. My favorite episode, “The Dubbing of General Garbage,” features a giddily horrible Decoration Day Pageant commemorating Flanders Fields, after which Herbie and Lenny play Grant and Lee in “The Surrender at Appamatox.” For once, Herbie triumphs with his clear diction, natural ham, and a trick button only he has noticed on General Lee’s scabbard.

The novel broadens, and the cast widens, a third of the way in, when Herbie and his sister Felicia, Lenny, and Lucille head upstate for a month in the Berkshires at Camp Manitou. Tribulations pile up for our hero—on the pond, in right field, in his cabin, on a horse, at a mixer. How Herbie redeems himself to become the most popular Manitou camper, win Lucille’s favor (at least for the moment) and, not incidentally, save his father’s ice plant in the Bronx, is a boy’s adventure—breathless, tender, truthful, hilarious—to rival anything in Tom Sawyer or Penrod.

When I discovered City Boy, I wasn’t fat, I wasn’t Jewish, my family wasn’t working class, and I never went to summer camp, but at thirteen, runty, effeminate, four-eyed, unathletic, and often the new kid in class because my father moved us around too much, I understood humiliation. I had learned to make the bullies laugh before they had a chance to hit me. I knew how to charm girls and teachers and pretend I didn’t know the answer sometimes and claim to love Hot Wheels and Speed Racer and, always picked last for team sports, I knew to get knocked out early in dodge ball before anyone could watch me throw like a girl. I also understood Herbie’s appetite. I craved appreciation. I remember on my first readings how Wouk’s recollections of his Bronx boyhood scared as much as it entertained. Wouk “saw” me, “heard” me, noticed me as no other writer had before (and I was quite a bookworm). I felt both Herbie and I were waiting until life got fairer and the world began to value knowledge over force. Except I kept my head down while Herbie stood as tall as his legs would let him. That’s what made him heroic.

Perhaps I even understood, in my junior high way, that the only way to master your childhood was to put it out there and invite people in. I didn’t allow myself to attempt fiction until my early forties. I am (for better or worse) a very autobiographical writer, and humiliation has been my narrative meat and drink. The last time I read The City Boy was in 2010. My first novel had come out and I was shopping a book of stories. The City Boy frightened me in a new way. The humor remained, for me, bone-deep, inscribed not only in the characters and situations and details, but also in its syntax, its rhythms, and the calibrated distance of the third-person narrator. What I heard in this last go-round was the large, direct, and influential part of Wouk’s voice on my voice. It was as if his sentences had seeped into me on a cellular level. I’m not sure how I feel about this, as I’d rather read my work and hear Forster or Conrad or Dawn Powell. I suppose Herbie is in me that deep because he got me young and hit me hard. In any case, I’ve been giving copies of his adventures to friends and family since college. Perfect material for Steven Spielberg, it is my one free idea for pals who work in movies or television. Now I’ve told you. Fortunately, The City Boy is always in print.
Posted by The Story Prize at 6:50 AM