Robert Lopez on Waste and Welter

In the fifth in a series of posts on 2016 books entered for The Story Prize, Robert Lopez, author of Good People (Bellevue Literary Press), discusses his approach to writing. 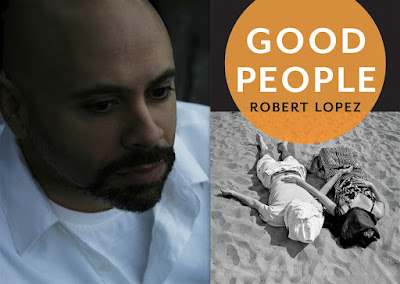 I am like everyone else in that I’m different, too.

Everything else I do I do because it’s what I do. Writing is how I enter the world and move through it. I imagine it’s how I will exit it, as well.

I’ve written this sort of thing before and I’m stealing from myself and others as I write this now.

Once, I wrote, The good thing about today is I slept through most of it.

This appeared in an anthology of avant-garde writers. 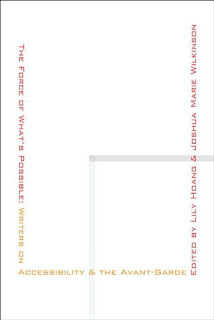 I was asked to come up with an essay about process, my process, how I go about doing what it is I do, even though I don’t think of myself as avant-garde and try not to think about process.

This is entirely true. I’ve never had an idea for a story. I’ve never heard someone tell me a story and stolen it. I steal language and lines, but never stories. This has nothing to do with ethics, of course. I wouldn’t know how to steal a story, just as I don’t know how to write one myself.

Meaning I can’t explain to you how I write stories. I was born into a family in a city that is part of a country, which is part of a planet. I’ve lived for almost forty-five years now. I’ve been around people, have spoken with them, have seen them being people, have interacted with them, personally and professionally. I’ve done most of the human things or at least a good many of them.

After all this somehow or another I can write sentences that amount to a story or what some might consider a story.

As a teacher and editor I can look at a story and diagnose what’s missing or what’s too much. But as a writer I rarely think about those things.

I do sometimes think about them, but I try not to. It’s all feel or that’s how I want it to be.

It’s all Jazz. If it sounds right it is right.

Most of the time.

I didn’t sleep through most of today, though it wouldn’t have been a tragedy if I’d had.

Here is a list of the questions that this piece of writing is trying and failing to answer.


These are all good questions and I like hearing others answer them.

There are a lot of stories I’ve read that made me want to be a writer, lots of stories that I’d wished I’d written. Grace Paley has done a couple. So has Barry Hannah.

I play a lot of tennis. This helps with the writing. I’m not sure how it helps, but it helps.

This, too, this nothing, probably helps with the writing.

Wallace Stevens is an answer to a few of the questions, too.

I like a good many bookstores, but none are important to me.

The idea of a bookstore is important to me, though.

Joan Didion said, “We tell ourselves stories in order to live.”

They’re both right and wrong.

Other makings of the sun are waste and welter, after all.
Posted by The Story Prize at 9:35 AM