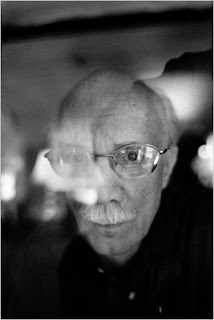 This Sunday's New York Times Book Review features "The Ambition of the Short Story" a back page essay by Steven Millhauser. I'll let it speak for itself and simply recommend Millhauser's short fiction to anyone who hasn't read his work before. He's a brilliant miniaturist and fabulist, though also much more than that. His novel Edwin Mullhouse: The Life and Death of an American Writer 1943-1954, by Jeffrey Cartwright is an amazing book.

Millhauser currently has a collection out called Dangerous Laughter: Thirteen Stories. In addition, he has published four other story collections: In the Penny Arcade, The Barnum Museum, Little Kingdoms, and The Knife Thrower and Other Stories. The title story of that last book was the second prize winner in Prize Stories 1998: The O. Henry Awards, brilliantly introduced by judge Mary Gaitskill. Millhauser may be best known to a wider audience for his story "Eisenheim the Illusionist," which was the basis for the film The Illusionist.
Posted by The Story Prize at 9:49 AM