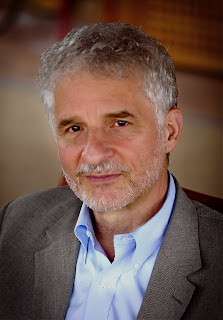 This is the first in a series of three posts, each focusing on one of the judges for The Story Prize this year.
Daniel Menaker has a long involvment with short fiction in several capacities. He was an editor at The New Yorker for twenty years, where he was the first to publish such authors as Michael Chabon, Michael Cunningham, and Jennifer Egan. While there, he also worked with Elmore Leonard, Alice Munro, Salman Rushdie, and Isaac Bashevis Singer, among others.
In 1995 Dan left The New Yorker for publishing, joining Random House as Senior Literary Editor. After a stint at HarperCollins, he became Editor-in-Chief of the Random House editorial imprints in 2001, where he worked with such authors as Billy Collins, Gary Shteyngart, Colum McCann, Benjamin Kunkel, and Sister Helen Prejean.

On top of all of that, he's the author of two books of short stories--Friends and Relations and The Old Left--and a novel, The Treatment, which was made into a film in 2006.

Dan continues to contribute to such publications as The New Yorker, The New York Times, Slate, and the Huffington Post. Presently he's working on Can We Talk?, a book about conversation, and is the editorial producer and presenter for the online talk show about books, Titlepage (titlepage.tv). The program is currently on hiatus, but on the Web site you can view six hour-long episodes, each featuring a discussion with four authors. (Episode 4 includes Elizabeth Strout, author of a book of connected stories, Olive Kitteridge. And Episode 5 includes short story writer Nam Le (The Boat).) If you haven't seen the show yet, check it out. You'll learn how knowledgeable and insightful Daniel Menaker is about literature--qualities that will no doubt make him an excellent judge for The Story Prize.
Posted by The Story Prize at 5:00 AM