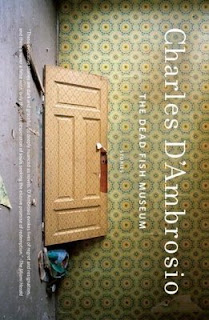 D'Ambrosio well deserves the honor. His 2006 short story collection, The Dead Fish Museum, which The Story Prize designated as a notable collection, is an excellent book. I particularly liked "The High Divide," "Drummond & Sons," and "The Scheme of Things," all of which first appeared in The New Yorker.

Authors who write short stories seem to do very well garnering literary honors, including the Whiting Writers' Awards and the MacArthur Foundation fellowships, in addition to the Lannan. It's when it comes to book awards for fiction that novels tend to dominate, which is one reason we created The Story Prize. Clearly, practitioners of the short story form (too bad there's not a term equivalent to "novelist") engender a lot of respect, which nobody can deny.
Posted by The Story Prize at 9:45 PM