How Joyce Carol Oates Does It

In the 65th in a series of posts on 2010 short story collections entered for The Story Prize, Joyce Carol Oates, author of Sourland (Ecco Books), explains how she puts together a story collection and what her writing process is like. 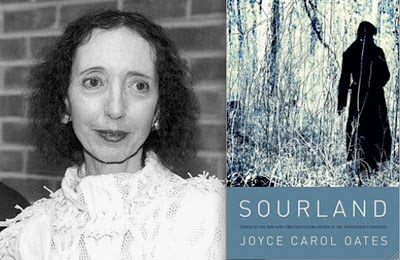 Describe one of the stories in your collection.
The first story is "Pumpkin-Head"—it is intended to frame the last, novella-length story "Sourland": Each is concerned with the nature of sudden loss, grief, and the "posthumous" life of the survivor. In the interior of the book is "Probate"—a story about a woman who has been a widow for just three days and who is beginning to come to grips with the permanence of her condition. "Pumpkin-Head" depicts the grieving woman who has become a sort of ghost haunting her own house, after her husband's death; "Sourland" brings the widow out of the confinement and comfort of the house, to a mountain preserve in Minnesota. (My story collections are arranged like narratives in themselves which is why I am describing not one but three stories that hold the volume together structurally. Another story about loss and grieving is "Uranus," near the end of the volume: Here, a woman is dreaming back to a time before her beloved husband died, and she has entered a dimension of being so disorienting to her, it is like "Uranus." The reader understands that the woman has lost her husband, but the woman herself doesn't—yet—seem to comprehend.)

What is your writing process like?
My writing begins in so inchoate and scattered a way, it hardly seems like a "process" at all. Primarily I take notes—many notes—pages of notes. Ideas mesh with characters—characters confront one another, in the seemingly spontaneous creation of "plots." I think that character and setting are "plots"—the story is the total experience of what has happened to the protagonist. Through my lifetime of writing I've been variously interested in what might be called traditional—"storytelling"—stories and "conceptual" stories. Most fascinating to me are stories like "Pumpkin-Head," in which we sense that something profound has happened to both the widow and the young molecular biologist—but neither could probably have said what the experience was. This seems to me true to our lives, rather more than the shaped structure of the traditional short story which exudes a definite meaning, or the intellectually engaging "conceptual" story—in which characters are subordinate to the predominant idea.

At what stage do you start seeking feedback on your work and from whom?
When I've worked on a story for some time, I set it aside for a while, reread it, revise it, and send it out. It's rare for me to ask for others' opinions—I don't have that kind of personality, though I am a writing instructor myself. I would not feel comfortable asking another person to read my work and spend time thinking about it in a potentially helpful way. (Though lately, since I've remarried, my husband asks to read my work; he's a neuroscientist, and a very sympathetic yet sharp-eyed reader. This has been slightly uncomfortable for me, but I am getting used to it by degrees.)

What do you think a good short story collection should deliver?
What a question! Any worthwhile book should "deliver" a complex experience, emotional, intellectual, spiritual. Diversity within an over-all, structural and thematic unity. This is the ideal story collection of which, for instance, James Joyce's Dubliners is exemplary.

What book made you want to become a writer?
Lewis Carroll's wonderful Alice in Wonderland and Alice's Adventures Through the Looking Glass. Though in fact I was much too young to imagine being a "writer," immediately I began drawing and scribbling miniature novels of my own, featuring chickens and cats, since we lived on a small farm. I suppose I have not stopped.

What kind of research, if any, do you do?
Obviously, this depends upon the work of fiction. Most short stories of mine don't require research so much as meditation/contemplation. For a long novel like Blonde, which is an interior monologue by Norma Jeane Baker (who becomes "Marilyn Monroe"), I tried to do a minimum of research in order not to be overwhelmed by facts; it was a pleasure, however, to see all of Monroe's movies available on DVD, in chronological order.

If you dabble in any other forms of expression, what do you do and how does it inform your work?
"Dabble" is a curious expression—actually I take my non-fiction writing (essays, reviews, plays, occasional poetry) as seriously as my fiction. The intellectual engagement of a lengthy review-essay, for the New York Review of Books, for instance, can be quite intense and even exhaustive—and exhausting. Memoirist writing is hardest of all—very emotionally draining. There never seems enough of what is real—what really happened; yet one can't have too much, for the fluidity of the prose will suffer.

Describe a technique you've learned from other narrative or non-narrative forms of expression.
I've read so long and so much—I'm not sure how even to answer this. From Hemingway, years ago as a high school student, when I was first seriously experimenting with writing, I learned that drama is tightened by omission and obliquity; it is better to say too little than too much. Now, such writing is called "minimalism," but Hemingway's work hardly seems "minimal" since its subjects—mortality, death, courage, resignation—are so profound.

Who is your favorite living author and why?
Favorite living writer! Very hard to answer— have many writer-friends—and some wonderful writer-friends (like John Updike) who died very recently. It would be like naming favorite siblings since I am so close to a number of these writers. And so I think I had better remain discreetly silent on this subject.

Have you ever written a short story in one sitting and not revised it later?
Never—not even in high school! (This would be equivalent to throwing together a serious meal for a dinner party in five minutes. Not much fun, and why would one do it?)

What's the longest narrative time period you've ever contained in a short story?
This is an intriguing and unusual question! I have several stories, most recently one titled "Fossil-Figures," that take characters through their entire lifetimes—which would be, in this instance, about seventy or more years in the lives of two men, identical twins, whose spiritual beings are so closely bound together, the death of one is the death of the other. But most of the stories in Sourland take place within a very finite period of time, a few hours, or days at the most. In a finite period of time, an entire lifetime can be summoned. This is the hope, the challenge.
Posted by The Story Prize at 11:43 AM