In the 60th in a series of posts on 2010 short story collections entered for The Story Prize, Kate Bernheimer, author of Horse, Flower, Bird (Coffee House Press), offers an original story. 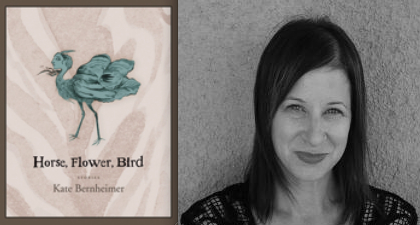 This story is based on a haunting Russian fairy tale called “How a Husband Weaned His Wife from Fairy Tales.” The traditional version ends with the wife being beaten and beaten until she no longer has a need for these magical stories. My version, written in honor of The Story Prize, is an ode to storytelling, as are the stories in Horse, Flower, Bird.
How a Mother Weaned Her Girl from Fairy Tales
There was once a mother whose only child loved fairy tales above all else and accepted as dolls only those who could tell stories.  Of course the child suffered loss because of this, as there were not so many dolls that could perform such  a remarkable task. And her mother suffered as well: when she went to the department store on birthdays or Christmas, she often left empty-handed, and disappointed her only child who asked for more and more stories.  Bad stories or good. She wanted more fairy tales—that’s all she ever wanted, she said. She was insatiable.
By her eighteenth birthday the child had only two dolls: one who told wonderful stories and one who told very bad stories indeed.  Still, the child was very good-natured and told her mother, one cold winter evening, that even two dolls, one who could tell wonderful stories and one who could tell terrible stories, were far better than none and their household had more fairy tales than more impoverished homes, where perhaps no storytelling dolls ever had lived.  And then she hugged her mother and kissed her goodnight.
That very same night, at a very late hour and (of course) a wee bit of vodka, the mother wondered how she might wean her daughter from fairy tales. One day, every girl must grow up, after all.  There was a knock on the door.  There stood a witch doll, shivering with cold, and she asked the mother for shelter.  The girl’s mother said, “Can you tell stories? My daughter does not allow any dolls in the house that cannot tell stories.” The witch doll saw that she had no choice; she was a rag doll and she had tiny icicles dangling off of her rag-limbs.  She was almost frozen to death. She said “I can.”  “And will you tell them a long time?” “All night.”
So far, so good.  The mother let the witch doll in, and set her in a tiny rocking chair right by the fire, where her cotton stuffing nicely and evenly warmed.  The mother gently woke up her daughter, and said “There is a witch doll here, who has promised to tell stories all night long, on the condition that your other dolls do not argue, or interrupt.” The daughter woke up her dolls—the one that could tell good stories and the one that could tell bad stories—and brought them to the living room and sat near the hearth.  The mother had laid out all manner of goodies for all of them to eat: lollipops with chocolate tucked inside their miniature globes; jelly beans; and buttered toast.   The witch doll said, “Yes, I will tell stories, but there must be no interruptions—or I will tell no more stories to you.”  The mother, the daughter, and the two dolls ate their snacks and went back to bed.
The witch doll began: ‘An owl flew by a garden, sat on a tree trunk, and drank some water. An owl flew into a garden, sat on  a tree trunk, and drank some  water. An owl flew by a garden, sat on a tree trunk, and drank some water.’ Over and over again, the witch doll repeated this sentence.  The good doll listened and said from her little doll bed: ‘That’s a beautiful story, but I’m afraid your audience might become tired of it. I’m not tired of it, of course, I think it’s lovely, but—’ And the bad doll shouted from bed, ‘That’s not even a story!’ 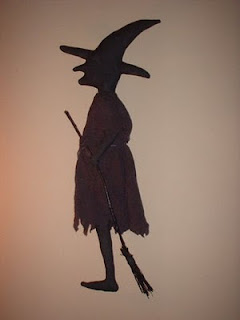 The witch doll gazed coldly into the fire. ‘Doll One, you’ve interrupted me. I told you not to interrupt. And Doll Two, you have argued. That was only the beginning. I was going to change it later.’ The witch flew out of a window with the two dolls in her hands.  She dropped the dolls into the frozen pond: down into a teeny hole that had been made by a rabbit. And there in ice water they drowned.
The mother saw this from her bed. She rushed over to her darling, beloved, lone daughter, who had been blissfully sleeping—dreaming the whole thing just like a character might in an old storybook. Her mother knelt down, clasped her child’s warm hands into her own, and silently pleaded with her: ‘Your dolls were told not to interrupt, and never to argue, and now look what’s happened! We won’t get any more fairy tales!’ And she hugged her and hugged her, to offer some comfort. The child never asked for a talking doll ever again, and the witch doll flew around the world over and over again, for a household that might more quietly listen to her. She’s still flying today, alone up there in a very cold wind.
Posted by The Story Prize at 6:23 AM