Ann Packer Gets Some Distance

In the 11th in a series of posts on 2011 short story collections entered for The Story Prize, Ann Packer, author of Swim Back to Me (Alfred A. Knopf), runs us through her writing process. 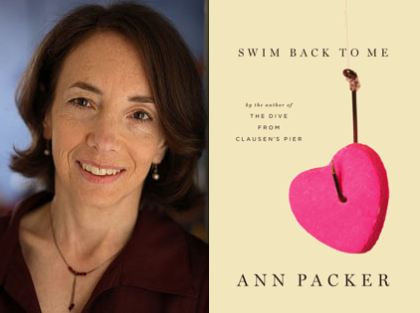 Which story in your collection required the most drafts or posed the most technical problems?
"Things Said or Done" underwent the most significant changes as I moved from a first draft to the final version of the story. The characters retained their basic identities (that in fact originate in the piece that opens the book, the novella "Walk for Mankind," which takes place 35 years before the events of the story), but their circumstances changed and no scene from the first draft survived the revision process. I don't think I wrote more drafts than I usually do, but the changes felt more drastic.

What is your writing process like?
I begin with very little:  an image or a situation, or sometimes a voice, perhaps the narrator's or maybe that of one of the characters, speaking a line of dialogue. As I write the first draft, I start to figure out who the characters are and what they want, and as I work that out I get a sense of where the story is going. Once I've completed a full draft, I show it to a few writer friends, whose best help is sometimes just a description of what they see me trying to do. With that in hand, and with the distance I've acquired by stepping away from the piece for a little while, I begin to revise, and the analytical part of my mind becomes more active. Over several drafts I get closer and closer to a feeling of having done whatever it was I didn't at first know I was trying to do, until at last I decide I'm finished. It can take months or even years to arrive at that point, but once I've gotten there I rarely go back and start tinkering again.

What book or books made you want to become a writer?
Cheever's stories were very important, and then when I began to get serious about writing Alice Munro became a beacon to me.