John Elvis Smelcer on the Hardest Part of Writing a Story

In the seventh in a series of posts on 2011 short story collections entered for The Story Prize, John Elvis Smelcer, author of Alaskan: Stories from the Great Land (Standing Stone Books) on his struggles to turn a tragic event into a story. 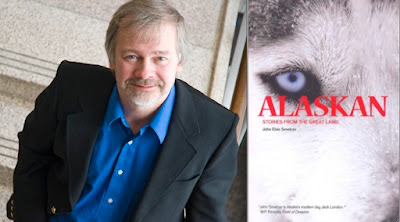 Which story in your collection required the most drafts or posed the most technical problems?
I had the most difficulty with the lead story in the collection, "Sunday Drive." The story is based on an actual, tragic event that happened about fifteen years ago. At first, I wrote it as a poem, but the story was bigger than the confines of a single-page poem. There was more gut-wrenching drama to the story; it needed to be told more slowly, building characters that we cared about or else the ending would fall flat. Over the following years, I tried to write it as a short story, but I couldn't figure out who or how to narrate it or the proper voice and tone. Often the hardest part of writing a story is pre-writing: who tells the story, past or present tense, where does the story begin and end? Sometimes these answers only come in the writing of the thing (the end particularly). The early versions of "Sunday Drive", written at various times over a decade, always ended up sappy . . . an injustice to the reality of the great tragedy and suffering.

There's another story that's been brewing in my head for about eight years. It too is based on an actual event. I've written a dozen drafts of the story, and each one has ended up in the garabage can. I just can't figure out how to tell it. But it'll come, in a dream or in a sudden epiphany. Of that I have no doubt.
Posted by The Story Prize at 11:55 AM