E.J. Levy and the Sympathetic Practice

In the 67th in a series of posts on 2012 short story collections entered for The Story Prize, E.J. Levy, author of Love, in Theory (University of Georgia Press), discusses the evolution of her subject matter. 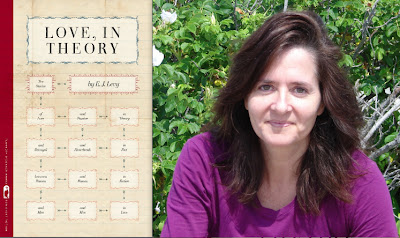 “All literature is autobiography,” modernist novelist Virginia Woolf once claimed. When I first tried my hand at writing fiction at the age of 30, in an evening extension class at City College in New York years ago, I found Woolf’s words a comfort: that the material of my life and those I knew might be the stuff of literature delighted me. I’d grown up in Midwestern suburbs, that most unromantic of places, had studied economics as an undergrad, that most unromantic of subjects. I worried that our lives were not the stuff of art. I did not reside at Mansfield Park, had not spent time in an orphanage or in a war, but Woolf’s work and words about writing promised that our lives might matter nonetheless, if observed closely and well.

So I took notes on how we lived in Brooklyn at the end of the 20th century—the tribe of lesbians I lived among in Park Slope then, the artists and editors at the magazine where I worked—and I wrote my first story, “Theory of Transportation,” in a single sitting, a story that would in time become the seed of my first collection, Love, In Theory, winner of the 2011 Flannery O’Connor Award. Above all, I read and reread the wonderful short stories of Amy Hempel, Lorrie Moore, David Leavitt, and John Cheever, amazed by their alchemy, how they transformed daily-ness into drama and significance.

Almost a decade later, I got up the nerve to go to graduate school where I wrote most of the stories in the debut book that was published this year. As I wrote, I leaned away from the personal, drawn to the mystery of lives unlike my own: an octogenarian on an ornithological tour in Costa Rica; an orderly in a psychiatric ward in northern Minnesota; a gay male oncologist home for a wedding; a rug collector in Chicago; a woman pursuing her beloved to an ashram, after having been dumped for God. These days, the seeds of my short stories most often come from The New York Times—a young Pakistani woman who flees a brothel with her beloved’s help, only to find that their parents want to send her back; elderly Chinese workers speed dating at IKEA; intelligent octopodes. These days the inspiration for story often lies far from my life, in the mystery of what is not known.

Conducting research for a story can be, for me, nearly as engaging as writing; both provide the singular pleasure that poet Elizabeth Bishop famously described as “a self-forgetful, perfectly useless concentration.” Writing, we are lost in thought—or, more accurately, we are found.

Increasingly I write to shrug off the yoke of self and slip into other lives, to know what it is to be human at this point in history; I write, in short, for the same reasons that I read. Mine is a common trajectory for fiction writers: First we write to affirm and understand our own experience, then we write to understand other lives. (Of course, the division isn’t nearly so neat between the two subjects: writing about the one, we are engaged in the other.) For me, fiction writing has always been a practice of disciplined empathy. It’s just that when I first set out to write at thirty, I needed to develop empathy for myself and for those I lived among; now the human circle is expanded.

There was a time not long ago when my first stories began to be published—in the Paris Review, North American Review, publications where those writers I’d admired had published, too—when I worried whether writing fiction was self-indulgent. I wondered, Why write? When so much was wrong with the world. Answers to that question are obviously as various as writers are, as diverse as their work. The best answer lies in the work itself, and in the working. In the patient practice of noticing and noting down the details of one’s life and those of others, we gently stitch ourselves more tightly to the world. The act of writing restores a conversation with oneself that we are sorely in need of having in our increasingly distracted culture. It’s a kind of communion with the self, which is the foundation for a communion with others and the world.

These days I tell my graduate students that fiction writing is a sympathetic practice—by imagining our way into others’ lives, we exercise and strengthen our ability to care for and about others, transcending briefly our egoism; writing, we exercise that most important muscle, the heart.
Posted by The Story Prize at 12:00 PM