In the 15th in a series of posts on 2013 books entered for The Story Prize, Joan Silber, author of Fools (W.W. Norton), discusses her unique approach to putting together a short story collection. 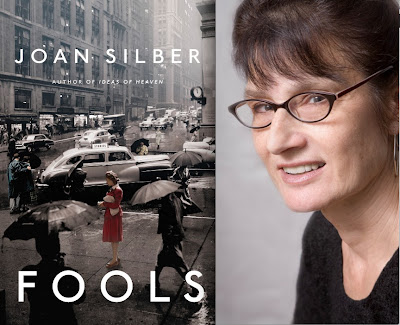 What’s your approach to organizing a collection?
My last three books have been linked stories, and when I give readings, somebody in the audience often asks, “Do you plan all the stories in advance or do you just make them up as you go along?” When I hear myself say, “I just make them up,” I sound very carefree and irrepressibly inspired, which is unfortunately not true.

I start with a first story and then I keep digging for routes to further investigate what it’s about. In Fools, the first story came after a trip to India, which was disturbing in all the ways everyone knows. One consoling thing for me was seeing that every city seemed to have a Gandhi Museum—Gandhi being the great figure of visionary stubbornness. I pondered whether America had anyone like Gandhi, and I thought of Dorothy Day, famous Catholic radical, who began as a Village anarchist, and I set my story in her world of anarchists in the 1920s.

Anarchists were considered “fools” for their dedication to ideas—and for the next stories, I started to think harder about how people live for ideas (and why we think money or love can let us live without them). As I came up with new stories, I re-used characters—followed their offspring in later eras—grew branches from branches.  But really I was focused on thematic connections.  I don’t think we talk enough about theme--or meaning, which is what writers call it. Sometimes I startle my students in fiction classes when I say, “So what is this about?”

In this form I’ve come up with, characters who are hateable in one story can be humans we’re allied with in another. There’s a beautiful quote from John Berger in which he says, “Never again shall a single story be told as if it were the only one.” This suggests that a stretch is required of all of us, to get out of our own skins.
Posted by The Story Prize at 10:53 AM