Kevin Barry and the Deeply Esoteric

In the 61st in a series of posts on 2013 books entered for The Story Prize, Kevin Barry, author of There Are Little Kingdoms and Dark Lies the Island (Graywolf Press), discusses where he finds stories and how he puts a collection together.

How often does an idea for a story occur to you, and what triggers those ideas?
Increasingly now I think that stories come from their places. I think that human feeling – and very often it’s anguished or melancholy feeling—settles into the stones of a place, and it gives off a curious reverb, and as a writer you’re merely a set of antennae hoping to snag on some of these vibrations. The stories are out there, in other words, and you just have to listen hard and hear them. I hope this sounds properly esoteric because writing stories is a deeply esoteric business. The more you do it, the less you know about it. The closer in you get to the craft, the more the mystery of it deepens. 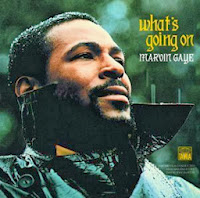 What's your approach to organizing a collection?
I pretend that it’s 1971 and I’m Marvin Gaye wearing a very dapper fur-trimmed leather trench coat as I put together the running order for What’s Going On. A good collection should ideally work like a favourite album—perhaps you open big, with a couple of sure-fire anthems, but only as a means of luring the reader into stranger territory. I want my themes and situations to work in the way that reprise and refrain work in music.

What's the worst idea for a story you've every had?
From the point-of-view of a hedgehog. Or maybe it’s the greatest story I’ll never finish. (There was a problem with the pace.)

What's the best story idea you've had that you've never been able to write to your satisfaction?
I have any number of unborn masterpieces bouncing inside my head at all times and taunting me.  I’ve been trying to write a story about a chicken farmer in Jamaica for years, having never farmed chickens or been to Jamaica. But it’s called “Chicken Mary,” and how am I supposed to give up on a story with a title like that?

Where do you do most of your work?
At this particular moment in time, in the Quebec National Library in Montreal, because I don’t have the WiFi password and so am spared the temptation to waste my life amid the evil inanities of the Internet. I’m more usually found in County Sligo, in Ireland, where I work at home, in a former police barracks dating from the 1840s, and which appears, tragically, to harbor no ghosts.

In what other forms of artistic expression do you find inspiration?
I write screenplays. It teaches you a tremendous amount about how much or how little of a narrative spine a particular story might need to function.

What's the best and worst writing advice you've ever gotten?
The worst is "write what you know," which admits defeat for the imagination. The best is to put the story in the drawer for a while after you’ve finished it. I try to leave it in the drawer for at least six weeks, and by then its merits or otherwise are usually quite clear.

What obstacles have you encountered as a writer, and what have you done to overcome them?
I tend to write in the high style, more often than not, with the ambition of making a charged and luminous prose, and it can be difficult to keep the language from overwhelming the story. The only tactic is to work like a demon, and to listen very intently to your own work, and in as many different moods and circumstances as you can summon.

What's the shortest time it has taken you to write a story?
The first story in my first book, a story called “Atlantic City,” was written in about four hours spread over two mornings, and with hardly any subsequent revisions.

What's the longest time it has take you to write a story?
The second story in my first book, a story called “To The Hills,” was written over a period of six years and went to fifty drafts. It’s the story of a love triangle among three hillwalkers hiking the Wicklow mountains in Ireland. For the first forty nine drafts, it was eight thousand words long and I couldn’t figure what was wrong with it. I showed it to a friend who said the people are terrific, but there’s lots of description of the mountains. Now these were the most magnificent descriptions of the Wicklow mountains ever committed to paper, but they were killing the story stone dead. The fiftieth draft took about half an hour. I just cut all the descriptions of the mountains. The story was three thousand words for a finish. Writers can be inordinately dumb about their own work sometimes.
Posted by The Story Prize at 10:13 AM