In the first in a series of posts on 2014 books entered for The Story Prize, Lee Upton, author of The Tao of Humiliation (BOA Editions) offers her approach to avoiding writer's block. 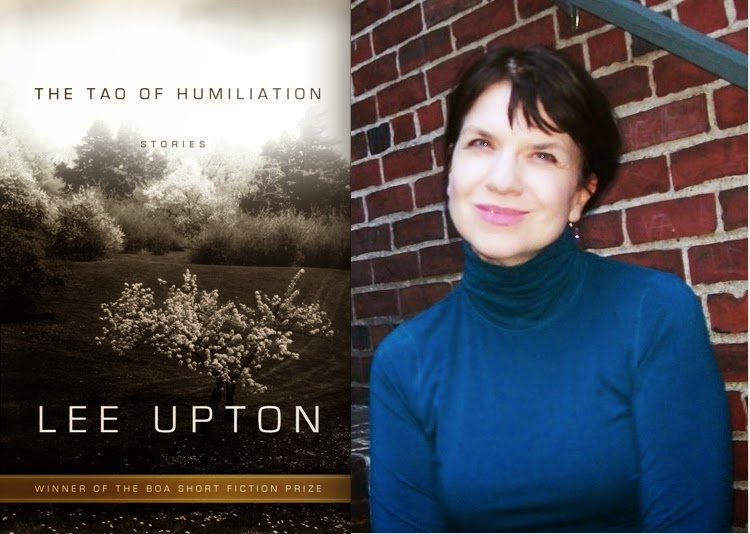 What’s the worst idea for a story you’ve ever had?
Halloween decorations come alive and kill.

What fiction that someone else has written do you wish you had written?
So much fiction by Iris Murdoch and Muriel Spark seems miraculous to me: Murdoch for the wild richness of her plots and the way her sentences distill sensation; and Spark for her ability to be both witty and harrowing at once.

What else (beyond books and writing) informs or inspires your work?
The Tao of Humiliation is inspired by humiliation. It didn’t require research. I remember moments when I have felt deeply humiliated, but then, in some instances, peace descended, as if all my defenses, including my illusion of control, dropped. The humor in my fiction arises because the circumstances that characters face are humiliating. I like the sort of humor that lets us see our fears magnified and forgiven. My characters are often vulnerable people who seek strength in all the wrong places. Yet sometimes their very vulnerability is a form of strength that they gradually recognize and claim. Here’s a list of what else, besides humiliation, inspires my work:


Where do you do most of your work?

Years ago I had to learn to write in various situations and places: in a department store lounge, on buses. I still rove a good deal—from my study to the couch to the bed to the kitchen table and back to my study and then to the couch again. It’s like circuit training.

What do you do when you’re stuck or have “writer’s block”?
I avoid being blocked by working on multiple projects. But I can get stuck in the middle of a project or realize I’ve prematurely closed off the exits in a story. When that happens I return to the beginning of the story to see what I’ve missed. I also think very hard about setting. Sometimes I try another point of view or add a character or combine characters or extend a scene. What especially helps: to consider what the primary character’s obsessions might be. What is the secret the character is denying? And how can I show more compassion for all my characters?

Stories probably should be as suspenseful for the writer as for the reader. When they’re not, it’s because they’re telling us something we already know in a way that we’ve already told it to ourselves. Sometimes being more ambitious helps. Trying a plot turn that seems impossible and bound to fail can create new excitement about the story’s potential. That sort of excitement may be the great icebreaking ship that plows through the heavy polar sheet of a stuck story.

Should literature help people live their lives—or is that asking for too much?
I’ve always asked too much from literature, and it has, nevertheless, helped me live my life by crushing my sudden attacks of despair. So far.

What writing advice do you have?
The best advice I ever received about writing: Relax.
And the best advice I give myself: Endure and be grateful.
Posted by The Story Prize at 7:44 AM