Arlene Heyman on Dealing with Self-Doubt and Rejection

In the 20th in a series of posts on 2016 books entered for The Story Prize, Arlene Heyman, author of Scary Old Sex (Bloomsbury), offers advice for when the going gets tough. 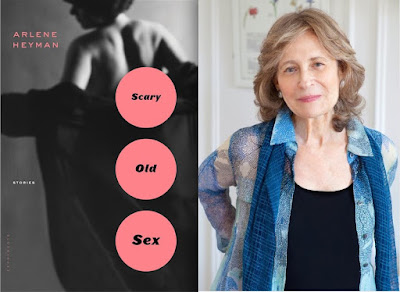 I'm working on a novel now and a few nights ago I had the sickening, dead feeling that it was no good, so I thought I'd write something about that feeling because it is as common and upsetting as a recurring nightmare. I also thought I'd take up how one deals with the endless rejections slips.

How to deal with the sickening feeling that occurs when what one has written seems no good
One feels one's self is no good. Jumping out a window comes to mind. A very experienced writer friend of mine, Judith Viorst (Alexander and the Terrible, Horrible, No Good, Very Bad Day), told me that she just takes for granted that if there are twenty lousy ways to write a poem, she will write her poem every one of those twenty lousy ways. No surprise there. She just hopes to get one good line. Then she has something to work with.

How to deal with all the rejection slips
Another writer friend (and former teacher of mine), Bernard Malamud (The Assistant, The Magic Barrel) told me when you send out a story, address the envelope and write up the letter to the next magazine so that when the story comes back, all you have to do is paperclip on the new letter and slip the story into the new envelope. Make sure you remove the rejection slip you just got. 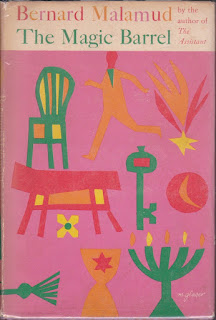 To bring his advice up to date (Malamud died before Internet submissions were standard) and also to bring to bear my own less upright take (Malamud was a very honorable man), I would recommend you blitz all the magazines at once. If a magazine insists on exclusive submission, give it an exclusive for a month at most. That magazine may hold onto your story for a year before rejecting it. (While my collection of short stories Scary Old Sex was garnering favorable reviews, I was receiving electronic robotic rejections from small magazines for some of those very same stories, stories I'd sent them at least eight months earlier.) After a month, send the story everywhere, and if you are fortunate enough to have two magazines accept it, choose the more prestigious magazine and apologize like crazy to the less prestigious one; those editors are not stupid—they will understand. No one lives long enough to give any magazine exclusive access to a story for more than a month unless the magazine has commissioned the piece and will pay you a kill fee. If you have an agent who can command a few-week turnaround, that's fine. But if you are not yet successful enough to have an agent send out your work, carpet bomb.

What these two pieces of advice have in common is that they go some distance toward making the horrible something to take for granted. If you operate under the "Yeah, yeah, what else is new?" view, you are being much more realistic. Every writer could spend a good part of her/his life feeling like a self-condemned murderer: "My first draft (my tenth draft) is awful; I don't deserve to live." Almost every not-yet-established writer receives so many rejection slips that s/he, if so inclined, need never buy wallpaper. The idea is to normalize the heartbreaking—not simply because it's good for your morale to realize that what feels wretched is just run-of-the-mill but also because as a writer, you have to see straight. You need to know the world as it is.
Posted by The Story Prize at 3:05 PM