Joseph Scapellato and the Story’s Intention

In the 15th in a series of posts on 2017 books entered for The Story Prize, Joseph Scapellato, author of Big Lonesome (Mariner Books), shares his process. 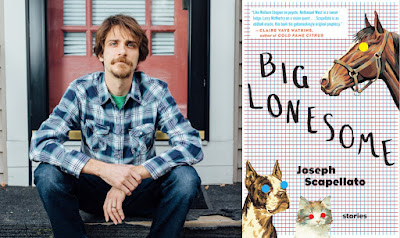 In the first year of my MFA at New Mexico State University, I was taught a concept that transformed my approach to writing and reading, a metaphor that I reach for every time I’m on the page.

I was in Robert “Boz” Boswell’s class. I was 22, with a tangle of facial hair that almost met the minimum requirements for “mustache,” with a tangle of short story drafts that almost met the minimum requirements for “readable.” I used every fiction assignment to try something different—I was writing to figure out what my writing was and wasn’t, what it could and couldn’t be, and despite the fact that nearly everything that came of this was caca, I was excited. I was in grad school: If I wasn’t failing, I felt, I wasn’t trying.

Boz nodded. As usual, something in his posture said, “I’m sitting outside,” even though we were in a classroom. His body seemed to want to be at a baseball game. He stood up to write on the board.


"When we first write a story," he said, "we have one or more intentions for it. Our intentions might be vague and simple, or specific and complex."

(The following examples are not the ones Boz used.)

We might say to ourselves, “I want to write a story about baseball.”

Or, “I want to write a first person story where a mother and a daughter go to a baseball game.”

Or, “I want to write a third person multiple-viewpoint-character future tense story with a simile in every paragraph and lots of foreshadowing, and it’ll be about a mother and a daughter who go to a crosstown series baseball game in Chicago and discover that every player on the White Sox and on the Cubs is a werewolf, and so are they.” 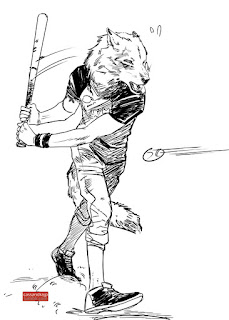 Whatever our initial intention happens to be, that’s what Boz would call the Writer’s Intention. It’s what gets the story going.

As we continue to write the story, however, there can come a moment when the story starts to “want” to be about something else.

The story that you wanted to be about a mother and a daughter going to a ball game begins to want to be about the daughter’s relationship with her best friend, who also happens to be at the ball game, sitting one row up, with a stranger.

The story that you wanted to be a third person future tense multiple-viewpoint-character story about a mother, daughter, and ballplayers who are werewolves starts to want to be a first person past tense story, told in one paragraph, from the point of view of the mother of one of the ballplayers, who also happens to be a werewolf, a werewolf who eats other werewolves.

Whatever the story starts to want to be or be about, that’s what Boz would call the Story’s Intention. It’s where the story’s going.

“The story is smarter than you,” Boz said.

Listening to this, I felt like I was leaving my body. What I was hearing was the confirmation of a feeling that, until then, I’d had no vocabulary for. What I’d thought had been a crazy and inadvisable impulse to trust surprise—to trust the moments when the story that you’re writing raises the bar on itself, and at the same time, raises the bar on you, its writer—was, in fact, advisable, if not perhaps a little crazy. It was a process that I could trust.

Without it, I wouldn’t have been as open to radically revising the beginnings, middles, and endings of every story in my story collection, over and over; I wouldn’t have stuck with the troublesome passages, poking them, prodding them, looking for ways to make them alive again; I wouldn’t have re-entered the stories I’d written six, seven, eight years ago, and with my editors’ help, used the old intentions to rework the stories from the inside out.