Dax Xenos on the Value of Reading the Dictionary

In the tenth in a series of posts from authors of 2018 books entered for The Story Prize, Dax Xenos, author of Mud and Stars (American Visionary Artists), discusses the importance of words. 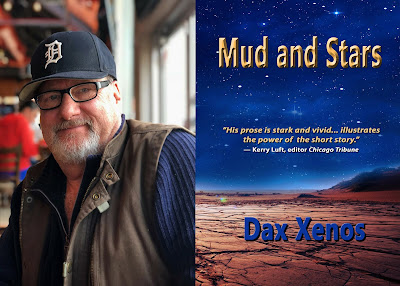 When I decided the most interesting thing I could do with my life was to be a writer, I was working as a lifeguard on the beach at Key Biscayne outside Miami. There was plenty of time to read, so I started in with the American Nobel Prize winners—Hemingway, Steinbeck, Faulkner. These were my teachers. They taught me how to construct phrases and paragraphs from words, the power of nouns and verbs and how the right adjective was like “a blow under the heart” (Hemingway).

Words. These are the building blocks of writing, just as bricks construct a house. Learning writing is like learning bricklaying or carpentry. While you may possess a strong interest or talent, writing is a craft that takes years to master. Since I was going to learn the trade of writing, I figured I had better learn about words.

I read the dictionary. Webster’s Third New International Dictionary, unabridged, in three volumes. I made myself read 20 pages every day, and each word I found interesting I wrote in a spiral notebook, reducing its composite meanings down to one sentence. Nine months later I finished and had about 5,000 words in my notebook, and in my subconscious mind. Today I rarely have to search for the right word. It pops into my head when I think of the context and the implications in a story. Reading the dictionary is an excellent way to develop not only a knowledge but a love of words. I found particular affinity for the V words: verisimilitude, veracity, valor, victory, vanity, vanquished, vivacious, voluptuous, variety.... Per letter category, V seems to have more interesting words than any other. 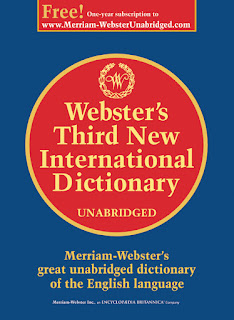 I once met a man who read the dictionary for pleasure, and we found an immediate affinity for one another. At one time WBW had been one of the richest men in America, flew airplanes, played polo with Prince Charles, was married to a movie star. He told me he had owned at one time or another just about anything a man could possess, but his most valuable possession was the words he had in his vocabulary. He saw words as little encapsulations of man’s knowledge and expressed the notion that a person could elevate his or her station in life simply by reading the dictionary. Words would enable a person to perceive opportunities he otherwise would miss.

WBW’s ideas were confirmed by a scientific study done by the Human Engineering Laboratory sponsored by General Electric. It wanted to find out how to make its employees more productive and happier in their work. Researchers interviewed thousands of employees and found that human beings are born with certain innate talents and by being placed in jobs where these talents could be utilized, not only did the employees perform better, they derived greater enjoyment and fulfillment from their work. Then the researchers went back through the data a second time, looking for a single characteristic that distinguished high performers from the others and found it to be a large vocabulary.

When I first decided to become a writer, I had a certain natural ability, as my early school work demonstrated, but I did not really know how to write, nor did I have anything to write about. Rather than follow the career path typical of my peers, I set off on a lifelong journey to learn about writing and about life. Over time I learned how to craft sentences that resonated in the minds of readers and clearly conveyed my intentions. I learned about life and the daily exigencies human beings faced with varying degrees of competence, joy, frustration, anger, guilt, and the panoply of human emotions.

And I read. Everything I got my hands on, from great classic literature by Dickens, Melville, Dostoyevsky, and Twain, to popular fiction, learning what to do and what not to do. I wrote stories, articles, ad copy, brochures, scripts, letters, anything in words I could get paid for to support myself and my family. The beautiful part about writing anything is the practice. You are making decisions, you are telling stories, you are creating a collaboration between your words and the mind of the audience. Whether you are writing text for a restaurant menu, a blog, a TV ad, a Pulitzer-winning play, a text message on a phone, or a great novel, the challenge is the same: using words to communicate.

Take some time and read the dictionary. It will be a journey you will never forget.
Posted by The Story Prize at 4:14 PM