Laura Furman on Balancing the Twin Demands of Truth and Fiction

In the 29th in a series of posts on 2011 short story collections entered for The Story Prize, Laura Furman, author of The Mother Who Stayed (Free Press), reveals the tripartite structure of her collection and the difficulties she had incorporating found diaries into her work. 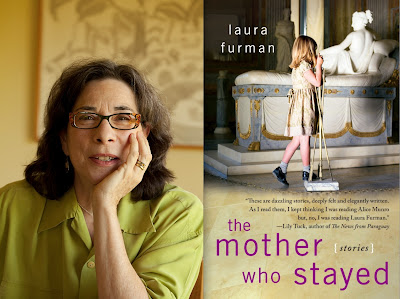 My collection, The Mother Who Stayed, is organized in three trios. The stories were written over a decade or so, and their arrangement in trios came about through my love of chamber music.

My intention was for each story in the trios to be viable as a work to be read alone. In combination with the other two stories in its trio, the individual story should gain resonance, deepen emotion, and produce a more complicated engagement with the reader.

In music, a theme is introduced and varied.

The second movement is often adagio, slower and sadder; it introduces its own themes and concerns while echoing those of the first movement.

While I was writing the collection, I wasn’t thinking about the arrangement of the stories but of individual stories and the problems they were presenting. For a long time, I struggled enjoyably with a set of nineteenth-century diaries that figure in the final trio.

In the early 1970s, I lived in upstate New York, and in my house I found the diaries of a farm wife from the years 1874-1902. About twenty years later, I finally read the diaries and started researching who the woman was, where her farm had been, and what her life was like. While I was reading about cheese factories and hired girls—and slowly getting to know the diarist, her family and community—I was also trying to use the diaries in fiction and finding it terribly difficult. The more I wrote, the more my desire grew to be faithful to the record this modest, unknown woman had left behind. Being faithful to a historical document isn’t the best way to make fiction come alive, a difficulty I find in many books of historical fiction when I feel a shift in tone from narrative to research report.

Years into the project, I was at Yaddo. In the isolation and quiet I found there, I felt myself come almost to the end of my rope.

The years I’d spent were wasted, precious time wasted on this life gone by. How could I balance the twin demands of truth and fiction? I had many pages of manuscript, boxes of different versions, and not a word was right.

Once again, I turned to the diaries, by this time in electronic files on my computer, no longer fourteen musty little notebooks. Then I closed those files and began to write from memory. I didn’t try to write a story. I just wanted to write the life I’d puzzled over for so long. A few times, I went back and retrieved a phrase I liked. One became a title—“The Blue Birds Came Today,” the middle story of the final trio in The Mother Who Stayed.