In the tenth in a series of posts on 2012 short story collections entered for The Story Prize, Stephanie Reents, author of This Kissing List (Hogarth Press), discusses her (so far) futile efforts at writing a story about cats. 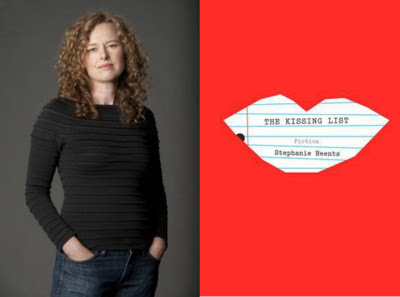 For many years (I should be specific here – at least ten) I have been trying to write a story about cats. This is one of the worst ideas I have ever pursued, and yet, because I have been blessed with some exceptional cats as companions (Luke, Tasha, Snowball, Clementine, Delancey, Dakota, and now Lenny), I haven’t stopped trying.

Haruki Murakami is also one of my favorite writers, and he’s brilliant when it comes to cats. One of his characters reads the minds of cats; another harvests their souls (see Kafka on the Shore). The first section in The Wind-up Bird Chronicles seems to turn on a single question: What happened to the narrator’s cat?  (Never mind the nameless woman who keeps calling and trying to entice the narrator into having phone sex as he cooks spaghetti or listens to opera.)

I started my first cat story (“Cats I Have Known”) just before I began a fellowship at Stanford. I remember sitting in my new apartment, scrawling page after page about cats. The story had no purpose, but I imagined that its wandering pointlessness might seem avant-garde or at least charming. Alas. Perhaps I invested days in this story because I missed my own cat, Dakota, whom I’d shipped off to my parents because of the difficulty of finding a pet-friendly share. In graduate school, I’d written a poem about Dakota. It was about how cats were like children, beloved, spoiled, and anthropomorphized until children came along, and then cats were cats, banished back into felinehood.

Unfortunately, the poem reminded the professor of a cat he’d had in graduate school. “Eloise was in heat,” he began. He was the kind of poetry professor who liked to tell stories from his personal life only tangentially related to class. They were often about sex. “Yowled all day and night,” he continued.  “She was an indoor cat, you know, so I decided to give Eloise a little relief. I took her into my office and masturbated her with the eraser end of a pencil. From then on, we couldn’t be in the same room.” 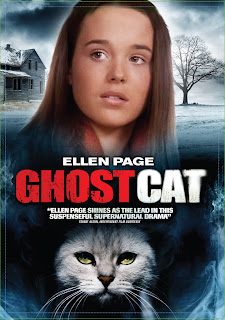 This should have taught me that writing about cats can be risky, and yet I tried again several years later.  My next feline fiction (“Lying With Cats”) dealt with a recovering alcoholic who discovers a van full of cats parked in New York City’s Chinatown. The cats’ owner—a slightly deranged man who steals cats from suburban neighborhoods—convinces the narrator that she might be cured of her addictions if she takes the cats (much like taking the waters) and crawls into the back of the van with them. Sadly, the cats just pounce on her, scratching and biting her, and she realizes that the only person who can save her is, of course, herself.

The last cat story I attempted (“Ghost Cat, Real Mice”) chronicled a woman’s life through her cat’s misadventures. On the final page, after the cat gets hit by a car and dies and mice invade the woman’s apartment, the woman dreams the cat comes back, but as a ghost: “A ghost cat chasing real mice.  Remembering the dream the next morning, she laughs – since dreams usually create the illusion of return, and her dream has only reaffirmed the cat’s permanent departure. It is strange, though: From this day on, the mice are gone, too.” I wanted to include it in my collection, The Kissing List, but my editor ixnayed the idea. (“Maybe it’s because I’m more of a dog person,” she said kindly.)  My writing group suggested that the piece would be improved by narrating it from the animal’s perspective.

Why do I keep trying to write about cats? Is it because I am a crazy cat lady? (I have always limited myself to just one whiskered creature at a time.) My last cat, Dakota, was important to me. She moved with me from the Lower East Side of Manhattan to Tucson, from San Francisco to Lancaster, PA. She survived pit bull attacks, cross country drives, airplane trips, and my own youthful recklessness. She was an excellent companion, and one of the most consistent things during my itinerant 20s and 30s.   Maybe I keep writing cat stories to try to convey how important animals can be.

It’s also the job of writers, I think, to take improbable, tired, or even just plain old atrociously bad ideas and try to make them work—to write surprisingly moving fiction about subjects, people, ideas, and even little animals that most of us breeze by (or find distasteful or try to avoid, etc., etc.) in real life. And though I haven’t succeeded yet, this is why I still have my claws in cat tales.