In the 42nd in a series of posts on 2012 short story collections entered for The Story Prize, Eugene Cross, author of Fires of Our Choosing (Dzanc Books), tells how he got hooked on writing. 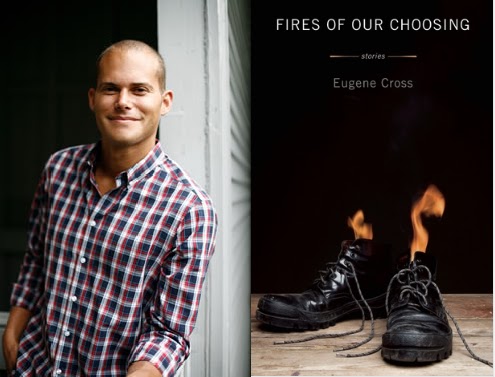 What I wanted to be, for a while anyway, was a pediatrician. I settled on this career the way you might pick out an entrée at a fancy restaurant where the entire menu was printed in a foreign language. It just sounded good. Never mind that most science remains far beyond my levels of comprehension or that it bores me to tears. I would administer flu vaccines, damnit. I would mend broken bones, and wear a white lab coat. I would grow old and wonderfully eccentric, disappearing to the Keys for months at a time.

All that was before Bio I. And Chem I. Both of which plucked me from the pathway to a medical career like the weed I was. Then I drifted for a bit, and that was alright too. Until it wasn’t. I wanted a purpose, a passion. I just hadn’t found one yet.

I was in school in Pittsburgh, fulfilling as many Gen Eds as the University would allow. I was preparing myself for any course of study, waiting to be bitten. I wanted to call home in a flurry of excitement and say “Mom! Dad! Guess what? I want to be a _____!!!” 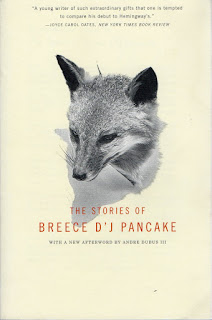 Somewhere along the way I took a creative writing course. My instructor, a young grad student named Bill Kirchner, would surely shudder at the clichéd sentence that precedes this one. But that’s really what happened. (He’d shudder at that response as well.) He strode into the cramped classroom in the towering stone Cathedral of Learning and gave us our reading list: Lewis “Buddy” Nordan, Ray Carver, Yusef Komunyakaa, Etheridge Knight. This list might embody his aesthetic, or it might not. Either way I was hooked. We were an hour north of Morgantown, West Virginia, and somehow the literature of that place seeped into our studies as well. Someone handed me a copy of Breece D’J Pancake’s story “Trilobites,” and that was really it. I reread it over and over, and have done so periodically ever since. It seemed to be about everything: fathers and sons, war, love, violence, sex, mothers and sons, limitations, the earth the sky. Everything.

The narrator, a young man named Colly, has been left in charge of the family farm in West Virginia after his father’s death, and he’s no farmer. The whole crop has gone to blight. His mother wants to sell and move near family in Ohio, but Colly can’t come to terms with it. His high school girlfriend, Ginny, has returned for a visit from Florida, and she’s changed. Everything has changed. Everything but Colly. The story felt so familiar.

I took every writing and literature class I could fit into my schedule. I read Munro, and O’Connor, and Ford, and Erdrich, and Wolff. I wrote really bad stories. Lots of them. I kept working at it. I’m still working at it. My parents finally got that call, only this time, the blank was filled in. “Writer,” I said. “I want to try to be a writer.” That was a long time ago. I’m still trying.
Posted by The Story Prize at 12:15 PM