In the 35th in a series of posts on 2012 short story collections entered for The Story Prize, Johnny Townsend, author of Marginal Mormons, tells how not fitting in has spurred his writing. 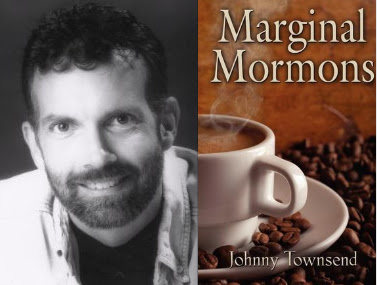 Mormons are the only religion that considers Jews to be Gentiles. Mormons are the real “chosen people,” members of the One and Only True Church. They are a separate people and have a testimony that they are superior to others.

I suppose most groups feel this type of superiority and justify it in whatever way they need to. And like many such groups, you are only one of the “good” ones if you fit in perfectly. Mormons are nothing if not religious Stepford Wives.

Only I learned early on that I didn’t fit in. I was gay, and gays were evil. I tried not to be evil, of course. I went to Seminary classes for four years. I read the Book of Mormon 11 times. I served as a missionary for two years overseas. I prayed and I fasted. I wanted to be good.

Even after being excommunicated from the Church and shunned by friends I’d known for years, I never hated the Church. There are many things about it which I still like. I simply don’t agree with it’s insistence that there is no room for diversity.

So I write about the Mormons who don’t fit in. In story after story after story, I show Latter-day Saints who slowly come to the realization that it is okay to be different and to think for themselves. In some ways, this means I have a very niche audience, but honestly, I believe these are universal issues. Almost everyone from any culture at some point has to learn to make choices based on what they personally think is right, and not just on what they are told to believe. 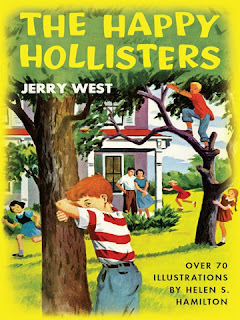 I first decided I wanted to be a writer long before any of these questions entered my life. While still in elementary school, I committed myself to writing books as good as that wonderful Happy Hollisters series. (I recently reread one of them, horrified to see how poorly written it was, but I was captivated as a child.)

I also read Conan Doyle’s The Lost World and later became a big fan of Robert Heinlein’s juvenile science fiction books. I wanted to bring the same kind of joy to people’s lives that these authors gave me. At the age of sixteen, having heard that Mary Shelley wrote Frankenstein while still a teenager, and having read that Edgar Rice Burroughs wrote one of his books in a week’s time, I set out to write my first novel, a science fiction adventure.

It took me a year, but I did it (and you can be grateful that I later destroyed it). I destroyed my second novel as well, another SF narrative. But in college, I started signing up for writing courses, and they all focused on short stories. I began telling tales of my missionary experiences, and a few years later, when I came out, began writing gay stories.

It took a while before I realized that what worked best for me was telling Mormon stories in general, whether gay or not. I’ve written stories in one sitting, in just a couple of hours, and other stories have taken me many weeks to complete. When I’m having trouble writing, I make myself write just one paragraph but commit myself to making sure that one paragraph isn’t boring. I can worry about the following paragraph another day.

I can get inspiration anywhere, from a phone call from my aunt, an email sent by a gay Mormon group, listening to my in-laws in Salt Lake, or simply talking with my partner, another ex-Mormon. I get ideas from newspapers or from watching coworkers. Ideas are everywhere. I usually write one story a month, sometimes two. The most important thing is belonging to different writers groups where I can both get and give feedback on writing. Few writers are good enough to get it completely right all by themselves.

I suppose I am envious sometimes when other people write something wonderful I wish I’d written. Shirley Jackson’s “The Lottery” is exactly the kind of thing I aim for but rarely achieve. If I could write a novel, it would be To Kill a Mockingbird. But I don’t have the experiences and insights of those other authors. I only have mine, so I try to create the best stories that I can write.

I want to entertain, enlighten, and give hope to people that becoming a person in their own right is something they can do, no matter what culture they come from or belong to.