In the 12th in a series of posts on 2014 books entered for The Story Prize, Elizabeth McCracken, author of Thunderstruck (The Dial Press), discusses how and why she returned to writing short stories after more than twenty years. 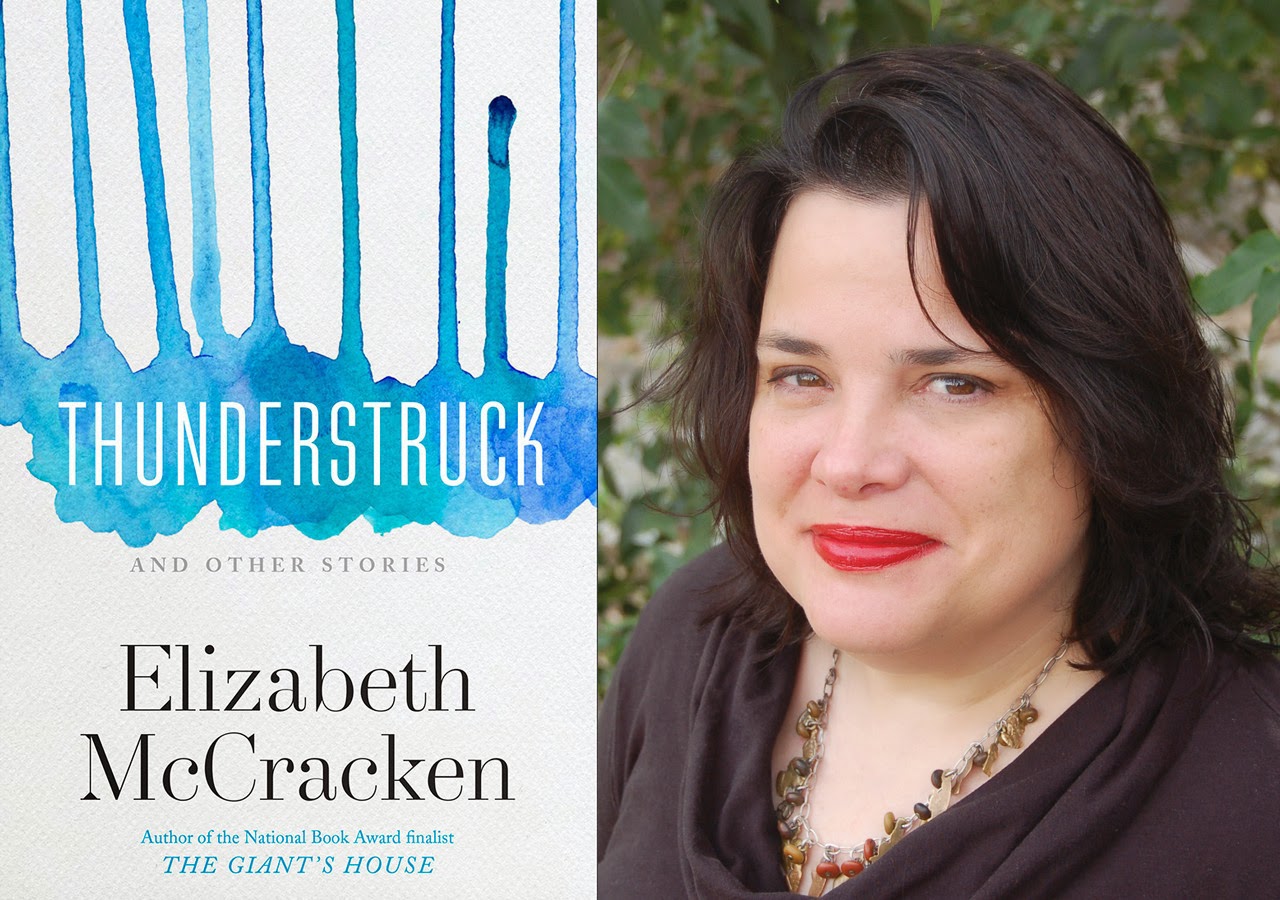 It’s been 21 years since I last published a collection of short stories. More than two decades: last century, last millennium even. Around the time I was writing stories for that long-ago book, my friend Bruce Holbert told me that he’d heard that a short story was like a passionate love affair, and a novel a long marriage. I’m a pessimist and a complainer, so I translated this into terms I understood: A short story was a blow to the solar plexus, a novel like a long lingering illness I might never recover from.

Once I started writing novels, I discovered something: Novels are easier than stories, perhaps in the way that a long marriage is easier than a series of passionate love affairs. A novel, a good one, is forgiving. You can misstep, digress, dither. You can take time off. Things that bother you are not a reason to break up, as a reader or a writer. You think, True enough, I didn’t anticipate this long flashback that takes place in a terrible house in a dull town, but I’ve grown to love this novel: It can bore me a little if it wants to. As a reader, I not only forgive digressions, I love them. As a writer, I hope I’m not alone in that.

So years ago, maybe 20, I decided I was done with short stories and would only write novels. To return to my own metaphor: You’re less likely to get punched in the solar plexus if you’re lying in bed with a lingering illness.

Yet here we are in the 21st century, and I’ve published another collection of short stories. What happened: I wrote two novels that I threw out. By wrote, I mean finished multiple drafts over multiple years. Giving up on the first was difficult but eventually bracing; giving up on the second was something I’m not entirely sure I’m over yet. Or—to continue Bruce’s metaphor—over the past decade I went through two terrible divorces in a row and I wasn’t willing to commit to a long-term thing. I wanted to be able to jump in with both feet. I wanted to devote myself to what I was writing with my whole heart. I didn’t think I could do that with another novel, but with short stories I could, one at a time, and then I had a book’s worth.

The short stories I wrote in my late 40s are different, I guess, from the stories I wrote in my early 20s, though if I were to try to guess why I might unravel my writerly brain. Speaking, as we were, of love: love is different at different times of life. My first collection was nine stories, eight first person and one (the last written) in the third. My second collection is also nine stories, seven in the third person, one in the first person plural and one in the first person singular. What does this mean? Is it age, or is it just what I was interested in at the time?

I don’t believe that writers simply improve as they get older—though I hope I have in some ways. I do believe they change. There are things you can write when you’re 25 that you will never be able to write even five years later; I can’t explain it but I know it’s true. I couldn’t have written my second collection twenty years ago and I couldn’t write my first one now. Obsessions persist: falling apart houses; strange exhibitions of human beings; murder; the impossibility of knowing your parents, your children. I’m different, and I’m not different. I wrote a book. That’s the story of any writer’s life.
Posted by The Story Prize at 8:00 AM