In the eighth in a series of posts on 2014 books entered for The Story Prize, Kelly Cherry, author of A Kind of Dream (Terrace Books), discusses her interest in linked stories. 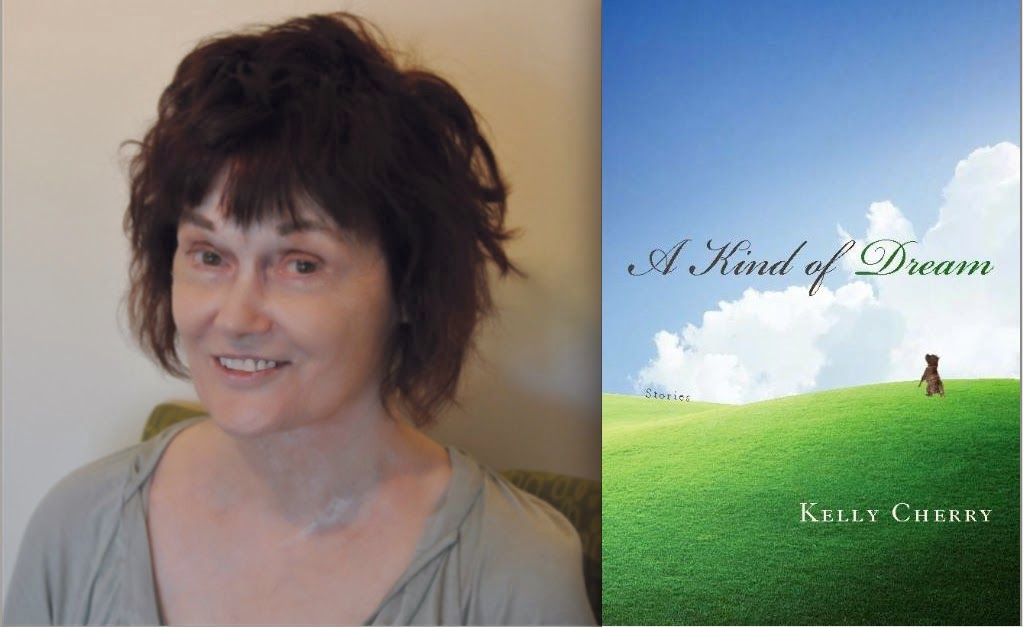 My first husband borrowed something I'd written and showed it to his friend. "Is she," he asked the friend, "talented enough for me to marry her?" As you might guess, the marriage didn't last, and when it ended, I felt I had lost five years of writing time (the marriage plus recovering from the divorce). I published a first book of poems with a small press and a first novel with Viking. Then I found myself thinking about what else I wanted to write.

I made a list. I thought of it as my bookshelf.

Not every book title I had on that list came to fruition, and editors changed a few of my titles despite my protests. But in between writing books on the list, other titles revealed themselves, as if they'd been lying behind some other book on the shelf.

This was not compulsive. I never felt I couldn't make room for another book, and at least twice I had to acknowledge that a book had failed, or, rather, I had failed the book, and I dumped it. But I had a lot of ideas. They are all around us, you know. All you have to do is reach up for one and it drops into your hand.

Publishers are not so plentiful and after a while, I no longer had an agent, so I couldn't submit to the big houses. My work was better, but I was older, which meant, to publishers, not new. Instead of novels, I took to writing linked stories, or novels-in-stories, a form I love. I've written a trilogy of linked stories. I call it "A Divine Comedy," which is what the ex-wife of a main character says when she describes the off-Broadway play she has written about him. "It's such a divine comedy!" she chirps.

To some degree, writing linked stories is like making a collage. Pieces need to be usefully shaped and carefully placed. It is also, and more, like orchestrating a symphony, as is a novel: Characters and events need to enter and leave quite like various instruments or instrumental sections.

I was born into a family of musicians. My late younger sister used to tell me that my poetry is my music, and I admit I liked to hear her say that. But I think that different genres require different musics because their fundamental elements differ: the sentence for the story, the scene for the novel, the paragraph for the essay, and the line for poetry. (I recognize that other people have other views, so I won't try to push mine here.)

The biggest influence on my work is not a literary figure, although there are a number of literary figures, past and present, who have influenced me or sent me in this direction or that; it is Beethoven, especially in his late string quartets and piano sonatas. I feel I've learned a great deal from him, and if I'm not Beethoven, it's not Beethoven's fault.

My second husband (much nicer than the first!) and I recently discussed what books might have been within our compass to write if only we'd thought of them before their authors did, if only we were capable of writing them: what books we'd read that we felt closest to and, maybe, almost able to write. I chose The Magic Mountain and Grace Paley's stories. Where stories are concerned, on another day I might have picked "A Still Moment" by Eudora Welty or Chekhov's "The Kiss." I suggested Heart of Darkness for him, and he smiled.

About stories I want to say this: The wonderful fictionist Fred Busch may have been correct when he said that short stories are about death; that is, about their endings. Lorrie Moore may be right when she says the ending of a story should subvert what came before. Russian absurdists may have been right when they dreamed up preposterous, and often hilarious, plots. But I think Fred Busch wrote the endings that came to him. I think Moore has looked at her work and noticed that she tends to subvert the beginnings of them. And I think Russian absurdists knew very well what it was like to live under an absurd regime. The doing comes first, theory after. Never trust a theory too far. What counts is the doing.

As for what I hope to do? I hope to complete my bookshelf. There are at least two more books of short stories on it.
Posted by The Story Prize at 7:30 AM