Johnny Townsend Writes What He Knows

In the eighth in a series of posts on 2016 books entered for The Story Prize, Johnny Townsend, author of The Washing of Brains, discusses the particular niche his fiction occupies. 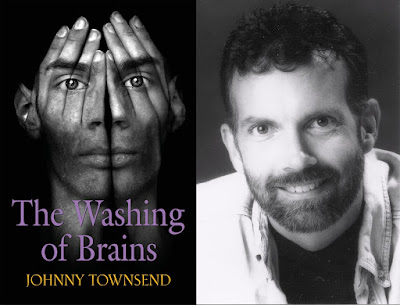 One of the comments I hear most often when I tell friends about my books is, “Your writing is too narrow! You need to broaden your appeal!” And in a sense, they’re right. There can’t be that many people reading about disaffected Mormons. And it’s not every Mormon who will pick up a book entitled Zombies for Jesus or Sex Among the Saints.

Today there are so many gay novels being written that an author could easily be lost amid the crush of publications. And this is my beef with the criticism in general. My friends tell me to stop writing about Mormons and ex-Mormons and instead “just write about people.” I assure them that it is hard enough rising to the top among a pool of fifty writers. It would be next to impossible even to be noticed among a pool of tens of thousands.

And I have another beef with the criticism. No good author writes the sentence, “The woman put on her best dress, looked in the mirror, and knew she was ready for a fun evening.” What in the world does the reader now know about how that character looks? We need specifics. Details are what make a story interesting. William Faulkner created an entire career writing about the folks in small-town Mississippi. Those weren’t just “people.” They were from a very specific culture and environment. 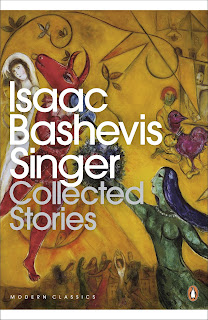 I’ll go one further. Isaac Bashevis Singer wrote about ultra-Orthodox Jews in the shtetls of Eastern Europe. How’s that for a niche audience? Especially since by the time he wrote those stories, that entire culture no longer even existed.

I hardly need to remind anyone that both Faulkner and Singer won the Nobel Prize for Literature.

So did Sigrid Undset for writing about Norwegians of the Middles Ages. As did Halldór Kiljan Laxness for writing about the Icelandic people. And Miguel Angel Asturias for writing about the indigenous peoples of Latin America. If you look at the history of those awarded the most prestigious prize in literature, almost all of them were writers who chose to write about very specific subsets of people because they realized that one could only honestly tell the universal by detailing the particular.

There’s no guarantee that I’ll ever sell more than four hundred copies of Mormon Underwear or Marginal Mormons, much less win any recognizable awards. But if I just write about generic “people,” I’m even less likely to be noticed. There is simply too much competition out there. It’s not a matter of being a big fish in a small pond. It’s a matter of finding any water to thrive in at all.

I’m involved in the Mormon literary community, such as it is. I proofread for a progressive Mormon magazine (yes, there are a good three or four hundred progressive Mormons out there!). I proofread and edit for a small Mormon publisher. I help critique the work of other Mormon and ex-Mormon writers, and they do the same for me. I financially support their work as well when I can. At the very least, there is camaraderie inside the niche.

Plus I follow that age-old maxim: write what you know.

Yes, I have a very specific audience, but the fact is, at least I have an audience. And there’s always the hope that with a little skill, some hard work, maybe a bit of useful marketing, and that special ingredient of luck (or Divine Ex-Mormon intervention), I can eventually reach that mythical “larger audience,” who I firmly believe care as much about specific people as they do generic ones.
Posted by The Story Prize at 11:10 AM